Since the start of the pandemic, we saw Malaysians craving for more than the usual indoor activities like roaming around shopping malls. Many are gravitating towards exploring the great outdoors even more, and rightfully so, because Malaysia has plenty of outdoor adventures to be had.

The Malaysian rainforest is one of the oldest in the world – it is said that it dates back to a time when dinosaurs roamed the earth. Now, that’s a national treasure worth exploring, understanding, and protecting.

If galavanting the nation’s incredible national parks sound right up your street, read on and make a trip to one of these fine destinations.

Taman Negara, when translated into Malay means ‘national park’. It is Malaysia’s largest and also one of the oldest parks in the world, said to be over 130 million years old. Stretching over a million acres of land across Pahang, Terengganu, and Kelantan, it provides refuge to many wildlife and plant species through dense jungle vegetation, enormous caves, streams, and rivers.

Being one of the most popular national parks in the country, it offers plenty of ecological-based attractions. Booking a day tour of the park will give you a glimpse into all it has to offer. Starting with the Canopy Walk, a bridge suspended 40 metres above the ground, draping over the forest treetops, followed by a trek to Bukit Teresek.

Visit an Orang Asli village and experience the force of the Tembeling River in an activity called Rapid Shooting, where a guide takes you through some massive rapids in a long wooden boat.

If you’re one for adventure, attempt to scale Gunung Tahan, one of Malaysia’s most challenging trails. Reaching the summit will involve up to four days of battling the dense jungle, rough rivers, navigating muddy trails, and meeting plenty of the jungle critters.

A quick jaunt from George Town will bring you to one of the country’s smallest national parks. Still, it is home to 417 plant and 143 animal species. How impressive is that? The Penang National Park holds many natural wonders and is perfect for a day excursion.

Start by hiking the North Trail to Monkey Beach, just over an hour’s walk along the park’s coastline, where the cerulean waters tease the white sandy shores inhabited by Penang’s crab-eating macaques.

The West Trail will lead you to Kerachut Beach, also known as Turtle Beach, which is not far from the Meromictic Lake — a natural saltwater and freshwater lake that doesn’t mix. Find respite on the beach as it hardly draws a crowd. However, if you plan to take a dip in the ocean, be on the lookout for jellyfish that tend to find themselves relatively close to the shore.

If you want to visit the park’s beaches without hiking the trails, you can book a boat tour that averages around RM100 for a round trip.

The southernmost part of Peninsular Malaysia in Johor is home to the second-largest protected tropical rainforest after Taman Negara. The park has two entrances; the Endau-Rompin Peta that leads to the upper Endau River Valley and Endau-Rompin Selai, where you’ll find cascading waterfalls and the Goliath-sized trees of the Selai River Valley.

Unlike Taman Negara, you will not find restaurants, resorts, canopy walks, and other comforts here. The experience is raw and hands-on but worth exploring as it’s one of the world’s oldest rainforests.

A trip here demands hiking up one of the many waterfalls in the area, including Takah Pandan, Takah Pengkoi, and Takah Tinggi, amongst others. Take a mid-hike dip in the icy cold waters of The Blue Water Lake (Tasik Air Biru) or go tubing down the Selai River.

Close to the park’s entrance in Kampung Peta, you can visit an Orang Asli village and learn about the Djakun tribe or Orang Ulu, meaning ‘people of the upstream’. Before the establishment of Endau-Rompin National Park, the Djakun tribe lived off the land by the river and rainforest. Being hunter-gatherers, they now perform cultural shows to tourists, demonstrating how they hunt, trap fish, and live in the rainforest.

*In Bahasa Malaysia, the word ‘Djakun/Jakun’ has been coined as a derogatory term associated with racial slurs that imply a person is backwards and primitive. When visiting the aboriginal villagers, it is important to remain respectful of their culture, name, and beliefs.

Established in 2005 to protect the beautiful mountain ranges and the wildlife that resides in them, Gunung Ledang is a popular climbing destination for locals and tourists all over the country who attempt to scale the 1276m peak of Mount Ophir. However, there is a small entry fee for those who want to visit the park.

Mount Ophir, Johor‘s highest peak, is one of the park’s main attractions. There is a small registration fee and an additional RM140 to hire a park guide which is a requirement for those who wish to climb the mountain. The hike itself is challenging, but can be done in a day within five to six hours.

Less arduous activities are available at the park’s entrance, Taman Hutan Lagenda, including nature walks, picnics, and camping by the river, which are favourable for families, school excursions, and company trips.

Explore the largest cave chamber in the world, Sarawak Chamber. A subterranean labyrinth of passages filled with bone-coloured pillars, bats, and swiftlets who make the most sought-after edible bird’s nest. The Sarawak Chamber is the longest known cave in the world and requires an expert guide to aid you in navigating the tunnels.

With much to survey in the park, booking a 4-day and 3-night tour is a great way to hit up all the major spots so you can make the most of your trip. The itinerary includes a tour of four caves — Deer, Lang, Wind, and Clearwater Caves and a trek to the limestone pinnacles on Mount Api (Gunung Api).

This is no walk in the park and requires great fitness, endurance, and experience in hiking and rock climbing to reach the peak.

Less than an hour’s drive from Kuching, Kubah National Park is an unmissable landmark destination when you’re in Sarawak. Known as ‘the world of palms’, it is also home to various rare ferns, wild orchids, pitcher plants, and a range of palms.

The park has trails for hiking, biking, and running. It is smaller compared to the other forest reserves in the country but is packed with attractions for everyone in the family.

Kubah Waterfall Trail is a two and a half-hour hike through the dipterocarp forest, with sections of the trail aided by wooden steps crossing over streams and swamps that lead to the waterfall.

There are over 100 species of birds in the park, so keep a camera handy if you spot any. Some of the park’s inhabitants include the Bornean black magpie, the Bornean blue flycatcher, and the yellow-rumped flowerpecker.

Head to Matang Wildlife Centre, home to orangutans, the Malayan sun bear, and other endangered animals. The centre serves to rescue and rehabilitate animals that have been kept illegally as pets before releasing them back into the forest.

Contact the centre to find out more about their eco-tourism efforts.

A short drive from Miri will bring you to Lambir Hills, recognised by scientists and researchers worldwide as one of the most ecologically diversified areas to date. It is ideal for trekkers, researchers, bird watchers, and photographers. Over 6900 hectares of land and hundreds of species of flora and fauna make up this complex ecosystem.

Take a half-day tour of Lambir Hills and get a rich download of the various tree and plant species as you walk along the forest. A guide will also point out mushrooms, moss, lichen, fern, ginger, and palms to you.

Keep an eye out for the local wildlife; you might spot a pangolin, barking deer, the red giant flying squirrel, and more. End the hike with a refreshing swim in a stream by the waterfalls.

Kinabalu National Park was declared Malaysia’s first UNESCO World Heritage site in 2000. Its main feature is Mount Kinabalu, the highest peak in Borneo and the Malay Archipelago, and has a rich assemblage of plants and animal species.

A bucket list activity for many Malaysians who visit Sabah is to climb Mount Kinabalu, and there are plenty of tours to choose from. The subalpine ecosystem of Kinabalu makes room for many plant species that are not found in the rest of Malaysia.

Spend a few nights in one of the many lodgings in the park and wake up to scenic views of the mountain ranges as you embrace the cooler temperatures. It is an experience like no other.

Crocker Range is one of the country’s most precious protected reserves, as it is the largest state terrestrial park in Sabah, bordering the hills, mountain ranges, forests, and deep river valleys.

If that does not blow your mind, it is approximately twice the size of Singapore. This rocky topography is home to many endangered species and is diverse in landforms and temperatures – it promises to be quite the adventure.

There’s hardly anything in Croker that is not built for adventure junkies. Whether you choose a five-day trek on the Salt Trails — a jungle trekking route once used by village traders, go white water rafting on the Padas River, or spend a few nights climbing Mount Trus Madi, the second highest peak in Sabah, the journey will be as transformative as the atmosphere itself.

Tawau Hills Park was established in 1979 as a way to protect the water catchment in the area consisting of five major rivers that form many of the park’s natural deepwater pools and waterfalls. Three volcanic mountains rest here — Mount Magdalene, Mount Lucia, and Mount Maria that will have you spellbound with their beauty.

Walk among giants in Tawau Hills Park — the Yellow Meranti is the tallest known tropical tree and grows up to a whopping 300 feet tall. There are trails catering to hikers of all levels here, but exploring with a local guide will serve you best while navigating the dense forest of the hills.

Take a trip to Tabin Wildlife Reserve, tucked in the Tabin Wildlife Resort (the largest wildlife reserve in the country), where they work to build responsible and sustainable tourism initiatives. The reserve is home to the Borneo pygmy elephants, banteng (a type of cattle), the Sunda Leopard Cat, and other endangered animals in the area.

Just outside the park is a cocoa plantation in Teck Guan Cocoa Village, where visitors can learn about the cocoa plants while enjoying some sweet chocolate treats. The village also hosts plenty of activities on the ground for visitors, like trekking the Teck Guan Cultural Spring and acting as an observation point for the natural columnar jointing basalt rocks by the Balung River. 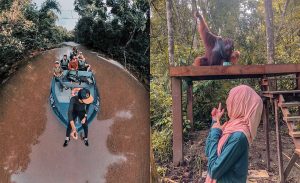 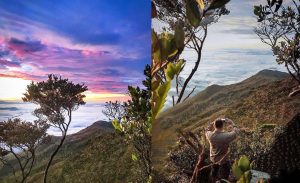 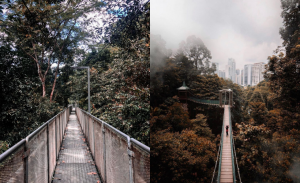 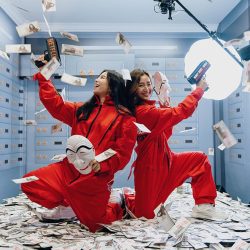 
#RompakDaebak: You've Been Recruited For...