As we all have seen in Hollywood movies with star-studded ensembles, when midnight strikes on 31 December, eyes all over the world naturally look up, and often they look at the clock before gazing into beautiful firework displays. And what’s not to love about fireworks? They’re beautiful and a symbol that’s closely related to “brand new year, brand new me.”

While most firework shows adequately draw the ‘oohs’ and ‘ahhs’ that they’re expected to, there are a few that are so spectacular and making a comeback that has been long awaited by locals and travellers alike.

Ready to be wowed? Check out these nine places around that are sure to impress with their whole arsenal of fizzes and bangs:

Before the European time zone rings in a brand new year, the Land Down Under is already welcoming it with revelry, partying, and fireworks. On New Year’s Eve, more than 1.6 million Australian and foreign visitors in and around Sydney Harbour participate in viewing the fireworks display at countdown.

As a matter of fact, multiple parties around the harbour claim themselves to be the ‘prime viewing location’ for the world-famous fireworks — so whether you’re under the bridge, on a yacht, or even a hotel facing the harbour, you know you’ll get a great view. So, what are you waiting for? Plan your party with one of the first cities to ring in the new year, and check out Sydney’s official website for info.

Surround yourself with top-notch party vibes when you spend New Year’s Eve in Hong Kong, with a symphony of lights and dazzling fireworks that will wow even the grumpiest person. Such a celebration at Victoria Harbour is truly a sight to behold, no matter your plans in the city. You can also go on a unique cruise to witness the vibrant 10-minute musical fireworks and light show over the water.

Worried that the little ones might poop out early? Hong Kong Disneyland hosts spectacular light shows at 8:30pm daily, taking visitors on a heartwarming 20-minute journey through all the favourite classics.

Looking to go into the new year with a star-studded cast of music and canto-pop sensations instead? Keep an eye out on the Hong Kong Tourism Board’s official website here for details on the annual countdown concert!

In the capital city of Bangkok, tourists and residents, young and old, combine in the city’s historical Phra Nakhon waterfront district to celebrate New Year’s Eve. Like many Asian nations, Thailand celebrates the Chinese Lunar New Year, Thai New Year, and European New Year, making it a super lively and colourful time with lanterns and light shows in the first few months of every year.

For the more traditional celebration, you can look forward to the smoke and mirror show over at ICONSIAM overlooking the waters of Chao Praya River. Make your way over to the land of smiles and browse the available parties here to kick off 2023 on the right foot.

The Marina Bay Countdown returns after a two-year hiatus and promises to be bigger and better than ever! Book a room at Marina Bay Sands if you wish to have the best view of the illuminated night skies. For those who want to attend the fireworks musical extravaganza, ticketed shows will also feature performances and pyrotechnics.

Marina Bay will also be holding the Great Bay Fiesta, a fun carnival ground where carousels, carnival games, food stalls, and fun times await. More details on the tickets and programmes will be announced closer to the date; look out for them here.

You won’t be able to miss the enormous Petronas Twin Towers, standing at a lofty 451m and icons on the Kuala Lumpur skyline. And you won’t be remiss to think it is also the perfect backdrop for the stunning fireworks display.

While the mood has been a little sombre over the past few years no thanks to COVID-19, the main event remains at KLCC Park, an enormous 50-acre public park where thousands gather to enjoy the festivities. Look forward to live music, miscellaneous entertainment, and of course, an epic fireworks display.

There’s usually a big countdown outside Pavilion shopping mall as well, with various locations just a stone’s throw away, such as Changkat Bukit Bintang and Downtown KL hosting parties and shindigs of their own, so expect crowds wherever you go. Plan early and check with whichever venue you plan on if they have tickets or a reservation policy.

If you’re looking for an opulent way to start the new year, there’s nowhere that promises luxe the way Dubai does. Think fireworks over a dramatic skyline dotted with the famed and highest skyscrapers in the world. It should be no surprise that the annual New Year’s Eve fireworks in Dubai are a highlight of the city’s festive calendar.

From Downtown to Dubai Marina, the sky lights up with New Year’s Eve fireworks in Dubai with the most spectacular displays we have ever seen and (the best part) they’re free to watch. Only some of the fireworks shows in Dubai are confirmed as of yet, but some areas almost guarantee you a slice of the action, such as the Palm Jumeirah Boardwalk and Dubai Water Canal.

From the multiple resignations of Prime Ministers to the passing of the British empire’s longest-reigning monarch, it’s not difficult to believe that 2022 is in its last stretch. If you’re planning to go to London to ring in the big 2023, AFP has reported that crowds can attend the new year fireworks on 31 December for the first time since 2019.

More than 100,000 people will be able to watch the annual display in the British capital, with the first tickets already up for sale. Visit London offers information about tickets and accommodations near the fireworks display here, should you be interested.

In the era of hyper-social sharing, you might be tempted to time your new year’s kiss amidst the foot of the Eiffel Tower with fireworks exploding high above. Our recommendation? Have dinner and a drink (book in advance as it is the most romantic city in the world and one of the most romantic nights in the world, after all) and pack your own bottle of champers for the stroke of midnight. The traditional New Year’s Eve in Champs-Elysées is magnified by the illuminations, and the lights take centre stage with breathtaking fireworks.

Paris also traditionally organises a show from the Arc de Triomphe, free and open to all, to celebrate the transition to the New Year. This festivity will include an electronic music concert followed by fireworks of around five to six minutes fired from the Arc de Triomphe counting down from midnight, so all you have to do is show up!

While Icelanders may tend to migrate indoors between 10:30pm and 11:30pm on New Year’s Eve (to watch a hugely popular comedy satire show rounding up the year), the streets of Reykjavík come alive half an hour before the bell tolls. As fireworks are not illegal, families and friends in Iceland gather around for their own fireworks show, and the result is about 500 tonnes of fireworks lighting up the sky.

Not a fan of the smoky closeup delights? You can still enjoy yourself in the wee hours long after the bars close with glorious flashes of lights in the sky all through January. We are, of course, talking about the Northern Lights — nature’s own fireworks display. 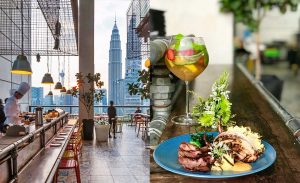 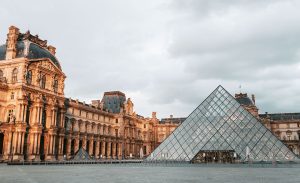 From Paris, With Love: 12 Non-Gimmicky Spots For A Romantic Time 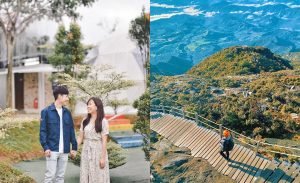 8 Of Malaysia’s Dreamiest Places To Get A Proposal 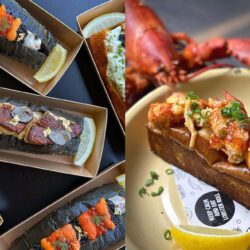