If you’re looking for shows with themes and characters that feel closer to home, here’s a primer for you to begin your Asian-inspired show-bingeing journey (nothing like enjoying a little representation on the screen).

Travel vicariously through these series and films, and experience all the ups, downs, and emotions with the different genres and formats that these brilliant shows offer.

For an hour per episode, The Ghost Bride is worth your weekend binge. Set in colonial Melaka, the main character, Li Lan finds herself lost between accepting a marriage proposal from a wealthy family and saving her father from being trapped in the afterlife. Furthermore, the marriage proposal is to the family’s deceased son, making her the ‘ghost bride’. The show follows her journey of finding herself wrapped up in a murder mystery and supernatural events.

The heist thriller film that is Bad Genius is based in Thailand, and centres around a straight-A student who decides to devise an exam-cheating scheme to earn extra income. The heist eventually reaches international levels and becomes more complex as the film goes on. We’re not going to tell you how it ends, though — you’ll have to see it for yourself!

Oscar-winning Parasite tells the story of a poor family posing as unrelated individuals who have high qualifications to be employed by a wealthy family. An absolute must-watch that touches on on class conflict, social inequality, and wealth disparity in South Korea.

Burning — or Beoning — is another South Korean film that features the wealth disparity in the country. But this time through a psychological thriller. The plot follows a young man named Jong-Su, who runs into a childhood friend, Hae-mi, and falls in love with her. Hae-mi then leaves the country on holiday and comes back with a friend she met called Ben. Jong-su begins to suspect Ben and believes that Hae-mi might be in danger.

Often listed as one of the greatest films of all time, this romantic melodrama is a classic for fans of Wong Kar Wai, among his other renowned titles like Happy Together and Chungking Express. In the Mood for Love portrays a man and a woman who have an affair and eventually develop feelings for each other.

Nila is the Bollywood equivalent of In the Mood for Love, with a similar cinematic composition and music style. In the movie, a taxi driver in India chances upon his childhood sweetheart but realises that the reality of love is more complicated than their desires.

For the trailer, turn on captions for English subtitles! K.D. is a heart-warming and comical film about an old man and a little boy who take a road trip together. The film may be witty, but it actually addresses the terrible southern Indian ritual called ‘thalaikoothal‘ (euthanising the elderly because they’re a burden).

If you loved Squid Game, you’ll love this even more. Unlike Squid Game, the ‘gamers’ in Alice in Borderland find themselves trapped in an uninhabited version of Tokyo city, where they have to compete in dangerous games. The difficulty of each game is determined by the number and symbol on playing cards, and players are given visas to stay in the game if they win. Also, a season two may be coming in 2022!

As the title suggests, A Simple Life is a story about the platonic relationship of a middle-aged single man and a maidservant who’s worked for his family for decades. The film explores their unconventional connection and navigating social norms while struggling with significant life changes like death and loss.

Last Madame tells the story of Fung Lan, the last owner of The House of Phoenix brothel, through the eyes of her great-granddaughter, Chi Ling. The young inheritor of the brothel discovers records and antiques in the Singapore shophouse, and finds controversial stories behind the historic brothel. She then has to decide the fate of the building while coming to terms with her heritage.

Merku Thodarchi Malai has been praised as one of the most essential Indian films of 2018. It tackles the complications that emerge in a simple labourer’s life when political corruption enters their lands.

The official mandarin title of Dear Ex directly translates to ‘Who Started Loving Him First’ (Shéi Xiān Ài Shàng Tā De). This award-winning film centres on the experience of a teen who’s caught between his frustrated mother and a happy-go-lucky man, who is the lover and insurance beneficiary of the teen’s father, who recently passed away.

This comedy-drama film very recently won an award at the Indonesian Film Festival. Based in Indonesia and New York City, Ali & Ratu Ratu Queens is a movie that portrays a son who travels to New York City to search and reconcile with his mother who left for the United States when he was five.

A screen adaptation of a novel of the same name, The White Tiger tells the story of Balram, who comes from a poverty-stricken village. Balram uses his wit and cunning to escape from the chains of poverty, showing the many social and ethical issues that come with class disparity in India.

16. The Kid from the Big Apple

The 2015 Malaysian film The Kid from the Big Apple stars an 11-year-old girl forced to move from New York City to rural Malaysia to stay with her grandfather, whom she’d never met before. Meanwhile, her mum had to visit China to resolve work-related issues. At the same time, Sarah refuses to communicate and adapt to daily life with her grandfather.

Shot in Malaysia’s very own Ipoh, Titoudao follows the life of Ah Chiam, a lowly Hokkien street opera performer and her struggles to become a wayang (theatrical performance) icon. The show is inspired by the true story of Oon Ah Chiam, a popular Chinese opera performer from Singapore in the 50s and 60s. Born into a poor family of 12 children, Ah Chiam had to constantly fight to prove herself to stay in the family, as her father was always trying to get rid of her.

Shirkers is a documentary about the making of an independent thriller by Singapore-born filmmaker Sandi Tan. After wrapping up the film’s shooting, their film teacher and mentor, Georges Cardona, disappeared with the footage and the rest of the film crew never saw or heard from him again. The documentary journeys with the original cast and crew of the film about the process of making, losing, and finding the original 1992 film again. 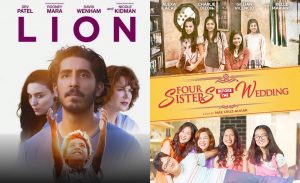 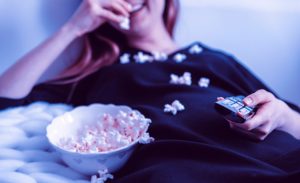 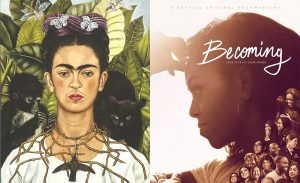 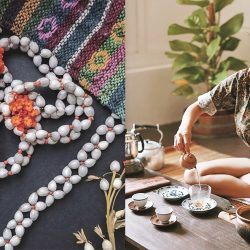