It’s day number (insert how many days you’ve been indoors) of Movement Control Orders (a.k.a ‘lockdowns’) happening around the world, and we’re keeping ourselves busy with podcasts to listen to, recipes to try in the kitchen, and museums to visit from our couches!

What we really want to do though, is run through fields of lavender, feel sand between our toes, and breathe in the crisp fresh air from atop a mountain. But until these things are possible again, we’re going to have to live vicariously through some fascinating documentaries and also Hollywood’s entire filmography.

For those of you who are yearning for adventure in a foreign land, here’s a shortlist of our favourite films that may help temporarily stave off the cravings, and inspire your next trip for when the COVID-19 pandemic dies down.

Walter Mitty (Ben Stiller) is a negative assets manager who lives a pretty nondescript life. When his job at Life magazine is threatened as it moves into the world of digital publishing, he sets out on an adventure of a lifetime in search of Sean O’Connell (Sean Penn), a photojournalist, to get a photo negative that is to be made the magazine’s final print cover. Walter’s hunt takes him across the icy terrains of Greenland, the vast greenery of Iceland, and the breathtaking majesty of the Himalayas.

Cheryl Strayed (Reese Witherspoon) is a woman who – after her divorce and death of her mother – decides to hike the awe-inspiring 2,653-mile Pacific Crest Trail alone. With zero experience, Cheryl sets out with her backpack to begin a journey that would educate, strengthen, and most-importantly heal her.

Game of Thrones aired its final season in 2019 but one year on, the iconic series is still a topic of conversation. Its controversial finale aside, the series showcased many marvellous places. Revisit (through your screens for now) some of the shows most iconic shooting locations: 12 Game Of Thrones Locations Fans Should Visit

Bob (Bill Murray) and Charlotte (Scarlett Johansson) meet at the bar of their hotel in Tokyo, Japan – Bob on business, and Charlotte accompanying her husband who’s on business – and become fast friends. Their friendship leads them to explore the magnificence of Tokyo while simultaneously reflecting on the direction their lives have taken, and where they’re headed.

Amélie (Audrey Tautou), a French cafe worker, has quite the imagination – a result of an unusual childhood. When Princess Diana dies in the summer of 1997, Amélie sees that life is too short and should be lived to the fullest, and so she decides to change the world by changing the lives of the people she meets. Amélie’s adventures through Paris is one that will have you seeing the captivating city of lights in a whole new… well… light.

Director Wes Anderson captures a bold, colourful India in this dramedy about three brothers – Peter, Francis, and Jack Whitman (Adrian Brody, Owen Wilson, and Jason Schwartzman) – who set out on a train journey aboard the Darjeeling Limited in an attempt reconnect with each other after the death of their father, and find their mother who now lives in the Himalayas. They ride the locomotive across the beautiful Indian countryside until they’re thrown off by its chief steward, and are forced to carry on the rest of their journey on foot.

Both movies chronicle the lives of Donna and her daughter Sophie who run a hotel on the Greek island of Kalokairi. In the first film, Sophie is about to get married and secretly invites three of Donna’s past lovers to the wedding, in hopes that one of them is her father. In the second instalment, Donna has passed on and Sophie struggles with her marriage, her impending motherhood, and the grand reopening of her mother’s hotel. Besides breathtaking scenes showing off the glistening Aegean Sea and astounding Greek vistas, both films are set to music by Swedish supergroup, ABBA. Nothing better than a midday sing-along to lift your spirits during this Movement Control Order!

Follow the journey of Austrian mountaineer Heinrich Harrer (played by Brad Pitt) as he navigates his way from being imprisoned in the Himalayas and escaping into Tibet, where he befriends the 14th Dalai Lama.

Follow the story of Balram Halwai (Adarsh Gourav), a ‘White Tiger’ who has risen from the lower castes of India’s classes to become an entrepreneur. Co-produced by Priyanka Chopra Jonas (who also plays Pinky in the movie), expect a tale of heartbreak, cunning, and betrayal as the movie highlights the social issues faced by modern-day India.

Of snowy mountains, hotel banquets, and the iconic pastel pink facade of the eponymous property in The Grand Budapest Hotel, this Wes Anderson film involves a high-profile murder, treachery, and romance. Starring big names such as Tilda Swinton, Saoirse Ronan, and Ralph Fiennes, this movie will make you want to jump on a plane to Germany to enjoy the finest views.

Rania Samudra (Bunga Citra Lestari) plays a travel writer nicknamed ‘Jilbab Traveler’ by her readers. After suffering a big loss, she halts her travels but opens up a path to new opportunities and experiences. A great film in itself, you’ll also get to feast your eyes on amazing views of the Korean peninsula!

This article was originally published on 1 April 2020 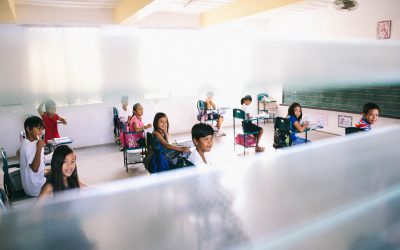 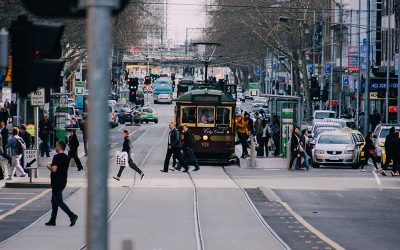 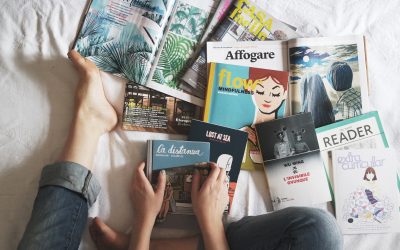 Eliza Thomas
Eliza loves long-distance travel, cold weather, and the beach. Her favourite city is Los Angeles and she believes no other country has a better food scene than Malaysia. You're welcome to try and change her mind.
G
TAGS:
FunCOVID-19watch list
Share This Story
0
Shares
Share Tweet Message 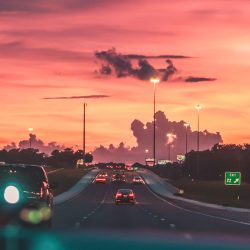