After over a year in and out of lockdown, we wouldn’t blame you for running out of ideas on what to do to break the monotony of being stuck a home. But there are heaps! Between some empowering activities and helping those who haven’t fared as well due to the pandemic, there also needs to be time to unwind. And that’s where this list comes in.

Here’s our curation of feel-good foreign films you can stream on Netflix. They’ll either leave you in stitches from laughing too hard or leave you feeling all warm and fuzzy inside. Whatever it is, you can bet that you’ll feel good after watching them.

If you love the idea of being in love, this Indonesian rom-com if just for you! The film centres around a female fashion blogger engaged to a controlling man. She finds herself in Bali and meets a cobbler who has her questioning her life with her soon-to-be husband. But, before you say ‘Next!’, know that this isn’t like a typical love story. If anything, it has a realistic approach that may be considered bittersweet. However, you’ll surely agree that they’re a perfect fit indeed. Watch it here

2. Four Sisters Before the Wedding

A Filipino dramedy that’s perfect to watch with the family. Four sisters, each with their own life stories, have one common goal. Realising their parents’ marriage is falling apart, the Salazar sisters team up to try and patch things up for their parents’ 20th anniversary. With many hurdles ahead, watch how they try to accomplish their mission. Do you think they make it happen? Watch it here

This one’s for those of you into all things K-pop.  A hard-hearted former boxer living a solitary life as a parking lot attendant changes his perspective on love when he meets a blind woman. The blind telemarketer converts this hopeless character into one who believes in love again. But the road there is heartfelt, emotional, and will give you butterflies. Watch it here

Dev Patel of Slumdog Millionaire fame stars in this awe-inspiring box office hit. This jaw-dropping biopic is about an Indian man who was separated from his mother at a very young age and then adopted by an Australian couple. After 25 years, he sets out on an all-consuming mission to find and reunite with his birth family. While you may burst into occasional tears, the film is still worth a watch – especially for the happy ending. Watch it here

Next is this Thai romantic comedy that has a hysterical plotline. It’s so good it’s even among the top trending international movies on Netflix and boasts an IMDB rating of 7.1/10. The movie’s title is explanatory of the main theme, and the film begins with the story of the main character who was conned out of a large sum of money and left by her ex-boyfriend. She then encounters another con artist who accidentally gives himself away. As a trade of not turning him in to police, she offers him a deal to con her ex-boyfriend. It’s extremely amusing as we follow her journey to get sweet revenge. Definitely a must-see! Watch it here

An oldie but goodie. If you want nothing more than a really good laugh, this Bollywood blockbuster is a must-see. Two friends reminisce their college days where they made friends with another ‘idiot’ who was a great addition to the trio. They then set out to look for this long-lost friend of theirs after many years. A worldwide hit, 3 Idiots is actually among the top 10 highest-grossing Bollywood films. We just love it for the laughs. Watch it here

Another film that’ll have you cackling for over an hour is this Hong Kong action-comedy. In pursuit of becoming a gangster himself, Sing aspires to be recruited in the infamous ‘Axe Gang’. So, he tries to terrify a neighbourhood whose residents include some martial arts masters that are ready to fight him off. The fight scenes are so bad, it’s great. Watch it here

Can’t have a list of feel-good foreign films without one of our own, now can we? Pisau Cukur (that translates to gold digger) is about two best friends who go on a vacay aboard a cruise ship, determined to look for a wealthy husband. During their pursuance, conflict begins when a Datuk is murdered. As one of the friends finds herself involved in the murder case, she tries to go all Nancy Drew to solve it, and thus begins a comedy of errors. Watch it here

One of Hayao Miyazaki’s greatest masterpieces, this Japanese anime is the only non-English language film in history to win an Oscar for Best Animated Feature. Spirited Away is about a young girl who wishes to free her parents from the spell of an evil witch. It might seem slightly chilling, especially for children, but it’s a film with a lot of heart. Who wouldn’t want to discover a weirdly wonderful world of magical beings? Watch it here

This movie is so out there you wouldn’t even think it’s real life! Based on a true story, Rose Island tells the life of Giorgio Rosa – a man who built his own world and lived in it. Literally. A trained engineer, he wanted to live by his own rules and decided to construct an island just outside Italian international waters and declare independence. Watch it here 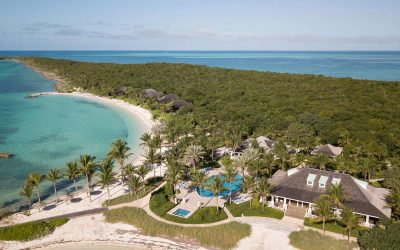 Binge Worthy: Amazing Rentals Shows Us Our Next Vacay Spots 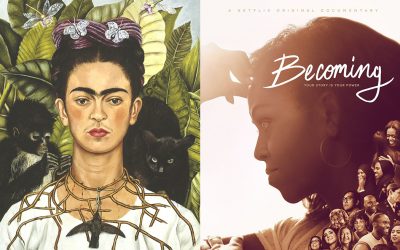 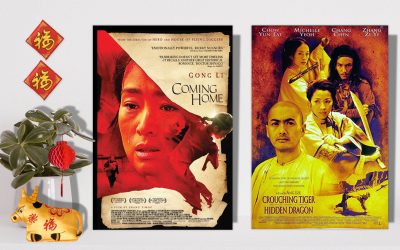 Movies To Watch On Netflix This At-Home CNY Season 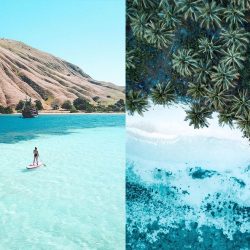