It goes without saying that Melbourne is a popular destination for Malaysians. But whether it’s the food, the vibe, the art, or the charm that draws you to make a visit, what you can count on is that there’s plenty to be experienced here. Especially when you’re willing to venture out of the city and into the rest of Victoria.

Think of it as casting your net wider than the usual Kuala Lumpur haunts and giving Selangor in its entirety a chance. We’re sure you’ll be pleasantly surprised — as we were — by the plethora of family-friendly activities to be enjoyed. Suffice to say, taking a scenic road trip from Melbourne is totally worth it. Here are some destinations for your consideration.

Get a dose of culture and history at the Melbourne Museum

When it comes to learning about local arts, history, and culture, heading over to a museum is pretty much a no-brainer. But what makes the Melbourne Museum stand out is that it offers more than the usual insight into life in Victoria. Located in Carlton Gardens, opposite the World Heritage Listed Royal Exhibition Building, the award-winning museum houses a permanent collection in eight galleries — including one just for children! And trust when we say that it’s a gallery both the young kids and overgrown kids can enjoy while learning from (the dinosaur exhibit is hella cool).

Seasonally, the Melbourne Museum also houses special exhibits worth getting that extra ticket for. Right now, it’s Tyama. This totally immersive, interactive, and multi-sensory experience of nature transports you to Victoria’s nocturnal worlds.

Built and based on a high-tech gaming platform, what you can expect are “360° responsive projections, breathtaking effects, and exquisite soundscapes” that give you a chance to discover senses normally beyond human perception alongside the unique local animals that use them. There are six digital environments here in total, and you’ll be making like a moth, a bat, a fish, and finally have a whale of a time in culmination of the journey.

Tiptoe through the tulips at the Tesselaar Tulip Festival

Much like how Japan’s sakura season comes down to timing, so does a chance at visiting the Tesselaar Tulip Festival. While this year’s blooms arrived later than usual (from 10 September to 9 October), if you’re around for future seasons, it’s worth venturing out to the Dandenong Ranges for this unique annual event.

What you’ll be rewarded with is the breathtaking beauty of over one million spring flowers in bloom (including over 500,000 tulips and 100 different varieties). But besides just making like Pepé Le Pew and tiptoeing through the tulips, there are other things to do that’ll help you make a day out of your hour-long drive from Melbourne to here.

Set on a 55-acre family-run working farm, this is a unique festival found nowhere else in Australia. There are theme days to uncover, spectacular gardens, a mini petting zoo for the kids and food is aplenty too! Since tulips are native to the Netherlands, you’ll find a Dutch food stall selling classic dishes (such as bitterballen and croquettes) and even a cheese market! There are jazz bands on stage, the world’s biggest clog, and gift shops to explore. Of course, you’ll also get to pick your own tulips too!

Once you’re done at the tulip festival, know that the Dandenong Ranges have been a favourite escape for locals since 1880s, when members of Melbourne’s high society would board a train at Flinders Street Station and slowly travel east to enjoy the peace, pure air, and pristine forests. Taking tea in the Dandenongs became a custom, as did a lazy picnic under a shady tree, a bush walk through the forests, and spending a night or two in a guesthouse. Not much has changed; except the Dandenongs are now accessible to everyone.

Have a cherry pickin’ good time at CherryHill Orchards

Also located in the beautiful Dandenongs is CherryHill Orchards. Each spring, the massive cherry plantation welcomes guests to witness the stunning cherry blossom flowers in full bloom at the annual Blossom Festival that’s also the state of Victoria’s largest cherry blossom festival. Come here during the two-week period (likely to be held at the same time as the tulip festival and is located just 20-or-so minutes away) and take a stroll among the endless cherry trees thriving amid a backdrop of the Yarra Valley’s rolling hills.

Besides exploring the grounds of the sprawling 85-acre orchard, there’s plenty of food and entertainment to partake in too. There’s live music, craft workshops, luxury picnics, and food trucks. What we enjoyed most is the cherry sorbet — easily the best ice cream we’ve ever had! For gifting, it’s everything cherry here too — from cherry plushies to cherry-infused barbecue sauces, cherry jams, cherry syrups, and then some!

Of course, in the summer, you can embark on a cherry picking expedition of your own. The orchard claims to have the freshest and sweetest cherries in the valley, and we believe them.

Let the kids run wild and free on French Island. If you find yourself in the lovely Mornington Peninsula to breathe in the fresh sea air and to soak up the relaxed alfresco lifestyle just an hour from Melbourne, then hop on a ferry at Stony Point Pier and take a 15-minute ride on the wild side at French Island.

Left in the good hands of Naturaliste Tours, we got to discover the off-grid paradise that’s the French Island National Park. Exuding peace, serenity, and untouched nature, a 4WD drive here will allow you the chance to see a diverse range of wildlife you won’t find anywhere else! That includes countless close-up encounters with Australia’s iconic koala, glimpses of the thorny echidna, and watching the eastern barred bandicoot in action.

Our guide was also kind enough to take us to his favourite walking points on the island and see the various environments for ourselves — from saltmarshes to woodlands. Ultimately, this excursion will take you off the beaten track and reward you with a personal encounter of French Island’s natural beauty — and she sure is beautiful.

Learn about life on French Island at Mandalaye Park Estate

While the wildlife on French Island is unique, living on French Island is something else! And schooling us about life on this island is Celia Fisher, the proprietor of Mandalaye Park Estate. Greeting us with a delectable home-cooked lunch, a tour of the sprawling grounds that’s home to horses and peacocks and myriad wildlife, and a talk through what a regular day is like, our eyes are opened to a whole new way of living. This is off-grid and eco-conscious island living at it’s finest, and we learn that we really do take our city conveniences (like ambulances and Grab food deliveries) for granted.

But, of course, it’s a life that can be thoroughly enjoyed — as can be seen from the island’s happy and peppy residents. If you’d like a taste of this rather special way of island living, then know that you can actually check-in for a stay at Mandalaye Park Estate. This dwelling is also a highly-rated accommodation, and the Chicory cottage and the Bell Tower suite equipped with all the comforts you could need; including a kitchen, queen-sized bed, ensuite bathrooms, and verandah.

If you’re wondering what else there is to do on French Island should you choose to spend some time here, well, you could wile away the hours with a good read under the old oak tree and play ‘spot the koala’ as you explore the property. Birders will also be enthralled by the many bird species which abound here. There’s also a multitude of walking trails for those of you who are feeling more adventurous.

And if you feel like cooking up a storm in your private kitchen, there’s only one general store on the island, so maybe go fishing by the pier instead? The recommendation is to fish during the high tide. Catches may include Squid, King George whiting, Australian salmon, silver trevally, yellow-eye mullet, flathead, and snapper.

Board a scenic flight over Cape Woolamai, Phillip Island

Over the bridge and a world away, Phillip Island is just a two-hour drive from the city of Melbourne. But if you’re coming from French Island, then it’s just another 15-minute boat ride!

Dubbed Victoria’s island sanctuary, Phillip Island too is famous for its wildlife and rugged, unspoilt nature. If you’d like to see Phillip Island in a whole new light, might we suggest flying over it just before sunset?

Admittedly, the kids may need to be a wee bit older to be able to enjoy this activity, but if they can, then it’s a truly ballin’ and unforgettable experience. We set off during golden hour for a 10-minute scenic flight with Phillip Island Helicopters and it was majestic to say the least! From idyllic beaches to rocky cliffs, there are no words that can do the coastal scenery of Phillip Island justice.

Phillip Island isn’t large. In fact, it’s considerably smaller than French Island. During our short flight, our pilot easily pointed out places of interest — including the ancient pink granite at Cape Woolamai, Phillip Island’s highest point and one of Victoria’s most popular surfing beaches.

In case you’re wondering how much such an activity will set you back, prices start at AUD90 per person (approximately RM272). There are seven flights to choose from, ranging between eight and 42 minutes, but all promising to showcase views of the spectacular scenery. Worth every pretty penny!

Can’t come all the way to Phillip Island and not watch the penguin parade! Easily one of the things the island is most famous for, this nightly ‘parade’ is really the homecoming of thousands of the island’s pint-sized locals.

The world-famous Penguin Parade draws a crowd from all over the world and allows you to better understand the way these aquatic birds live. What we learned from our guide is that the homestead of these incredibly cute penguins were once in danger, causing numbers to drop until an entire township — yes, an actual town with people living in it — was asked to vacate the area in a government land buy back programme in 1985 and move elsewhere to protect these birds. The good news? The plan worked, and now local Little Penguin numbers are back on the rise.

The Little Penguin is the only penguin that lives permanently in Australia and is the smallest of the 18 penguin species.

Yet another truly immersive experience that’s fun for the entire family, there are a number of ways you can enjoy the Penguin Parade — from self-guided general viewing to having access to the Penguins Plus deck and Underground Viewing area.

We were fortunate enough to go all-out and enter the Underground Viewing area. And you definitely should too! Access here gets you an eye-level view of the Little Penguins and is limited to a maximum of just 70 people. It’s a world-first facility that gives you the chance to watch the Little Penguins waddling along the Penguin Parade’s most popular pathway through a viewing window. As a bonus, you’re cosy and out of the elements — Phillip Island sure can get super cold at night!

*All images by Tengku Zai. 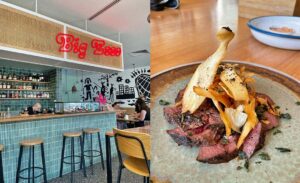 Eat, Drink, Be Merry: 15 Must-Visits In & Around Melbourne 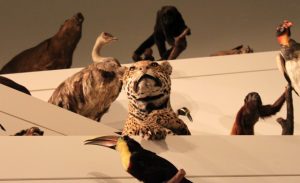 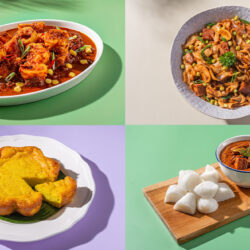