Our travel plans have either been put on hold or pretty much non-existent for the past two years. It’s been frustrating for most, as vacations give all of us something to look forward to. But seeing as travel restrictions are now finally and slowly easing worldwide, our plans can resume, though it’s important to be mindful of travel pre-requisites before booking that ticket or hotel room.

If you’re like some of us at Zafigo, who choose to stay put until travel resumes to what it once was, but are also in serious need of tending to your travel blues, we suggest getting cosy at home binge-watching some of these documentaries.

They’ll serve as a reminder that the world is indeed a huge and wonderful place, and it’ll be waiting for you to explore once the COVID-19 pandemic completely (and hopefully soon) dies down.

The ones that showcase the beauty of the world

When it comes to capturing the majesty of the world we live in, no one does it better than Sir David Attenborough. In perhaps what’s one of his biggest masterpieces to date, the BBC One docu-series Planet Earth features stunning cinematography that focuses on different Earth themes.

Just imagine going on an adventure from Pole to Pole, exploring the Ocean Deep, or climbing all the world’s Mountains in 4K and right on your couch. It’s also said that the nonagenarian natural historian is working on a new documentary for Netflix and we can’t wait to see what he has in store.

First aired in 2019, Our Planet is an instant classic that’s sure to be a hit among animal lovers. It looks at Earth’s incredible biodiversity and the various biomes (think jungles to rivers to frozen lands) that make up our world. Extra attention is paid to the world’s most precious species and fragile habitats.

It’s yet another storytelling masterpiece by Sir David Attenborough and is the result of a ground-breaking four-year collaboration between Netflix, the WWF, and Silverback Films. This eight-part special was filmed in 50 countries and took over 3,500 days to film with more than 600 crew involved. You’ll be pleased to know that Our Planet’s director Alastair Fothergill was the critically-acclaimed creator of the aforementioned Planet Earth and Blue Planet series.

There’s also The Grand Tour. Now, you may be thinking, “Wait a minute! This is a car show, not travel.” Well, you’re not wrong. This may be a show about cars – anything with wheels, really – but The Grand Tour takes you along on some of the most epic road trips across Europe, the Americas, and Asia. It’s only made better by the tomfoolery of its three (in)famous hosts – Jeremy Clarkson, Richard Hammond, and James May. Trust us, by the end of it, you’ll want to visit some of the places featured.

Narrated by former US President Barack Obama, Our Great National Parks takes its viewers on an extraordinary cinematic journey of Earth’s national parks. Five almost-an-hour-long episodes take you to places like the Chilean Patagonia, Kenya’s Tsavo National Park, Gunung Leuser National Park in Indonesia, and more. Travel through the screen to places you’ve never seen before and be amazed by the world’s hidden beauty.

David Attenborough: A Life On Our Planet

David Attenborough: A Life On Our Planet is a one-of-a-kind documentary that reflects on the world’s renowned naturalist, David Attenborough’s journey through some of the most devastating changes he has seen on Earth and covers some of the pressing matters our planet is facing.

A visual journey that reminds us of the beauty of all things living, but at the same time, a wake-up call on the actions we need to take before the planet we call home reaches irreparable damage.

The ones that highlight different cultures

Follow five people as they share their deep connection with the mountains of the Andes region in Magical Andes (Andes Mágicos). This series offers such an intimate peek at the cultures of those who call these mountains home, and covers six countries – Argentina, Chile, Bolivia, Peru, Ecuador, and Colombia.

On the flip side, if you’re looking for something slightly more zany, then Tokyo Idols might be just the documentary for you. This 90-minute feature gives you a voyeuristic look into the wild, wonderful, and colourful world of Japanese pop culture as it follows J-Pop ‘idol’ Rio Hiiragi and her relationships with her fans.

Geishas, contrary to how they’ve been perceived in Western society, are skilful entertainers who make appearances at high-end dinners, auspicious events, and private parties. Read this ?The Geishas Of Kyoto, Japan’s Gion Neighbourhood

For something not-so-serious-but-still-eye-opening, our favourite documentary that touches on the different cultures around the world has to be Conan Without Borders. Despite the hilarity of the show’s host, late-night talk show host Conan O’Brien, you’ll surprisingly come away with having learned a thing or two about life in countries like Haiti, Japan, Cuba, Mexico, and Italy. We’re keeping our fingers crossed the new season is just as good as the first!

The ones the foodies will enjoy

Here at Zafigo, we’ve always believed that one of the best ways to learn and discover a new place is through its food. And food tourism is really a thing. Since you can’t go eat your way around the world for the moment, let your TV take you on a trip instead. Ugly Delicious is a travelogue that follows James Beard Award-winning chef David Chang to the world’s culinary hot spots. You’ll also spot other famous friends on his show – like Chrissy Teigen and Jimmy Kimmel – as they break down cultural barriers through food.

Who knew that making an omelette could be such serious business? In Jiro Dreams of Sushi, you get to look back on the illustrious career of one of Japan’s most famed sushi chefs – Jiro Ono. This inspiring documentary will not only open your eyes to the art of sushi-making, but also serve up some life lessons on discipline and resilience.

Consider this show your list of next restaurants to visit once things return to normalcy. Chef’s Table invites you into the restaurants, lives, and worlds of living culinary legends like Massimo Bottura, Francis Mallmann, and Gaggan Anand. This series is filled with heart and humanity, as it allows you an intimate look at these chefs’ dreams and principles. The raw nature of the show is what makes you fall in love with the food as you get to know the artist who creates these fabulous dishes.

Malaysians were left broken-hearted when Street Food: Asia was released in 2019 due to being left out of the list, and rightfully so, because it’s a hub for street food. But putting exclusion aside, this documentary, though a couple of years old, is worth a watch. Especially if you’re a foodie.

Be in awe of the culture, food, and people of places like Vietnam, Thailand, Indonesia, and more through these 30-minute episodes, and be inspired to make a trip somewhere.

Of course, there are heaps of other documentaries worth watching, but these are some of our favourites. Happy exploring!

Editor’s note: This article was originally published on 19 March 2020 and has since been updated to include more titles. 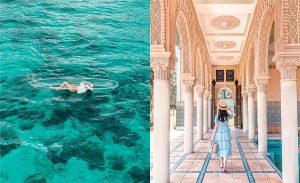 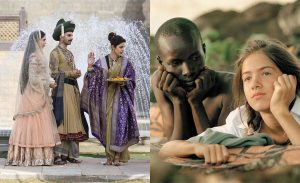 12 Romantic Movies That Will Inspire Wanderlust 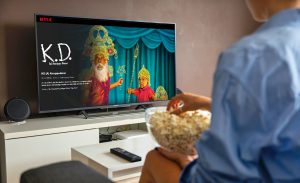 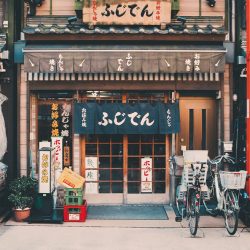