Unless you’ve been living under a rock this decade, you’d have heard of or been a part of the fanaticism surrounding HBO’s Game of Thrones. The show built a strong following with its extreme realism and willingness to cull characters, regardless of how beloved they may be.

In fact, since it first aired in 2011, a total of 174,373 series deaths has been estimated. Bloody murders aside, Game of Thrones has also succeeded in presenting its kingdoms in gripping detail, featuring stunning natural beauty and terrifyingly extreme weather conditions.

Come April 2019, the final season of Game of Thrones will air, and we can finally remove ourselves from the clutches of the brilliant George R.R. Martin. Let’s look at some of the iconic shooting locations used in the blockbuster series:

Home to the Lannisters (for now), Dubrovnik has seen a huge boost to tourism. The city has been used for King’s Landing since season two. There’ve been multiple stories of ardent fans recreating Cersei’s walk of atonement down the steps in front of the Church of St. Ignatius of Loyola, minus the naked part of course. Shame, shame, shame.

The home of the Martell family has to be up there simply for its aesthetic appeal. Alcázar of Seville is a lavish royal palace that portrays the Sunspear. Though the palace is one of Seville’s biggest tourist attractions, production of the series shut down half of it. Was it worth it? Most certainly.

Home to the intimidating Castle Black is Magheramorne in Northern Ireland. Don’t be fooled though, the wall of Magheramorne isn’t as grand as it is in the series, that was largely done via CGI work. In season two, the quarry stood in for the battlements at King’s Landing. Magheramorne was also used in season five for various north-of-the-wall scenes. Talk about flexibility.

Another Spanish castle that’s the location to a significant place. This time, it’s Highgarden of the Tyrell family. In season seven, the castle quickly finds itself surrounded and then taken by the Lannister-Tarly army. Shortly after, one of the most memorable deaths in the series takes place – the final moments of the badass Lady Olenna Tyrell.

The Arrowhead Mountain played host to the epic standoff between Jon Snow, Thoros, Beric Dondarrion, Sandor Clegane, Gendry Waters, Ser Jorah Mormont, and Tormund against the Night King. The threatening landscape of Kirkjufell is also the backdrop of flashbacks to when the Children of the Forest created the first White Walker in season six. The freestanding Icelandic mountain is one of the best spots on earth to take in the Northern Lights, and is also the most photographed mountain in Iceland.

At the northeast tip of Iceland sits the beautiful Lake Mývatn, where you’ll also find the iconic-yet-quaint volcanic cave, Grjótagjá. The cave’s known for its hot springs as well as its appearance in the series, where Ygritte pops Jon Snow’s cherry in an iconic subterranean love scene.

In season seven, the Roman ruins of Itálica in Spain set the scene for the most significant character gathering in Game of Thrones history. The series’ production team toiled for weeks to build a platform to protect the central area of the ancient amphitheatre. While already a solid tourist destination, the site has exploded to life after hosting three Lannisters, two Targaryens, two Cleganes, two Greyjoys, and two dragons in a political negotiation for the ages.

Again a Spanish location! This time it’s Itzurun Beach, now affectionately known as Dragonstone. You’ll recognise the scenery from when Daenerys made her significant return to Westeros, Dothraki army and dragons in tow. The nearby San Juan de Gaztelugatxe stands in for the castle’s winding entry stairs, and is also a must-visit for ardent fans.

About a three-hour drive from Madrid, and near the Cáceres city, you’ll find Los Barruecos. This nature preserve served as the backdrop for one of season seven’s most memorable episodes. Among the plains and rocky outcrops, Daenerys unleashed Drogon on a bewildered Jaime Lannister, wreaking havoc on the supply caravan, and obliterating part of the Lannister-Tarly army.

The Dothraki savages are portrayed as desert nomads, traversing wide expanses of land with their legion of horses. Shockingly, the arid landscape is located in Bardenas Reales, in Spain. The 104,000-acre badlands are made up of clay, chalk, and sandstone that’s been moulded by centuries of water and wind.

Daenerys earned the title ‘Breaker of Chains’ upon her visit to Yunkai; or Aït Benhaddou to us in the real world. This Moroccan city is the Slaver’s Bay city-state that Daenerys liberates in the series. Aït Benhaddou is a UNESCO World Heritage Site that sits between Marrakech and the Sahara, and was a stopping point for many caravans heading in or out of the desert due to its strategic location.

Vatnajökull, Iceland (Beyond the Wall)

Located east of Reykjavik is Vatnajökull, one of Europe’s largest glaciers. The ice cap is so large that it covers more than nine per cent of the entire country. Vatnajökull was the go-to location to shoot most of the iconic ‘beyond the wall’ scenes. Home to wildlings, giants, and the fearsome White Walkers, the frigid landscape is also used by role players and fans of the show to host gatherings. 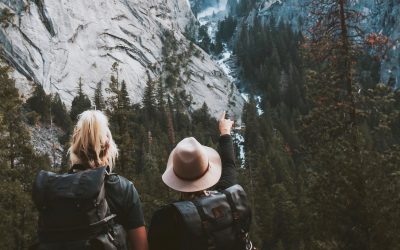 Would You Sign Up To Travel The World… With A Stranger? 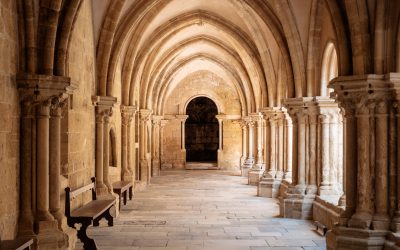 9 Spots Every Potterhead Should Have On Their Bucket List 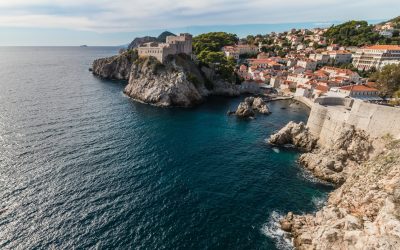 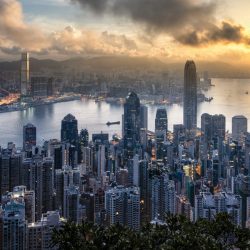