In conjunction with the upcoming Merdeka Day (Independence Day in Malaysia) celebration on 31 August, we dig deep into what makes Malaysia special. There is the obvious — it’s a cultural mosaic, our delicious food, and of course, the lush flora and fauna. But there’s also our rich history that is both fascinating and special.

Suppose you recall the history lessons in high school, you’ll remember learning about the numerous kingdoms and cultures from all over Southeast Asia that once thrived in the Malay archipelago. Taking inspiration from those lessons, we’ve curated a list for you archaeology or history buffs who love learning about places with a story.

The Sungai Batu archaeological site in Bujang Valley, Kedah, dates back to 2,000 years, making it the oldest civilisation in Southeast Asia. The 4km2 site predates back to the founding of Rome, and it shows evidence of a once-famous trading port for the flourishing industry in iron ore smelting.

Founded by USM researchers and led by Prof. Dato’ Dr Mokhtar Saidin in 2007, during the excavation works from 2009 to 2021, archaeologists found many buried treasures: building ruins such as ancient jetties, local ritual sites, and administrative building walls. There were also several old ships buried at the bottom of the lake around the excavation area.

The archaeological site is open to the public, and visitors will feel like they’re in an Indiana Jones movie for sure. Apart from the grand tour around the 4km2 archaeological site, you can also experience hands-on excavation, brick-making, and iron smelting demonstrations.

This complete package that lasts around half a day costs RM100 per head, but if you are only interested in the guided tour, it’s only RM20 per head. As for students, remember to bring your student IDs for a half-price discount!

Another interesting location to visit is Bukit Tengkorak in Semporna, Sabah. The locals refer to this hill as Bukit Tengkorak or Skull Hill due to the number of human skulls and bones found resting on the peak below the big black rock — slightly creepy, but it sure is interesting.

The site was also the largest pottery-making factory in Southeast Asia during the Neolithic period. Hence, the hill slopes have numerous pottery shards with patterns dating 3,000 BP. An ethnoarchaeological study shows that pottery making is still practised by the Bajau of Semporna today.

Visitors of this site can opt for light trekking or exploration of the area where they can find archaeological materials such as agate and obsidian stone tools, polished stone adzes, shell and bone artefacts, and even food remnants.

The best part about visiting Bukit Tengkorak is its free admission! So, plan a trip there with your family and friends, and experience a once-in-a-lifetime adventure.

In June 2012, the Lenggong Valley archaeological site in Perak was listed as a World Heritage sites by UNESCO. It features an open-air cave area almost 2 million years old, making it the oldest known place of human activity on the Peninsula.

The main reason to come here is to glimpse the Perak Man, Southeast Asia’s oldest and most complete human skeleton found within the Gua Gunung Runtuh cave. On other sites, such as Bukit Bunuh and Bukit Jawa, you can see tools dating back to the Paleolithic, Neolithic, and Metal ages.

After a visit to the sites, you can stop at the archaeological museum itself to see the collection of early stone tools and read up the informative panels that describes the history of the Malaysian Peninsula’s early settlement.

USM also runs a package tour at the Lenggong Valley – for two days and one night, you can experience a guided tour of all the archaeological sites and museum. Included as well is experiencing excavation and stone tool making. The complete package for Malaysians costs RM250 per adult, while foreigners will have to fork out USD250.

The Gombak Selangor Quartz Ridge stretches more than 14 kilometres, making it the longest quartz formation in the world. Over 200 million years old, it consists of a quartz slab that is fully exposed. It’s also one of Malaysia’s most unusual geological formations because it has four types of quartz formations. The area has five endemic plant species among 265 species found nowhere else in the world too — the serow, a rare medium-sized goat-like animal, can also be seen here.

For hikers, there are two entry points to start off to reach the Quartz Ridge: Kaki Bukit Tabur, located on the west side, and Kaki Bukit Tabur on the east. Look for the west entrance for a more accessible trail and be sure to have a good pair of hiking shoes as some of the surfaces are pretty sharp. On your way up, you will also see the Klang Gates Dam, Malaysia’s first dam for water supply.

Located about 41 kilometres from the Kota Kinabatangan township, the Agop Batu Tulug Caves are part of the Labang limestone formation, dating back to around 25 million years ago. The word ‘agop’ in the Orang Sungai language means caves, and there are four main caves to be explored here.

Inside the middle and upper caves are more than 125 ancient log coffins from about 500 to 900 years ago. These coffins resemble different animals associated with the Orang Sungai’s beliefs, but they are also coffins of the Chinese settlers, as Chinese artefacts were found among the remains.

Since 1996, it has been a museum site, where visitors can visit and enjoy the facilities such as the information centre, stairs leading to the caves, toilets, and resting huts. Malaysians can enjoy an entrance fee of RM2, while tickets for non-Malaysians are priced at RM15. For senior citizens and students, admission is free!

The Lumuyu Petroglyphs, or Lumuyu Rock Carvings as called by the locals, was discovered by villagers in 1971. Situated on a small hill 30 to 40 minutes from Bekuku Village, the weathered sandstone boulder is carved with patterns similar to human faces, footprints, and other shapes.

According to folklore, the carvings were made by six brothers to express their grief due to the loss of their youngest brother, who was murdered. The rock carvings was gazetted as a cultural heritage on 19 May 1999, and visitors can view the exhibition gallery on the site, which provides further information.

To get here, you can travel by car or take a minibus from Tenom Town, which takes approximately 45 minutes to an hour until you arrive at Bekuku Village. If you’re planning to come here, arranging and confirming transportation before departure is advisable, as there are no fixed schedules for the minibuses to run at Tenom town.

But the best part? There is no entrance fee!

If you’re looking for a functioning historical site, visit the Batu Pahat Well. A historic well at the village of Minyak Beku, Johor, is said to have been dug by Siamese soldiers fleeing from Malaccan troops during the 15th century. These soldiers chiselled the rocks around it in search of water.

Tales have said that the town’s name of Batu Pahat originated from the well’s moniker, and the story can be found inscribed on a plaque beside the waterhole. This is currently one of the most popular tourist destinations in the Batu Pahat area.

Admission is free for all, and you can get here by driving a car or taking a cab from the Batu Pahat terminal, which will cost around RM20.

Located just two hours from Miri, Sarawak is a massive cave system called Niah Caves, which was discovered by Alfred Russel Wallace on an expedition done back in 1855. It is an important prehistoric site, where human remains from 40,000 years ago have been found. Niah Cave was once a trading cave where dealers around the world would pay to visit so that they could trade wares in exchange for the local bird nests.

Items found here include Pleistocene chopping tools and flakes, Neolithic axes, shell jewellery, pottery, and tools dating back to the Iron Age. The most famous item found, however, is one of a human skull dating back to 38,00 years BCE. One of the smaller caves in this system, Painted Cave, has wall paintings and wooden coffins known as ‘death ships’. To this very day, the Niah Caves are still being excavated.

The journey to the Niah Caves is worth the trouble, especially if you’re the more adventurous type. You’ll appreciate trekking, hiking, caving, and being around nature. When in Miri, signing up with a tour company that often organises trips to the Niah Caves is highly recommended.

Melissa Tang
Melissa is a trainee mental health counsellor, wellness consultant and copywriter passionate about cultivating a healthy lifestyle through everyday self-care and mental wellness. She enjoys diving deep into topics such as productivity, mindfulness, wellness, spirituality, and personal finance. She is also a yogi. 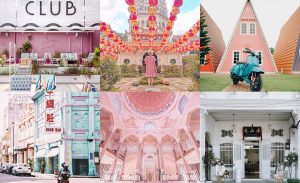 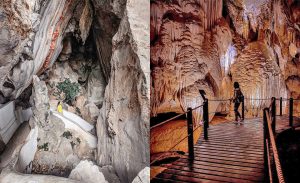 Caves Of Wonder: 8 Malaysian Caverns & Where To Find Them 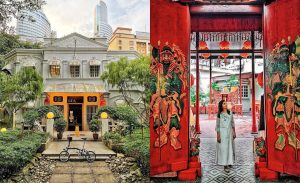 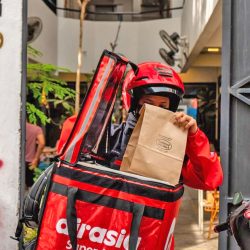 
Eat Your Way To FREE Flights With AirAsi...