As Kuala Lumpur (KL) continues to develop at breakneck speed, it’s comforting to know that a part of its past is still accessible, not just in museums but also in the numerous heritage buildings that can be found in Downtown KL (DTKL).

From former colonial structures and elaborate temples to the grand residences of long-dead tycoons, these buildings remind residents of their unique, multicultural past.

Let’s explore some of DTKL’s most significant heritage buildings and uncover some of the remarkable tales baked into their walls.

Located along historic Jalan Raja in front of Dataran Merdeka, the Sultan Abdul Samad Building (SAS) originally housed the offices of the British colonial government. Then known simply as the Government Offices, it was renamed in 1974 after Sultan Abdul Samad, who was the reigning sultan of Selangor during the 19th century.

All towers have distinct onion-shaped domes with copper coverings, with the building’s focal point being the central clock tower, which stands at an impressive 41 metres. The clock tower was supposedly modelled after Big Ben in London.

The SAS building was initially supposed to be built in a classic Renaissance style, but the state engineer, CE Spooner, did not like this initial design. He proposed a new design, fusing Islamic architecture with Gothic, Mughal, and local Malay elements.

Interesting tidbit: A courtroom scene for the Hong Kong film Police Story 3: Super Cop was filmed in this building.

This elegant whitewashed building was the final residence of Loke Yew, a tin business magnate who played a critical role in the development of Kuala Lumpur. Originally from China’s Guangdong province, Loke travelled to Malaya as a young man to seek his fortune.

Loke eventually owned numerous tin mines and rubber and coconut plantations. He settled in KL in the late 1880s and began construction on the Loke Mansion in 1892. Completed in 1904, the original estate spanned 11 acres. Aside from its wealthy occupant, the mansion is also noteworthy for being the first building in Malaya to receive electricity.

Following Loke’s death, the mansion has undergone numerous transformations. It was occupied by the Japanese during World War II, was used as a school by the Sam Min Chu Yi Youth Corps, and was converted into a police training centre during the 1948 Communist Emergency.

The mansion lay derelict from 1958 to 1970, after which it became an art gallery and a LimKokWing art school until it was again abandoned in 2000. Since 2014, the Loke Mansion has been leased by a law firm and has undergone numerous refurbishments without compromising its distinct architectural features.

Interesting tidbit: During its derelict phase, the former mansion was the haunt of drug addicts and tramps. It had acquired such a seedy reputation that the city considered replacing the mansion with a high-rise.

Completed in 1917, the Kuala Lumpur Railway Station was KL’s primary railway hub — first for the Federated Malay States Railways, then for its successor, Keretapi Tanah Melayu — until 2001, when KL Sentral assumed much of this role.

Generations of KL residents have fond memories of boarding trains and sending relatives off at the KL Railway Station. Like SAS, the station was designed by a British colonial architect and fused numerous architectural styles — namely Mughal, Islamic, and traditional Malay architecture.

Interesting tidbit: During the station’s heyday, non-passengers could access the platform to meet or send off passengers by purchasing a platform ticket. You can still find many of these antique (and now disused) ticket dispensers in the station.

The Chow Kit Mansion was constructed by Loke Chow Kit—a prominent businessman and owner of the first department store in KL—in the early 20th century. The mansion is notable for its bright yellow facade and European-inspired architecture.

When Loke’s family vacated the mansion in 1909, it was converted into a hotel (known as the Empire Hotel), becoming one of the two luxury hotels in the city at that time. In 1919, after Loke’s death, his son bought the property back and turned it into the Peninsula Hotel. This hotel eventually closed down due to the rise of other more popular hotels in KL.

The mansion is believed to have been designed by AK Musdeen, who was also responsible for other key buildings in the turn of the century KL, including the Industrial Court Building and the Medan Pasar shop lots.

DBKL acquired the Chow Kit Mansion in 1983 and appointed Pertubuhan Akitek Malaysia (PAM) as its ‘tenant architect’ and custodian. The mansion has since undergone extensive restoration work. Seetizens Lab now manages the site, and the main building has been re-christened ‘Rumah Tangsi’.

Interesting tidbit: Back when it was known as the Peninsula Hotel, the property was frequented by planters, trading house members, and other wealthy guests.

Situated close to Central Market, the Sin Sze Si Ya Temple is the oldest Taoist temple in KL. Kapitan China Yap Ah Loy built it in the 19th century to honour two Chinese deities — Si Sze and Sin Sze Ya — who helped guide him during the Selangor Civil War.

The temple has an expansive main hall and two side halls. It also boasts ornamented roof ridges, shrines to different Taoist deities, sedan chairs used to carry idols in procession, and fortune-telling sticks (known as kao chim). Devotees rattle a box filled with fortune sticks until one stick falls from the box. For just RM1, temple staff can interpret the divination.

Interesting tidbit: Before important exams, Taoist families go to the temple to pray to Wenchang Dijun, the god of literature and culture. Devotees also circle the main altar three times, believing it will bring them good fortune.

The heart of the old city, Downtown Kuala Lumpur (DTKL) is an old district pulsating with new life, merging then and now. DTKL has all the trappings of a bustling metropolis, but with a hint of history. Discover DTKL with Zafigo and Think City better and more safely right here.
TAGS:
DTKLDTKLDiscover
What’s your Reaction?
+1
5
+1
5
+1
3
+1
3
Share This Story:
49
Shares 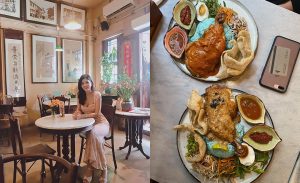 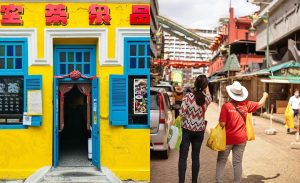 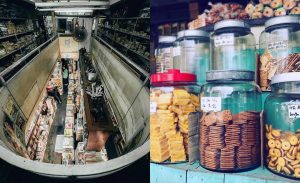 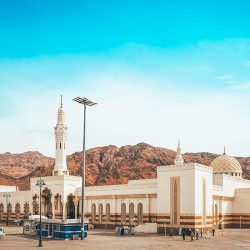 
7 Things To Know Before You Fly To Medin...