We’re still in the thick of summer (although admittedly entering the tail end), and there are throngs of you lot traipsing through London and Paris. While we definitely see the appeal of Europe, why not head somewhere new? Spain is a country full of travel options and experiences for everyone, with something to see and do for everyone. In every nook and cranny, you’ll find something new and exciting, from revolutionary art movements to historical landmarks.

Mountains, beaches, cities, and towns abound in breathtaking Spain. If you’re visiting Spain for the first time, here are some tourist destinations places to look forward to — from beautiful beaches to sustainable tourism hotspots.

This area, situated near the mouth of Spain’s longest river, the Ebro, has been recognised as a UNESCO Biosphere Reserve because of its exceptional natural beauty. There aren’t many sites in the world where you can discover two natural parks with completely distinct ecosystems a little over 30 kilometres apart. but that’s where the Ebro Delta Natural Park and the massive Els Ports Natural Park come in. Both of which are ideal for birdwatching.

Sunsets over the sand dunes in the Ebro Delta can be seen while strolling along the coast’s more than 140 kilometres from Marquesa beach to the Fangar lighthouse.

The uniqueness of this location lies in the fact that so many opportunities exist for people to actually unplug and unwind. For instance, you may take a cruise along the river in a traditional boat called a llagut, visit fascinating cities like Tortosa, or picturesque villages like Miravet and its castle with Templar ruins, or check out the cave paintings at Ulldecona.

If you want to experience some gastronomy, try visiting the wineries, where you may taste Terra Alta designation of origin wines, the Wine Cathedral in El Pinell de Brai, or one of the area’s Michelin-starred restaurants.

This region of Lleida is located in the heart of the Catalan Pyrenees, and it boasts fertile plains, huge woods, high mountains, lakes, and reservoirs. The many eco-friendly activities it offers are evidence of its commitment to responsible tourism. One of the most unique is the Lakes Train, a tour on a historical or panoramic train through the countryside of Lleida to the legendary lakes of the Pre-Pyrenees.

You can also walk the El Cinquè Llac guided route. It’s a seven-day round journey that starts at La Pobla de Segur and takes you through spectacular views, rural peace and quiet, and delicious local cuisine.

There’s even more: explore the Geoparque Orígens (where several dinosaur fossils have been discovered), the Montsec Astronomical Park, or take the Vall Fosca cable car to a height of over 2000 metres to begin a tour in the Aigüestortes I Estany de Sant Maurici National Park.

If you visit in the summer, don’t miss the summer solstice fire festivities, which have been designated as an Intangible Cultural Heritage.

This vacation spot is located in the Baix Empordà area of the Costa Brava (Girona). The Montgrí, Medes Islands, and Baix Ter Natural Park are well worth the trip here, and there are several eco-friendly ways to explore them on foot and by bike. There are also lengthier routes, such as the Pirinexus Greenway, which goes as far as the Pyrenees, and the 200-kilometre Ter River Route.

With one of the greatest marine flora and fauna reserves in the western Mediterranean, the waters surrounding the Medas Islands are perfect for divers.

The cultural legacy and programme of the area are likewise not to be missed. Include a visit to the famed Montgrí castle on your itinerary, as well as a tour around its art galleries or a concert at one of its festivals, such as the Torroella or the Jazz L’Estartit.

If you’re in the mood for some peace and quiet with the sound of the waves, here are some perfect beaches to unwind and to take the kids to, guaranteed to become family favourites:

This beach is over two kilometres long and features clean, shallow waters perfect for swimming and other beach activities. It also has a library with books in several languages and kid-friendly games and activities. There are also sites where you may rent Segways or jet-skis for an amazing experience.

This five-and-a-half-kilometer-long beach is found in the first family-friendly resort in Spain. The beach extends from the foot of Pescola castle to the village of Benicarló. It features a surveillance service and many access paths for individuals in pushchairs or with limited mobility. It has won numerous awards, guaranteeing that you and your loved ones will have a safe, enjoyable time in the pristine sand and water.

Freshwater springs in the seabed make this Costa del Azahar beach one of the most unique in the world, and they also contribute to the area’s high ecological significance. It is a golden sand beach over half a kilometre long with all the amenities needed for a fun family day.

Malaysians entering Spain will need to show proof of full vaccination, proof of recovery from COVID-19 (if applicable), a negative antigen test result (taken 24 hours before departure) or a negative PCR test (taken72 hours before departure). Health screening is in place at all Spanish airports and ports to ensure passengers comply with these rules. 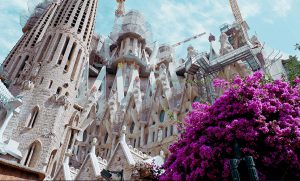 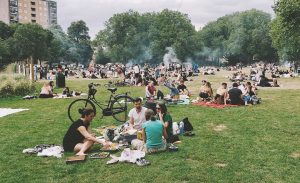 Beat The Heat: How To Survive The Heatwave In Europe 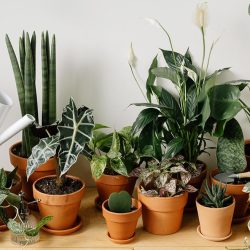