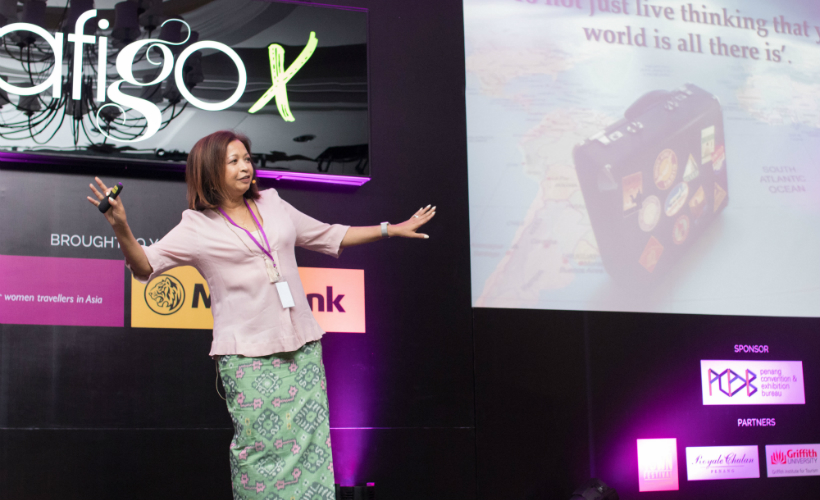 In 2014 when I first launched Zafigo, the travel website for women in Asia, I thought that just providing information that’s useful for women travelling in the region would be enough. This soon proved to be untrue.

Not only do women want information on how to travel safely, smoothly and smartly, but they also want to share their stories and form a community of women who travel, whether for work or leisure. What’s more, they want to share what they learnt on these travels, about the places they have been to and also about themselves. Many feel that travelling has changed them for the better but that change isn’t always an easy one to make.

To cut a long story short, while Zafigo continued to grow and attract the attention of women who travel, my team and I realised that we need to do more than have a content platform. Women want to know one another, interact with one another and learn from one another. It so happened that in 2016 we were invited by the George Town Festival in Penang to hold a panel talking about women and travel.

We set it up in a large room in  ChinaHouse restaurant with four women speakers – Zainah Anwar talking about her visit to Kabul, Afghanistan and whether it was a place for women to visit; Sasibai Kimis, who has lived in Africa and considers it not only a very interesting place to visit but also very safe; Anita Ahmad who travelled to some dangerous places in the course of her work for a humanitarian organisation; and Priscilla Patrick who went on holiday to Sri Lanka and found herself caught up in the tsunami.

It was a full house that day; about 75 women listened enthralled to these four speakers. And when it came to question time, it became clear that the audience had been very inspired by the talks and for some of them, travelling abroad alone suddenly became a real possibility.

Then came the moment. It was then that we realised something. For a woman, travelling successfully is an empowering process. Even armed with good information, being able to travel on her own or with a group of girlfriends is an act that is challenging on many levels. But if everything works out, the woman traveller gains self-confidence  like nothing else.

For many women, going overseas to a different country where people speak different languages and have varying cultures can be an unnerving idea. How do you navigate such a thing? Especially where at one time overseas travel was the province of a wealthy few, but now the advent of low-cost airlines has democratised travel so that it has become more accessible to many women.

And many women have taken these steps. Women of all ages, all levels of society are visiting other countries, beginning with those nearest to them and then progressively trying out those further afield. A recent survey on young Muslim women in Malaysia and Indonesia by J Walter Thompson’s Innovation Group found that a third of them travel abroad at least once a year. And provided that cost and other issues around food and safety are resolved, they would travel more.

“As I thought about it, more stories came out from many of my women friends and other women I met.”

With this realisation, our Zafigo team decided that we need to organise more than just a panel. We had a demand that needed to be met. And thus it was that ZafigoX happened this past August at the 2017 George Town Festival.

This time, we decided that we needed to give more time for women to learn about travel, to learn some skills associated with travel and to meet and interact with one another. I must say that we did not get to fulfil everything on our wish list for this first ZafigoX, but we most definitely assembled a programme that is still very strong in content.

The first ZafigoX programme had four parts: talks, panels, workshops and activities. What’s more, we also had a bazaar for women artisans and entrepreneurs to sell their wares.

The talks were modelled after another famous brand of talks where speakers were asked to speak for 20 minutes on a topic related to their experience of travel, and most importantly, what they learnt from it. A total of 11 women and one man took to the stage and shared their very diverse experiences. Manal Al-Sharif from Saudi Arabia talked about her campaign to get the ban on Saudi women driving lifted (and as providence would have it, a little over a month later, the ban was lifted!). Dr Catheryn Khoo-Lattimore, an academic from Griffith University who studies gender and travel talked about how, despite the growing numbers of women who travel, the travel industry is woefully slow in providing the tourism products they want.

Young women are naturally more adventurous when they travel. Petrina Thong hitchhiked all the way from Sweden back to Malaysia, going through both hospitable and harrowing experiences along the way. Jin Jeong is on her way back to South Korea after having cycled alone some 67,000km around the world the last six years. Chrys Tan is a global  nomad, working from her laptop from various exotic locations to escape the humdrumness of her home country. Nelleisa Omar talked about how breast cancer has not stopped her from holidaying abroad. And Kelly Lewis, founder of Go! Girl Guides, talked about how she turned her love for travel into a thriving business.

Two photographers showcased their work. Brendan Ó Sé from Ireland is the 2017 iPhone 7 Photographer of the Year and he not only showed us his work, but conducted a workshop for interested participants, taking them out to walk Penang’s streets to take photographs. Deepthi Asthana on the other hand is a photographer with a mission to take photos of the ordinary Indian woman from all over her country, India, basically to show that woman exists and is also a worthwhile human being.

Travelling to do something good was also the underlying principle behind Deborah Chan’s life, when she upped and took her entire family to Cambodia to build schools for children there. And while many travellers journeyed to learn new things, Elif Özer from Turkey found that going to another country helped her to unlearn many of the constricting rules that she had grown up with.

“Ultimately Zafigo hopes to become a global community of women travellers sharing all their insights on travel and supporting each other.”

ZafigoX also had four panels that tackled major themes surrounding women and travel. One panel dealt with the many challenges that women face when travelling and why we should do it anyway. Another dealt with the very real issue of the sexual harassment of women during travel; not to scare anyone but in order to provide ways and means to deal with it. Yet another talked about making an impact when travelling and making a difference to communities of women that you meet, such as Penan women in Sarawak who have found that their weaving skills can provide them an income if someone like Jacqueline Fong of Tanoti Crafts helps to market their products.

And finally, I moderated a panel where three women talked about why they do really difficult things. Hazleen Panayioutou founded the Amazing Trekkers Club to encourage women to challenge themselves by climbing mountains. Manal al-Sharif risked her job and estrangement from family and friends to fight for the cause of driving rights for Saudi women. And Nelleisa Omar talked about what it took to get into a swimsuit again after having a cancerous breast removed.

Then it came time to not just sit and listen, but to also learn some skills. From learning how to defend yourself while travelling, to how to prepare for a hike or a cycling trip, to how to look gorgeous with the ideal on-the-go beauty kit, use perfume, drape a saree or how to be a global nomad, the workshops had something for everyone. Some were so popular they ran over time!

The three days went by very quickly, with people attending the talks or workshops and in between going shopping at the wonderful stalls in the bazaar. All while making friends with one another. I should also mention that we had a corps of volunteers, mostly very cheery young women who had come from everywhere (even Indonesia) to help out at ZafigoX and who are the beginnings of the ZafigoX volunteer community.

I had to rush back to KL immediately after ZafigoX ended because it was Hari Raya Haji the next day. But the experience of ZafigoX is something that’s not easily forgotten. I had made lots of new friends from fields that I don’t usually get to meet people from, and it was gratifying to find that although we come from different areas of interest, we have a lot in common. In fact, the speakers bonded so well together that they have since organised to meet again among themselves in whichever city they found one another.

It’s especially wonderful to find that the initial idea we had of travel being a vehicle (pun intended) of empowerment for women is definitely on point. The feedback we received from our participants is almost universally positive; they found the programme enlightening and inspiring. And they want more!

So here we are, just two months on, almost reflexively already thinking of who we should invite for the next ZafigoX in 2018. I think we accidentally stumbled on a new way to realise women’s potential, with travel being the conduit. Sometimes that’s how things happen.

We’re already putting on our thinking caps to see how we can bring ZafigoX to you next year, and how we can make it more accessible to more women, both economically and geographically. And we definitely will have more kickass women for you to learn from.

So keep your antennas alert and tuned into Zafigo so you’ll be the first to know when we announce the next programme!

Meanwhile, enjoy the talks and panels through our videos here. 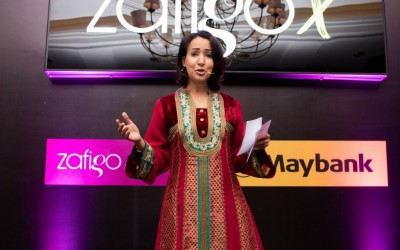 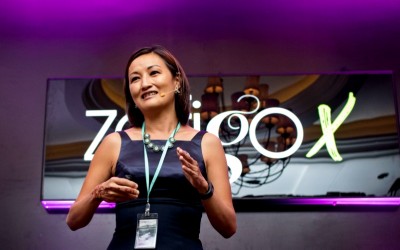 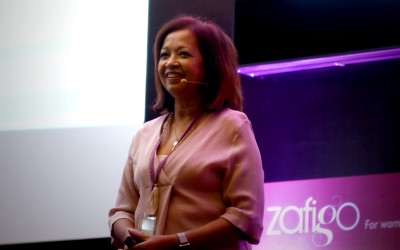 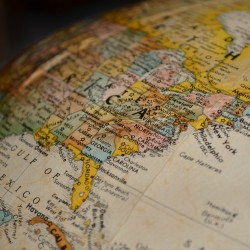