While we love the white, chestnut roasting on an open fire type of Christmas romanticised in our favourite Christmas movies, songs, and books, the world celebrates this season in all kinds of beautiful ways, and we’ve got eight reasons why you should consider an unusual Christmas getaway this year. (And yes, it does include some snowy destinations too!)

If you have the urge to put up your Christmas tree as soon as Halloween is over, you’ll love the Philippines. Known to have the world’s longest Christmas season, the festivities start early here, celebrated all through what they call the “ber” months. The parols (star lanterns), trees, and decorations go up in September and stay there until December.

The towns are decked out in festive lights, and Christmas carols are played in malls and on the radio. Closer to the actual Christmas date, families and communities reunite for Noche Bueno, the Christmas Eve dinner where they dine over their favourite meals — lechon (suckling pig), lumpiang ubod, and spaghetti, amongst other things. The celebration can go up to midnight as they play games, sing carols, and exchange gifts.

“Lechon roasting on an open fire, white sand seeping through your toes.” That’s how the song would go if we wrote it. It’s the perfect Pinoy edition.

Typically if you’re looking for a white Christmas, you’d think to fly west, but the island of Hokkaido promises a winter wonderland like no other. Sapporo, the capital of Hokkaido, radiates the warmth and joy of the season as the streets are flooded with snow-dusted trees and Christmas lights.

The Sapporo While Illumination is something you won’t want to miss if you are in the city. First held in 1981, Odori Park is illuminated by light sculptures, twinkling light displays, glowing snowflakes, and more. The light display is up from November till late December.

If you prefer white sandy beaches over dazzling snow, why not head to Costa Rica this festive season? Like the Filipinos, Costa Ricans celebrate Christmas Eve or Noche Buena by gathering the family for a feast over roast pork leg, tamales, and rompope, a Mexican eggnog with rum.

While the Christmas tree takes importance in most cultures, the Nativity Scene display or portals takes precedence here. A light festival follows the season in San José, known as the Festival de la Luz or the Festival of Lights. Millions take to the streets to witness marching bands, parade floats, musical artists, and fireworks displays usher in the season.

Christmas is well-loved and celebrated in this southwest state of India. Home to some of the most beautiful cathedrals and churches, Keralites know how to dress up for the season. Like many other places in the world, preparation for Christmas starts early — making Christmas wine, soaking dry fruits and nuts in rum or brandy for the famous Kerala Christmas Plum Cake, decorating homes and churches, and visiting the local festive markets.

If watching the film Snow Dogs as a child had you dreaming of spending Christmas under the stars, watching the Northern Lights, learning to mush through snow and ice in a town of friendly locals and resident reindeers (quite the fantasy, I know), you need to take a trip to Tromsø. It’s hard to believe that this Norwegian city exists in real life, especially if you’ve only ever known a tropical Christmas.
With little to no daylight in December, Christmas is a great time to witness the Aurora Borealis. But apart from the beautiful landscape and spectacular natural phenomenon, a trip to the Arctic Circle allows you to participate in some cool winter activities, like dog sledging, feeding, and sledging with the reindeers and meeting and learning about the Sami people and their culture.

If you’re going to consider staying on a train for a Christmas getaway, it has to take you to where Santa lives, right? It’s “all aboard!” the Santa Claus Express, an overnight train travelling from Helsinki to the northernmost region of Finland, Lapland, believed to be the home of Mr Claus himself.
You don’t have to believe in Santa Claus to appreciate the joy of being on a double-decker train passing through snow-lined mountain peaks and postcard-like views. The train stops at Rovaniemi, where you can partake in various holiday-themed fun like visiting the elf school, riding a reindeer, and going on a snowmobile safari — an excellent choice for families with kids.

Sapa is scenic and beautiful on any given day, floating above a deep valley of rice terraces, but its serenity shines through the winter months. Surrounded by mist and backdropped by mountains and hills, this idyllic town will sweep you off your feet, where snow covers the town between mid-December to early January. This Southeast Asian winter wonderland has quite a bit to offer come Christmas.

Churches are decorated in colourful lights, the Sapa Love Market puts on cultural shows and sells lovely local ornaments, and the Sapa Winter Festival gets lively with ethnic group music performances, folk games, and local cuisine showcased for locals and tourists to enjoy.

We don’t need a reason to travel to Barbados. Say the word, and we’re there! First stop is Bridgetown, the capital of Barbados — decked out in bright lights, the city comes alive during the festive months. The Leeds Christmas Market, dinners, and holiday shows take centre stage, and there is no shortage of things to do.

Christmas dinners in Barbados are a real treat! They include baked ham adorned with pineapple and sorrel glaze, rum cake, and Jug Jug, a Scottish-influenced dish made from pigeon peas, guinea corn flour, salt meat, and herbs.

But one of the real joys of the season is a Bajan tradition on Christmas morning at Queen’s Park, where locals dress in their Sunday best, turning the park into their runway as the Barbados Police Service Band serenade them with music. If you find yourself in Barbados this Christmas, you’re welcome to don your finest rags and join in the celebration. 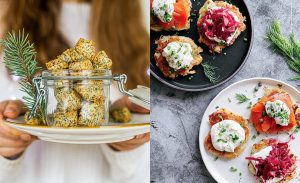 10 Traditional Christmas Meals Around The World 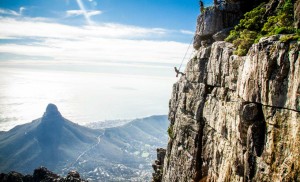 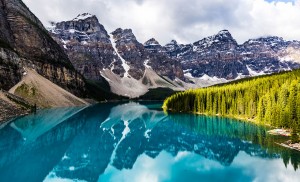 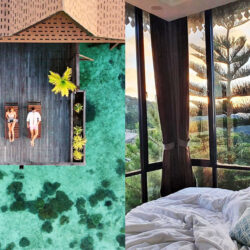