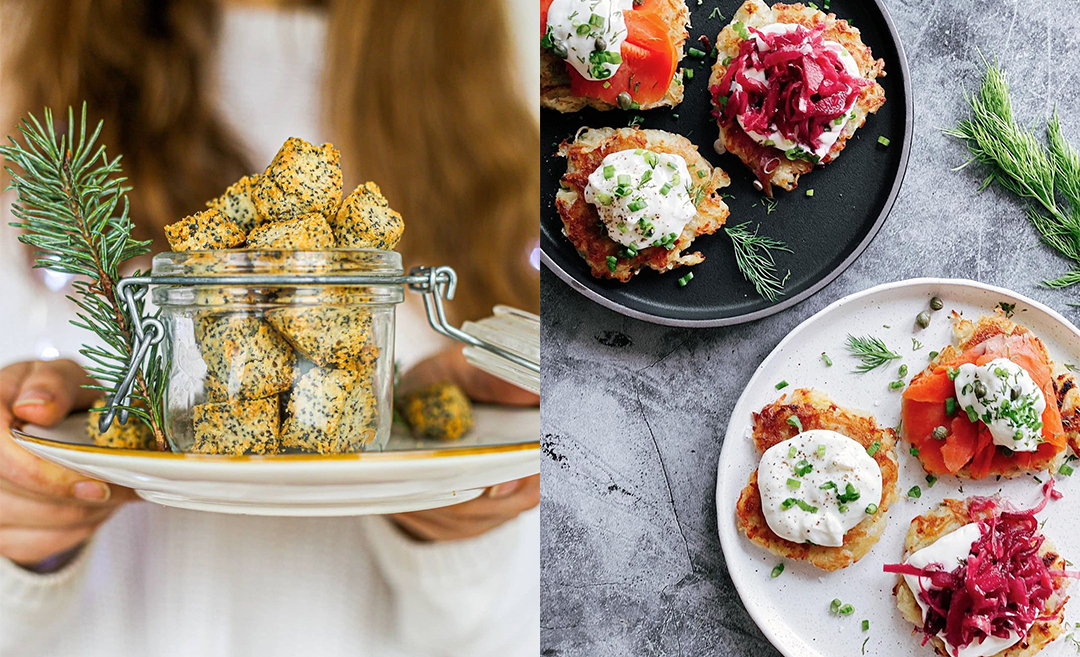 We’re on Telegram now too! Subscribe to our channel for the latest updates.

Christmas is an occasion celebrated by just about every country the world over; even by non-Christians. It’s about gathering with loved ones and connecting over a delicious meal. If you’re planning to host a (socially-distanced) Christmas dinner, why not switch it up this year?

Sure, a traditional Christmas meal is something to look forward to, but trying new things can be just as exciting (there’s nothing wrong with sticking to your favourite meal). Afterall, 2020 has been all about change, so instead of avoiding it, we can choose to embrace new things.

For inspiration, here’s a list of 10 traditional Christmas meals from around the world:

In Asia, Christianity is a relatively new religion, meaning a lot of Asian countries don’t recognise Christmas as a public holiday. In South Korea, however, 30% of the population is Christian, so 25 December is an official public holiday. While many locals enjoy the day off by dining-in and indulging in a Christmas buffet, others host potlucks. Most buffets serve western Christmas dishes like the quintessential roast turkey but potlucks feature traditional Korean food like bulgogi (barbecued beef), japchae (sweet potato noodles), and yaksik (glutinous rice cake with dried fruits and nuts).

Christmas is pretty popular in Vietnam, with local bakeries selling over 140,000 bouche de noel (yule cakes) annually during the festive season. Although the celebration is very much influenced by the French (Vietnam is a former French colony), Christmas dinner itself consists of very Vietnamese dishes. The most common meal is a hotpot served alongside cha gio (spring rolls), xoi bap (sticky rice with hominy), bahn khoai mon (taro cake), and che dau hu (sweet tofu custard). This Christmas meal can easily be customised to be enjoyed by vegetarians!

The Philippines is the only Asian country that has an 80% Christian population, so just like its Western counterparts, Christmas is taken very seriously with celebrations starting from as early as September. On the 16th of December, a nine-day mass starts that culminates on Christmas Eve. After the midnight mass, families and friends gather to celebrate over food. Typical dishes include lechon (charcoal roasted pig), rellenong manok (stuffed chicken), and bibingka (glutinous rice cake topped with salted egg and cheese). According to Anthony Bourdain, lechon is the best pork dish ever.

Many Italian, and even Italian-American, communities celebrate Christmas Eve with a multiple course meal. Known as ‘The Feast of the Seven Fishes’, it’s (evidently) a meatless event which has roots in Southern Italy – an area known for its seafood. The traditional dinner consists of fish cooked in a variety of styles, so think steamed, oven-baked, fried, cured, and so on. The perfect Christmas meal for pescatarians!

Since the Middle Ages, weihnachtsgans (Christmas goose) has been a traditional meal to feast upon every Christmas Eve. In fact, the oldest recipe for this dish was published in 1350! During the dinner, goose is served alongside braised red cabbage, sauerkraut, potato dumplings, and gravy. Sometimes, the goose is stuffed with onions, chestnuts, apples, and even spices like mugwort or marjoram.

In Lithuania, preparing for Christmas Eve can last up to a week as 12 dishes need to be prepared for the dinner, referred to as kūčios. The 12 dishes represent the 12 months of the year and, in a religious context, the 12 apostles. Normally, only local produce is used, such as native grains, seeds, nuts, and more. Meat, dairy, eggs, and alcohol are completely avoided. Interestingly, even hot food is avoided, as only cold food is served. One such example is the classic kūčiukai – a pastry made from leavened dough and poppy seeds, typically dunked into poppy seed milk.

Between the 9th and 10th century, settlers in Iceland somehow managed to deplete the supply of birch and willow trees surrounding the countryside. In order to survive, firewood was replaced with other types of fuel, such as dried sheep dung. Survival entails sustenance, so food was also prepared and cooked over dried sheep dung. This tradition continues, especially during Christmas, when Hangikjot is devoured by many. The (unconventionally) smoked lamb is thinly-sliced then served with pickled red cabbage, peas, boiled potatoes, and drenched in béchamel sauce.

A post shared by Handmade Pelmeni and Vareniki (@vareniki_and_pelmeni)

Due to communism and the ban on organised religion, Christmas was not celebrated in Russia for years. After communism, Christmas finally became famous, but is based around the Orthodox Christian calendar – this means it’s celebrated on the 7th of January. A must-have dish during Christmas dinner is Selyodka pod Shuboy. Translated into ‘Herring in a Fur Coat’, it’s a colourful, layered salad. The base of the salad is pickled herring which is then topped with grated vegetables such as boiled potatoes and beetroot.

Just like Russia, Armenia celebrates Christmas on the 7th of January, alongside other Orthodox Christian countries (like most of Eastern European). Until today, Armenians typically refrain from meat, dairy, and eggs for a week leading up to Christmas, while some even refrain from food completely. With the latter category in mind, ghapama is traditionally served for the digestive tract to easily digest the food. The dish is an entire pumpkin that’s been stuffed to the brim with rice, nuts, raisin, and honey before being roasted and cut into individual portions. Bonus: it’s vegan.

Hallacas is a Venezuelan dish usually served during Christmas and New Year’s. Similar to tamales, the outer layer is made of cornmeal while the inner layer is stuffed with pork, beef, or chicken (olives, capers, and raisins are sometimes added, too). What sets hallacas apart is that they’re wrapped with banana leaves instead of corn husks. The banana leaves are the main reason for the unique flavour. Throughout Latin America, a version of this dish can be found during Christmas, with each country adding its own twist to it.

On the Caribbean Island of Dominica, locals celebrate Christmas with a hearty bowl of Mondongo. It’s a spicy tomato-based soup and the star of the show is the tripe. In Dominica, tripe is commonly eaten due to the fact that the island practices eating an entire animal, not just specific parts. Something to think about during the holiday season when food wastage is high. 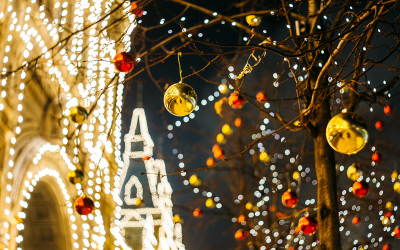 Christmas Around The World: Will The Pandemic Change Things? 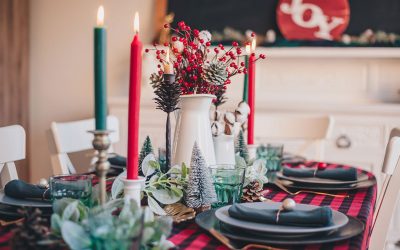 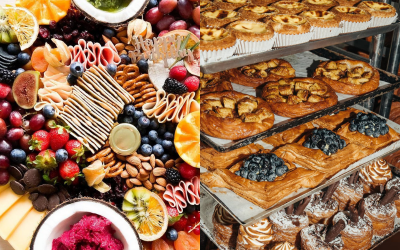 ‘Tis The Season To Be Jelly: 16 Places To Get Your Year-End Eats 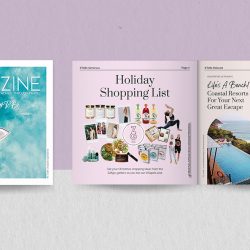 
ZafigoZine: Ringing In The Year #ToBe