From Zafigo From the Web

You don’t need to be a pet owner or animal lover to understand that having one means they’re an integral part of the family. While we ourselves sometimes struggle with the adjustments required of us to live in the age of a pandemic, just imagine how much more confusing a time it must be for our pets. We got some of the fur parents on team Zafigo to share what it’s like caring for pets during the quarantines/lockdowns/circuit breakers/movement control orders (MCO) of COVID-19, especially those with special needs.

Fortunately for me, cats don’t exactly need to constantly go outside. They’re perfectly fine being strictly indoor pets, and both of mine are. They’re not exactly social creatures either. However, while one of my cats is a sprightly four-year-old, my other cat, Mooshu, is a 20-year-old Birman. In case you’re wondering, that’s 20 human years, making him the ripe old age of 96 in cat years. Oh, and he’s also completely deaf, has arthritis, and has kidney issues.

Changes in their routine
None, really. Don’t think they care too much that we’re suddenly home all the time. Although, my two brats (who are usually in the ‘catio’ – a special area we built for them) spend a lot more time in the main areas of our house. I suppose they like that a lot.

Keeping them entertained and healthy
Like with looking after any other nonagenarian, Mooshu requires special care – a medicated diet, regular shaves, and supplements. As cats age, the first thing to go is usually their kidney, hence the need for food that won’t strain a weakening organ. While the process can’t be stopped, you want to keep them as comfortable as possible.

With regards to the shaves, being a fluffy Birman is a blessing and a curse for him, as also being so old means he can no longer groom properly, resulting in painfully matted fur. To keep him comfortable and pain-free, Mooshu also takes glucosamine and folic acid supplements with his food to help his arthritis, which brings me to my next point.

The challenges of the MCO
Luckily, I can rely on the likes of Lazada or even the neighbourhood pharmacy for supplements for my geriatric feline. Mooshu’s food, however, is tricky. Other than at the animal hospital, there’s nowhere else I can go. Neighbourhood vets don’t carry it (think clinic versus hospital), meaning I need to head to the animal hospital smack bang in town. According to the animal hospital, many fur parents have been turned away at roadblocks as those working them don’t see pet food from a hospital as a necessity, even when you explain to the officers that your pet is on a medicated diet (they’re just doing their jobs).

So, if you’re concerned about a roadblock, bring your pet with you or perhaps get a letter from the vet so that hopefully you’ll be allowed to pass. When you do get through, stock up as much as possible. We don’t know when this MCO will end.

Here’s a little something to look forward to! Eventually, things will return to normal, and who knows? You may even go on a trip with your furbaby: Tips For Travelling With Your Pet To Add Joy To The Journey

We came home from work one day to a loud pounding on our front door. Initially, we thought maybe we forgot to close the balcony glass door in the morning and the wind outside had gotten pretty strong, only to open the door and find our (then) six-year-old Shih Tzu, Juno, covered in sweat and blood. We weren’t sure what happened, but we kept coming home and finding her in the same distressed situation the next few days. It was only when I decided to work from home later that week did I realise my immediate neighbour was retiling their entire unit and the drilling noise was pretty unbearable during the day. The loud drilling triggered Juno’s anxiety and since then she hasn’t been able to stay alone at home.

Changes in her routine
For the past year, because of her anxiety, we’ve been sending Juno to doggy daycare from Mondays to Fridays when my partner and I go work. At daycare, not only is there constant supervision, she also gets a good dose of socialising and exercise. On weekends, we would take her on evening walks around the neighbourhood. With the MCO, she’s back to staying indoors about 98 per cent of the time. We live in a condominium so there isn’t much area for her to roam, although as long as one of us is around, she’s okay with that.

Keeping her entertained and happy
Most of the time, Juno can be pretty easy to entertain, or more precisely, she keeps herself entertained. She has a basket of toys that she goes through daily to pick a toy that will be her ‘friend’ for the day. Sometimes she brings it over to us for a game of fetch. We also play some brain games every now and then to keep her occupied. Last weekend, she got a home-baked cake for her seventh birthday and that made her pretty happy as well.

She gets anxious just before it’s about to rain or when it’s really windy. When this happens, she usually comes running to one of us (usually me) and taps us on our feet or calves for either pets or to be carried. The taps become scratches when we don’t react (protect her) quickly enough, usually when we’re both at our desks, busy working. For now, I’ve resorted to carrying and placing her on my desk when this happens. It’s probably not the best solution to the problem, but it does calm her down being able to see my face. Most of the time she dozes off. Other times she just sits and watches me work.

The challenges of the MCO
The main challenge for us is making sure she gets some sort of workout daily. Space, as I said, is limited, but we try our best. A game or two of ‘hide and seek’ usually gets her panting from all the running about. In the evenings, before dinnertime, we do about three laps out in the corridor. Sometimes, the neighbours’ kids pop out when they hear her and she enjoys the little bit of attention she gets from them through the gates.

Another thing is the grooming. As with all Shih Tzus, Juno’s fur grows long and needs to be groomed every two months. She was due for a haircut just as the MCO started, so she’s looking pretty fluffy now. I’ve tried trimming the hair around her face to keep it from covering her eyes, but my partner says she looks like one of those kids who got a funny DIY home haircut from their mums, hinting that I did a terrible job.

Read more on how the pandemic has affected nature, animals, and the world we live in: COVID-19 Vs Nature: The Pandemic’s Affects On The World’s Environment

I live with four dogs, one very grumpy 14-year-old Persian cat, and three monkeys (fondly known as my mum and two sisters). My sisters and I have been at home for the better part of six months, as my elder sister and I are freelancers while the younger one is a student. So, it’s always a full house, but it’s worked to our advantage during this quarantine period.

Changes in their routine
Nothing much has changed; except for their diets. We (the humans) tend to snack a lot throughout the day (could someone please get these dinner rolls away from me?) and our dogs put on their best doe-eyed look (think Puss In Boots) whenever they hear the rustle of a plastic bag. Could it be a bag of chips? Could it be treats? It can’t be an empty bag. Sometimes, we have the willpower not to give them anything, but sometimes we give in with “just one” and one piece of chicken later…

Keeping them entertained and happy
Our dogs, JD, Nala, Sunshine, and Bailey, are special. They love sunbathing and have their own corners in our house where they do exciting activities like sleeping. They keep to themselves most of the day and only get excited in the evening because that’s when mum comes home. When mum’s home = dinner time. Our cat, Duchess, is the best. Like most cats, she goes to you for attention when she wants it, and it’s usually when you’re working or taking a nap that works best for her. I give in because I respect the elderly.

The challenges of the MCO
I’ve been enjoying working at home for the most part — mainly rolling out of bed half an hour before work starts and still being able to be on time — but not being able to spend time with my babies while being home all day does break my heart as it does theirs. They see me in my room, they come in to play, but I can’t give them more than a few minutes.

JD, my sidekick and my mother’s favourite child, has been merajuking (Malay for sulking — he’s a real character. Takes after his owner… Hi mum!) since last week because we’ve not given him much attention while being home. It’s tough, but I’m working on making more dedicated time for them throughout the day. We’ll see how that goes. I’m sure they’re all looking forward to the day they can head out for proper walks. 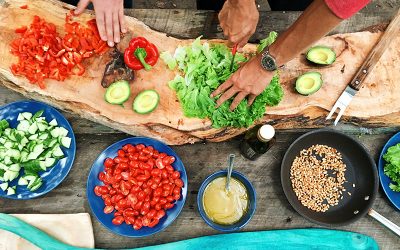 8 Western Dishes To Fire Up In The Kitchen During Quarantine 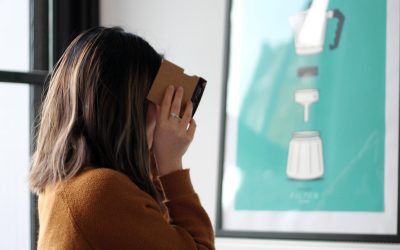 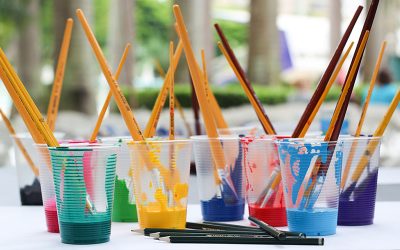 Creative Ways To Unwind During Self-Quarantine Or Lockdown 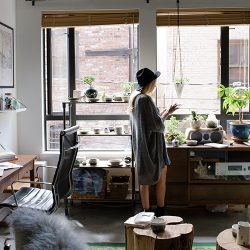