Staying up to date with COVID-19 news is important, especially if you’re counting the days until the Movement Control Order (MCO) is lifted. Although being stuck at home can feel like a bit of a drag, thanks to tech, there’s actually plenty to do at home.

While everyone is focused on the pandemic, Mother Nature is focused on healing from years of abuse. Sounds dramatic, but think about it – for an uncountable number of years the majority of the population, and even policy-makers, have treated our planet recklessly. So how exactly is the planet healing during this period of restricted travel? Read on for some good (and some not so great) news.

The air we breathe

The Good: Air pollution has significantly reduced. While China and Italy have made headlines, other countries around the world are also showing reduced amounts of toxins in the air. In India, for example, air pollution levels dropped by 70 per cent in just one week. People in the northern part of the country have reported being able to see the majestic Himalayan mountains some 200 kilometres away for the first time in three decades.

The Bad: Considering the lack of activity around the world in terms of transport, air pollution is continuously decreasing, but if climate policies don’t change ASAP, air pollution will most likely return and with a vengeance if people rush back into using air-polluting services.

The Good: Okay, so it isn’t good news that a Malayan tiger at the Bronx Zoo in New York tested positive for COVID-19, but the zoo has stated that she and six other sickly big cats are all expected to make a full recovery. Four-year-old Nadia is believed to have contracted the virus from an asymptomatic zookeeper.

The Bad: Pakistan rushed into lockdown and because of it, forgot to consider the animals. As only essential services are allowed to operate, pet stores in Karachi were closed for two weeks until activists convinced authorities otherwise. As a result, 70 per cent of animals in pet stores, unfortunately, died from starvation and lack of air.

Got kids? Introduce them to the beauty of nature and then some with these useful travel-from-home ideas: 5 Ways To Help Your Little Ones Experience The World From Home

The Good: Venice in Italy is a dream destination, but not many know about how the locals have protested against over-tourism, specifically cruise ships. The endless amount of water taxis and cruise ships have polluted the canals, but finally, water clarity has significantly improved during Italy’s lockdown. Fishes are visible again and ducks are nesting – both previously unseen by locals for years.

The Bad: Everyone is obsessively using face masks, but not the re-usable kind. This is only adding to plastic pollution in the sea, and unfortunately, not being highlighted by mainstream media. In Hong Kong, a conservationist recently discovered 100 face masks washed up ashore on a beach within two weeks.

The Good: Almost 100 critically endangered hawksbill turtles hatched in the sand and returned to the sea in Brazil. Normally, this beach in Paulista is filled to the brim with tourists, but amidst the lockdown, it’s a different story.

The Bad: Australia’s Great Barrier Reef has experienced its third mass-bleaching event in under five years; terrible news as it makes up 10 per cent of the world’s coral reefs. The bleaching occurs due to extreme heat – a result of greenhouse gases increasing because of pollution and climate change.

Use this time to reflect

Now that we can see the effects of the lockdown on our environment, we need to ask ourselves whether we really want to continue pushing the limits of Mother Nature. What would happen if we return to harmful habits after the lockdown? If many countries are struggling to contain a virus, imagine the frenzy of containing a climate crisis.

Use this time to learn more about environmental pollution and what choices you can make to stop environmental degradation. For instance, make the decision to be a responsible traveller. Choose to support or visit destinations and hotels known for keeping it clean and green. A little bit goes a long way. 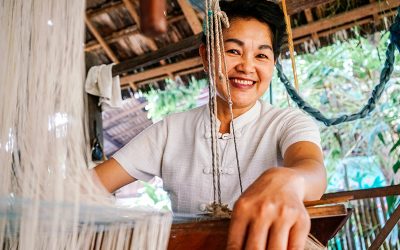 The Positive Impact Of Ethical Travel In Asia 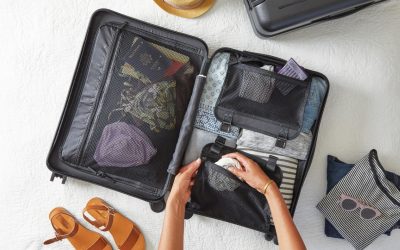 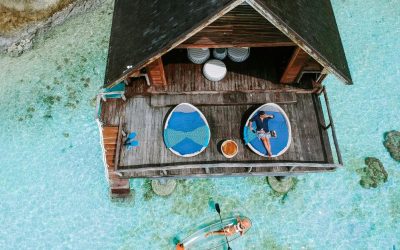 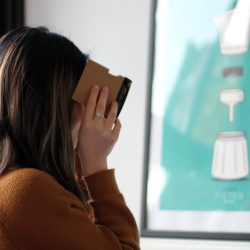