Castles aren’t necessarily the first thing that comes to mind when you think of Japan. Even then, you may think of the quirky Japanese game show Takeshi’s Castle. However, the land of the rising sun actually has stunning castles built during the 16th and 17th centuries to keep every history buff and culture vulture busy for days. Yes, they’re proper manors for royalty, and no, there won’t be ‘human bowling pins’ or other hilarious antics.

In all seriousness though, while there are over 300 castles throughout Japan, almost all of them are post-war reconstructions. There are currently only 12 remaining original-construction Japanese castles (shiro) left in the country that have stood the test of weather, war, and time. Here’s the low-down on them:

Standing at 480 metres, Bitchu Matsuyama Castle (also known as Takahashi Castle) is the highest-altitude one in Japan, constructed atop a steep and rocky mountain. Reason being that this locale was considered a strategic location and valuable territory.

Bitchu Matsuyama Castle is located in Takahashi, in the Okayama Prefecture. Takahashi Muneyasu built the first castle on this site in 1331. The main keep, which is the castle you see today, was built in 1683 by Mizunoya Katsutaka. The castle is quite small compared to others, but the towering stone walls make this a must-see. The ruins of the Otemon Gate can still be seen at the entrance. Head to the back of the castle for the best view of the original yagura (turrets).

The main keep of Hikone Castle in Hikone City, Shiga Prefecture, was built using a number of different types of gables and construction techniques to make it well-fortified. The donjon is still made from its original wood, as is the moat network. Some parts of the castle like the goten, or palace court, has been reconstructed, however, the yagura and main keep are in original form and designated National Treasures.

While there isn’t as much to see in the keep as in other castles, the grounds and external structures are very impressive, and you can even enjoy hanami (cherry-blossom viewing) here in the spring. Of course, don’t miss out on exploring the yagura and gates. The site also houses a museum in the reconstructed part of the goten. Here, visitors can see artefacts, musical instruments, objects used during tea ceremonies, and watch Noh Theatre (oldest surviving form of Japanese theatre).

The building of Hirosaki Castle, also known as Tsugaru Nobuhira, commenced in 1603 and finally culminated in 1611 after a three-year break in between. This magnificent structure is located in Hirosaki City of the Aomori Prefecture, and was built using materials from the Horikoshi and Daikoji castles. What gives the castle its unique façade is that it was rebuilt in 1810 and the original ceramic roof tiles were replaced with copper.

Its original five-storey keep was destroyed in a fire in 1627. Today, the renovated Ninomaru Tasumi Yagura watchtower serves as a three-storey keep. The buildings and walls of the castle are unique – there are nine castle structures in total, including the main keep, five original yaguramon gatehouses and three yagura.

Hirosaki Castle is a historical treasure of the Tohoku region and hosts an annual cherry blossom festival with over 2,600 cherry trees displaying their blooms every year. Meanwhile, Hirosaki Castle’s surrounding area is known for its apples. They’re said to be the best in Japan and are the perfect tasty treats and apple juice for hungry and thirsty travellers.

Are temples more your thing? Head over to Yanaka in Tokyo instead:

Get A Taste Of Japan’s Old World Charm In Yanaka, Tokyo

Originally built in 1537, Inuyama Castle (also known as Hakutei-jo) was the only privately-owned castle in Japan. It has recently been sold to the city of Inuyama and will be taken over by the Aichi Prefecture. What’s interesting about this castle is that unlike other castles, it wasn’t built entirely from scratch. The main keep of Inuyama Castle was moved to where it is now and was originally a part of Kanayama Castle. Inuyama Castle’s main highlight is the spectacular views it offers its visitors from the top.

Considered one of the best castles to visit, Matsuyama Castle’s bare wooden exteriors are what make it special. This woody façade lends an aura that’s both historic and austere to the building. We recommend visiting early in the morning too, during which a ceremony takes place to open the castle gates. This happens to the beating of drums while a guard announces the opening of the castle. It’s really quite an experience.

Originally built here in 1603, Matsuyama Castle’s main keep was destroyed in a fire caused by lightning in 1784. Construction of the current keep was completed in 1854 and the castle was handed over to the city of Matsuyama in 1923. Restoration works kicked off in 1966.

Matsuyama Castle boasts the longest curtain wall of all the castles in Japan, running all the way from Ninomaru to the Otemon Gate ruin. For some awesome photos, head to the large sannomaru, or third bailey, where a panoramic view of the castle and surrounding buildings awaits.

In 1615, Marugame Castle in Marugame City of Kagawa Prefecture was decommissioned to comply with a 1615 law allowing only one castle per lord in each territory. Its construction was reinstated in 1641 by Yamazakie leharu who built the structures seen today. The original keep is the smallest in Japan, but being built on the top of the only mountain in the area, it offers amazing views.

Nearly two-thirds of the hill atop which Marugame Castle sits is encased in ishigaki (stone wall) and surrounded by a moat. Concentric tiers of stone rise up from the surroundings, creating a very impressive sight.

The original castle was built in 1611, mostly destroyed in a fire in 1727, and rebuilt between 1748 and 1753. The current main keep dates from this time. Interestingly, all the structures from the original honmaru (inner bailey) and the palace can be seen today. The Tsumemon Gate is an interesting feature that splits the honmaru and ninomaru (outer citadel) into two, leading would-be attackers to believe that they were entering the inner enclosures of the castle.

Japanese castles used channels dug into the ground and built into stone walls called ishidoi to channel groundwater away from the baileys to prevent landslides. Kochi Castle offers a chance to see excellent examples of this architectural prowess from hundreds of years ago. Another unique feature at Kochi Castle is the ninja-gaeshi – iron spikes on the outside of the castle to keep ninjas from entering.

Believe it or not, some parts of Japan are pretty tropical, like Okinawa for instance. Due to the fact that Kochi City, where the castle is located, has a warmer climate, you’ll see a lot of foliage surrounding the majestic building. It’s a beautiful place to explore, and the exhibits within will give you an excellent insight into the castle’s colourful history.

Besides castles and blooms, get to know more about Japan’s history and culture with a cup of tea:

Designated as Important Cultural Property, Maruoka Castle in Sakai of the Fukui Prefecture was originally built in 1576. Then, in 1948, the castle’s main keep was destroyed by an earthquake but rebuilt using 80 per cent of its original materials in 1955. This makes it the oldest remaining keep in Japan! The three-storeyed keep has still its original wood interior and stone tile roof. Inside, you’ll find a super steep stairway that even has a rope for assistance.

Besides exploring the main keep, do also visit the small museum just at the bottom of the hill. There are a number of artefacts on display, including objects used by the lords of the castle and even a piece of horse armour.

Fairly large compared to Japan’s other castles, Matsue Castle (also known as Chidori-jo) was built in the borogata style, a primitive technique employed to build stone foundations. The main keep was built in 1611 and also features three turrets. Although the castle was mostly dismantled during the Meiji Period (1868-1912), thankfully, the main keep was saved and is what you can still visit today.

Once the home of a revered family, the main keep now houses an exhibition that showcases artefact such as armour, weapons, and a model of the castle during its heyday. The castle grounds are vast with cherry blossom trees and moats to see. Towards the north of the castle, outside the moat, is the home of Lafcadio Hearn (the journalist and author also known as Yakumo Koizumi) along with an old samurai house.

Headed to the Land of the Rising Sun but not sure what to expect? Just look to our guide:

Eight Things To Expect On Your First Vacation To Japan

Matsumoto Castle in the Nagano Prefecture is a National Treasure built in 1590. The tenshi (main keep) of Matsumoto Castle is 30 metres tall with six storeys and five tiers. While each area had a purpose, the third floor is a secret room not visible from the outside while the top floor is a look-out area and shrine dedicated to Nijurokuya-shin – God of 26 nights. On the 26th of every month, 500 kilograms of rice is offered to a deity in exchange for protection of the castle.

The castle has a moon-viewing turret too, cherry blossom trees, blooming azaleas (in May), and of course the famous red bridge. Finally, there’s a man dressed up as a samurai wandering around the property until 11am who’s very willing to take pictures with visitors.

Uwajima Castle in the Ehime Prefecture was built in 1595. The layout of the castle hasn’t been changed since 1615 when the yagura, gates, and stone walls were added on. The castle also boasts the oldest (1596-1615) and one of the largest Yakuimon-style gates in existence called Noboritachimon. Uwajima also features a weapons storehouse built in 1845. This building is particularly unique because very few of these buildings have been preserved. The castle hill is covered in greenery, with many of the walls covered in moss. This creates the beautiful impression that the structures are part of nature.

Last, but certainly not least, on the list is Himeji Castle. The castle’s nickname, Shirasagi-jo, means ‘White Heron Castle’ and it’s easy to see why. This large and stunning white structure is easily one of Japan’s most famous castles and most visited attractions. It was listed as a UNESCO World Heritage Site in 1993 for being such a spectacular example of traditional Japanese architecture with a history that dates back to 1577. It started out as a small castle, but look at it now! The photos don’t do it justice. 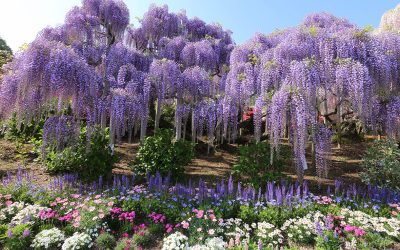 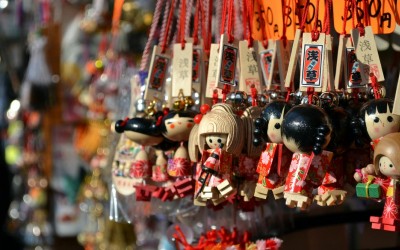 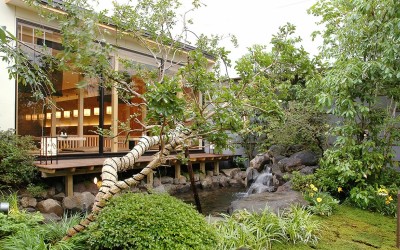 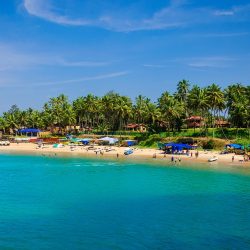 
10 Places To Explore On Your Goan Honeym...