‘Ju’ means receiving or granting. It represents you opening yourself to what is natural and true. ‘Kai’ means precepts and acting in a way that benefits all things. So, by participating in a Jukai, you create space for the precepts to manifest into that which is natural.

You can attend one of these ceremonies to receive guidance, even if you aren’t a Buddhist. Participating in a Jukai is a spiritual experience regardless of your religious beliefs. It is a way to learn about Buddhism and Japanese culture while experiencing the authenticity of staying at a Japanese Buddhist temple.

Jukai varies from place to place, but there are a few fundamental parts of the ceremony that need to be observed. Usually, it starts with the participant asking whether they may receive the precepts. They then wash up and dress in clean clothes before entering the hall and receiving the precepts.

Buddhist culture is prominent throughout Malaysia. During celebrations and observation days like the Lunar New Year and Wesak, temples throughout the country are filled with devotees who gather to meditate and sing hymns, while monks chant melodic sutras. Read this ? 6 Buddhist Temples To Visit In Malaysia

Up in the mountains

Mount Koya in Japan is considered to be the most spiritual place in Japan. The area is the headquarters of the Koyasan sect of Shingon Buddhism and has an active monastic centre where you can stay and experience a Jukai.

Danjo Garan in Koyasan is one of the country’s most spiritual-religious complexes. It’s this sacred temple complex that’s the home of Shingon Buddhism. At the Garan complex, the Jukai is conducted in a dimly-lit room. The priest chants the 16 Buddhist precepts which are then repeated by the participants. Once all the precepts have been recited, participants receive a certificate of participation and are sent off to practice the precepts as they see fit.

To make your stay and experience even more authentic, you can stay in traditional Japanese lodging provided by one of the 52 temples at Koyasan.

As legend has it

According to legend, the founder of Shingon Buddhism, Kobo Daishi, threw his sankosho (a Buddhist double-ended ceremonial tool with three prongs) from China towards Japan. Upon his arrival in Japan, he found his sankosho stuck in the branches of a pine tree in Koyasan and decided to build Danjo Garan on that spot. It’s said that the pine tree still grows on Koyasan.

There are several buildings at the Garan complex including Toto (eastern pagoda), Saito (western pagoda), Miedo (founders hall), and Koya Myojin Shrine (enshrining Mount Koya’s Shinto deities). The most prominent of these are the Kondo Hall and the Konpon Daito Pagoda. Important ceremonies are held in the wooden Kondo Hall. The hall was originally built in 819 and has burned down five times since then. The current building dates back to 1932. An image of the Buddha of medicine and healing (Yakushi Nyorai) is enshrined in the Kondo Hall.

The Konpon Daito Pagoda is two-tiered and stands 45 metres tall. The interior of the pagoda is a three-dimensional mandala with a statue of the Dainichi Nyorai (the central Buddha in Shingon Buddhism) standing at the centre, surrounded by four other Buddhas. 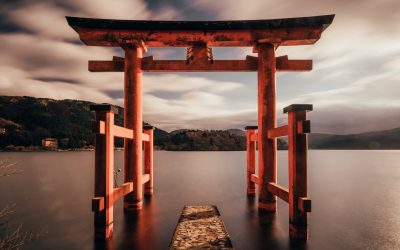 5 Astonishing Japanese Lakes That Are Out Of This World 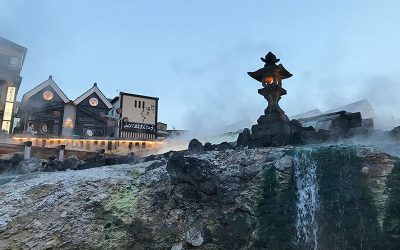 What To Do & Not To When At A Japanese Onsen 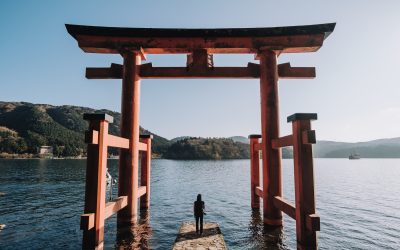 8 Things To Expect On Your First Vacation To Japan 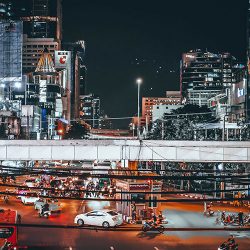