The aviation sector has experienced a unique couple of years. After months of cancellations and delays due to COVID-19, travel has resumed in recent months, albeit with a whimper that’s only now building up to a roar.

Despite the chaos of the travel season, Malaysian Airlines has been named the 26th best international airline out of 50 by baggage manufacturer Bounce’s 2022 Airline Index.

With an 83.98% on-time arrival rate, an 8.01% cancellation rate, and an average rating of 3.0/5 across the board for food, entertainment, comfort, and service, our national carrier is clearly doing something right.

The study analysed 62 of the largest airlines in the world based on parameters like their on-time arrival rates, cancellation records, customer ratings, and whether or not they offered free luggage. In the end, 50 airlines made the index.

When it comes to air travel, Singapore Airlines is at the absolute top. The national airline of Singapore had one of the world’s lowest cancellation rates in 2021, at 0.19%, and a respectable on-time arrival rate of 86.04%.

The airline is one of only five on this list to receive a score of 4/5 on all four categories (meals, in-flight entertainment, seat comfort, and staff service), making it not only the top international airline, but also one of the finest airlines overall.

The icing on the cake is the 30kgs of free checked luggage on both local and international flights.

All Nippon Airways (ANA) comes in second place for the best international airline, with an on-time arrival percentage of 89.14% and a perfect 5/5 for staff service (along with 4/5s for food, entertainment, and seat comfort). With a 46kg limit for international flights, ANA also provides the most generous free checked baggage allowances of any airline on this list.

A trip with ANA can take you all over the world, including to China, Southeast Asia, the United States, and Western Europe.

Korean Air has impressive on-time arrival and cancellation rates, coming in at 84.33% and 0.9%, respectively, making it the third-best international airline. Korean Air has a free 12kg baggage allowance and receives 4/5 stars for its food, in-flight entertainment, seat comfort, and service.

For those curious, here are the top 10 highest-ranked international airlines:

Bottom of the charts

Thanks to feedback from passengers, AirAsia has dropped to the 42nd spot on the list of the world’s best airlines. With an on-time arrival rate of 84.47% and a cancellation rate of 1.95%, it has a record that is not too poor compared to other lowest-ranked carriers.

Lion Air, an Indonesian airline, is last on the list with the worst on-time arrival record and the worst cancellation rate at 42.27% and 34.43% respectively. In other words, throughout the past year, one-third of Lion Air flights were cancelled. 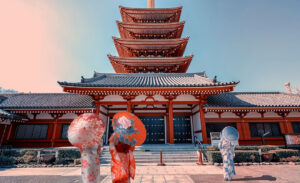 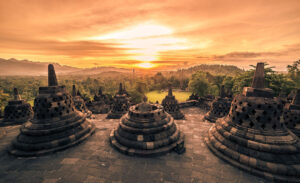 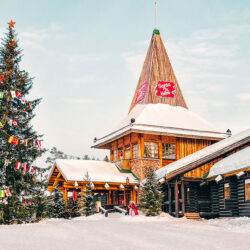