I walked down the plane to the tarmac, as the Bahraini sun shimmered in the early morning. Already it felt like a furnace, especially after the air-conditioning on the Malaysia-Singapore Airlines (MSA) flight from Kuala Lumpur (KL). I moved towards the distant terminal along with the other passengers in my too-warm turtleneck and woollen trousers meant for arrival in wintry London.

Black dots swam before my eyes and my stomach began to feel as if I was on a rocky ship rather than the solid ground beneath me. At that moment, I had to decide what was the least embarrassing option – stay silent and possibly allow myself to faint on that hot tarmac, or pluck up enough courage to ask the man walking next to me if I could hang on to his arm until we reached the cool of the terminal building?

I chose the latter, saved my dignity, and at the same time, learnt an important lesson. I was travelling on my own for the first time, at age 17, all the way to Los Angeles (LA) via London. My parents had decided that in the long holiday while waiting for my SPM (then called Malaysia Certificate of Examinations) results, I would spend time with the American family that we had befriended when one of their daughters was an exchange student in our home. In those days when air tickets were an expensive big deal, so I had to travel alone, stopping only in London where I had a cousin.

There I was on my first big adventure. The first lesson I learnt on that transit stop was that I had to make quick decisions, and that I could not cower behind shyness, not if I did not want to lose face. Already on that flight I had not yet learnt to close the toilet door properly and was almost caught literally with my pants down when someone tried to push it open. I had to redeem my own self-worth.

The entire trip, originally planned to last two months but later extended by another month (because I had not yet visited Disneyland), was quite successful, at least in terms of travel. I didn’t miss any flights nor lose any luggage. My parents would say though that I came home not only several sizes wider (thanks to a newfound love for American chocolate chip cookies) but also a different, sassier person. That’s another story in itself.

Almost 10 years later, after school, university, starting work, and a bout of dengue fever, I embarked on my second solo trip, again to the US. I had saved part of my salary as a journalist every month to buy the cheapest ticket I could find. By sheer chance, I knew a woman who worked at a travel agency whose biggest client was a Japanese company. Every year, her agency would have a quota of leftover tickets that they sold cheaply and when she heard that I intended to travel, she offered to book me one of those round-the-world tickets to the US via Japan. It would cost me all of RM1,500 – a very attractive price even in those days. It would take me to Tokyo and then on to Los Angeles, New York, London, and – finally – home. Only stops I made within the US would cost extra.

I took off on my seven-week trip in the fall of 1982, headed for my first stop in Tokyo. At the time, my sister and her husband were living there, so I bunked with them. I can’t recall much of that visit except for a shopping trip where I got some very cool flat ankle boots and a grey outfit that was very Japanese à la mode at the time. After a few days, I flew to Los Angeles to once again visit my American family.

This time, I indulged in fewer cookies, but I did manage some fun outings. I visited the studio where the TV show Hart to Hart was filmed and had lunch in her trailer with Stefanie Powers whom I had met in KL a few months before. Over what looked like nasi goreng (fried rice) but with unidentifiable pieces of meat in it that I was too shy to enquire about, Stefanie asked me to fill her in with all the gossip about the socialites she had met in KL, not that I knew much. Later, she introduced me to her co-star Robert Wagner who was very charming in that suave way we were used to seeing on television. 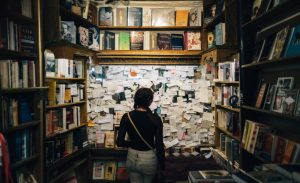 Naturally, any mum would worry about letting their teen jet off on their own, but you can’t hold on to them forever. Here’s how to (slowly) loosen the reigns. – How To Let Your Teen Travel On Their Own

My entire trip to the US was to visit various friends scattered around the country who were either studying or living there. From the gigantic glamour of LA, I flew to the tiny Midwestern town of Bloomington, Indiana to visit my friend June who was attending university there. There was a small contingent of Malaysian students there, as well as in nearby Terre Haute, sent by the government in those heady days when we used to send many overseas. It was nice to see June and meet some of the other students, but small-town Indiana was not my kind of place, and I soon took off for my next stop – Washington DC.

The US capital city is one of those graceful administrative capitals with wide boulevards, museums, and monuments. Autumn was a great time to visit – it was just cool enough to be different from home, but not so cold that going outside was miserable. Again, I stayed with friends who were very happy to take me around to the many tourist spots. My favourite was the Lincoln Memorial which generated a peaceful vibe that few other monuments did. And for some odd reason, I remember being taken to lunch at Clyde’s, a restaurant in the Georgetown section of DC with its high ceilings, bentwood chairs, and old-fashioned toy airplanes hanging above diners. At the time, the poshest place to eat in KL was the Hilton coffee shop, so Clyde’s seemed very sophisticated to me.

My final destination in America was New York City. When my mother heard I was going there, she fretted about what a dangerous city it was, convinced that I would be shot as soon as I stepped out onto the street. As a mother now, I understand her concern, but at the time, at age 24, I naturally pooh-poohed it all away, pointing out that just before I left, someone had been stabbed on Jalan Ampang. I was staying with my friend Ana down in Greenwich Village (known to locals simply as ‘the village’), an area filled with NYU students, artists, and bohemians of all types.

Ana shared a flat with her brother and I slept on a foldout futon in their living room. In the daytime when they had classes, I would wander around on my own and at night they would take me to their local haunts. I had my first taste of cappuccino and artichoke hearts near Washington Square Park, tastes that seemed the height of big-city sophistication, long before you could get cappuccinos at any corner café in KL. Ana took me dancing at the famous Studio 54 – by then well past its heyday and much easier for non-celebrities to get into. In the middle of my two weeks there, I went to stay with another friend, this time uptown, where I watched a new TV channel called MTV for the first time. I also went to Barney’s department store, and pricked my foot on a pin on the floor of a fitting room. I remember the saleswoman going pale when I complained, probably thinking I was going to sue them. But I was too Asian, young, and naive to even think of it.

Two weeks in New York energised me like nothing else, and no one would have guessed that just three months before, I had suffered a round of debilitating dengue. Sadly, the time came for me to leave with my luggage full of NYC souvenirs. I flew to London for another week before heading home. London was familiar stomping ground to me since my student days in the UK. By then, winter was beginning to set in, and although it was nice to catch up with friends and visit old haunts, I was glad to flee the British cold for the warmth of home. It had been a good long break from work and after illness. I came back refreshed and ready to take on new projects. And I’m pretty sure I remained the same size too. 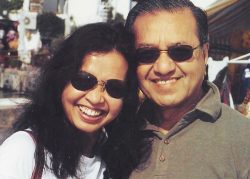 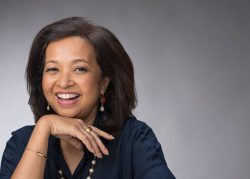 A Note From Marina Mahathir On ZafigoX 2020 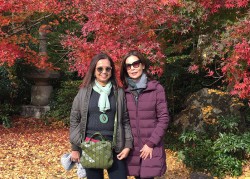 Marina M.
Marina M. thinks she should be invited to design jetplanes to make them more comfortable and user-friendly, having spent years flying with babies and husband in tow as well as alone. She is dreading the advent of mobile phone access on planes because long plane flights are the only time she is totally cut off from everyone else and she likes it that way.
GFT
SHARE THIS STORY
13
SHARES 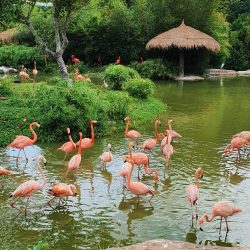 
Make This Safari In Vietnam Your First Post-Pandemic Family ...