Standing in the New Reclamation Area of Macau West Bay, Macau Tower rises to 338 metres high, making it the tallest building in the city. It looms higher than the Sky Tower in Auckland, the Eiffel Tower in Paris and the AMP Tower in Sydney. The tower was designed by Gordon Moller from New Zealand and is a member of the World Federation of Great Towers.

Skyjump is like a cross between bungee jumping and base jumping. During a bungee jump, you jump head-first and free fall for about four to six seconds before the chord stops your fall and pulls you back up. You can reach a speed of up to 150 kilometres per hour, depending on your weight.

The Skyjump is less intense as you are ‘gently’ lowered to the ground by a cable. With Skyjumping, you start off on the same platform – 233 metres in the air – and take a leap. Cables slow down your free fall to about 75 kilometres per hour – making you feel like you’re soaring rather than falling. It takes between 17 and 20 seconds for you to reach the ground, landing on your feet. The Skyjump uses fan descending technology like that used in stunt movies. So it’s like skydiving or bungee jumping, but with less of the stress.

Night jumps are also available, and you can even do a tandem jump with a friend (maximum 115 kilogrammes). There’s also the option to hire some costumes if you wish to dress up for the occasion.

These grandmothers and great-grandmothers are proof that age is just a number. Read this ? 4 Travelling Grandmas Who Are More Adventurous Than You

When you do a Skyjump, you get a complimentary Skywalk experience. This is a 1.8-metre-wide walkway suspended around the outside of the 57th floor of Macau Tower. The Skywalk doesn’t have handrails, and is definitely not for the faint-hearted.

Not heart-stopping enough for you? Well, if you’re looking for more of an adrenaline rush, you can do the Macau Tower Climb – ascending 105 metres to the summit of Macau Tower’s mast with the assistance of ladders and safety cables. The reward? 360o views of the city at Macau’s highest point.

Now, on the other hand, if that’s too much, Macau Tower has many features designed with the views in mind. There’s a revolving restaurant and an open-air bar that offer 180º views. The elevator is glass-fronted and there are two observation decks. The Outside Observation Deck is on the 61st floor at 233 metres high with the Observation Lounge on the 58th floor. Some areas of the Observation Lounge are fitted with glass floors to create the feeling of being suspended high above the city. The tower is open every day and can get very busy on clear days, so it’s best to book activities in advance.

Macau Tower draws about one million visitors a year, many of whom seek out the adrenaline-fuelled activities of Skyjumping or doing the Skywalk. For those who prefer to live a little bit further from the edge, well, they can enjoy the views from the relative safety of one of the observation areas.

AirAsia flies from Kuala Lumpur to Macau 55 times a week. Visit www.airasia.com to plan your trip! 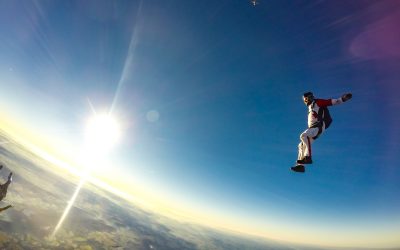 The Best Extreme Sports Activities To Do In Southeast Asia 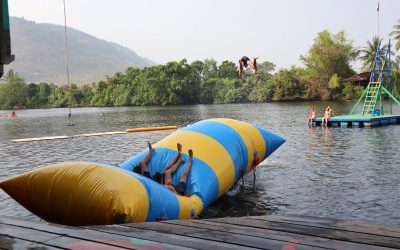 Arcadia Backpackers: The Cambodian Hostel With A Waterpark 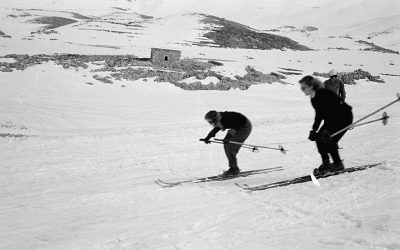 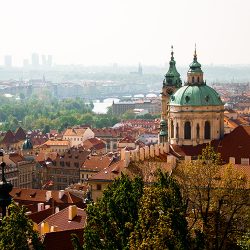 
The World’s Cheapest Cities To Travel ...