Much has happened since I last wrote to you. In the past three weeks plus, Cusco has grown into familiar territory. I wander the streets without checking my maps for directions, wave hello to storekeepers I pass by every day, and bump into friendly faces pretty much every time I go out. It’s the homiest I’ve felt even though I’ve been in other places for longer.

I’m still staying in the same area, San Blas, except now I’m with my Workaway host, Kathy. I still have to climb up the same hill as I did before, although it’s not as much of a challenge anymore. I believe my body has finally acclimatised to the altitude. Staying with Kathy is excellent. I got my own room, my own bed, and a killer view of Cusco. My job is mainly to edit articles on a travel website written by other volunteers. Work starts at about 9AM and wraps up at lunchtime. That’s often less than five hours of work. It’s the best.

I’ve come to the conclusion that if eating is high up on your priority list, look for Workaway jobs where there’s a mother around. Chances are you’ll get more meals and better food and won’t have to cook for yourself. Kathy’s daughter loves avocados, which means the house is always stocked up and I get to eat them all the time.

Fun fact. Okay, maybe not so fun, but avocados here used to only cost PEN5 (approximately USD1.50) per kilogramme. Then the worldwide avocado craze happened and now local producers would rather export than sell locally. So local prices have doubled. I believe the same is happening with quinoa in Bolivia. What used to be a daily staple is now unaffordable. Looks like our first world healthy food trends aren’t always all that good.

For lunch, occasionally Kathy cooks, but most of the time, we go out. This is surprising because it’s super rare for a host to take their volunteers out for meals. The restaurants we went to often had good set lunches. Inclusive of soup, buffet-style salad, a main course, drink, and a mini dessert. On average about PEN12 (approximately USD3.60). It’s worth it, but if I were on my own, paying more than USD3 per meal is a bit too much. This was definitely still tourist prices. For the more local options, I usually went with Franco, who knew where to go.

I got to know Franco at my first hostel. He’s from Argentina, has been on the road for about three years, and in Cusco for over three months. He busks as he travels – plays music, sings, juggles, paints faces, murals, whatever’s required. Naturally, he lives quite thriftily too, and whenever we went for food, it usually doesn’t exceed PEN5 per person. So now I know, instead of looking for cheap restaurants (because there are none that are cheap), simply lookout for the local women with a huge bag filled with Tupperware. In those Tupperwares would be a packed meal. Sometimes there’s just a woman with a huge pot by a street corner and the locals line up for a good bowl of soup. Another piece of information I was recently told is that instead of going to the touristy Mercado San Pedro – the market I visited on repeat – I should walk a few streets down from there to get to Mercado Baratillo, which is where the locals do their shopping. Similar to the pasar malam (night market) we have back home in Malaysia.

I guess at first glance, Cusco seems like a rather expensive city because there are a lot of fancy restaurants and bars everywhere. But it makes sense that there has to be more affordable ways to live here because a lot of people can’t afford all that much. I met quite a number of Argentinians and Venezuelans escaping their home country and trying to make a living in Cusco. It puts things into perspective and reminds me of how life back home is very much a privileged one. It seems like almost all of South America is in chaos right now. I spoke to travellers who just came from Chile or Bolivia and were telling me about how they were stuck for days in a place because of all the riots and strikes; making moving about impossible. All the transportation companies were simply not running. I felt so fortunate that while I was there, there were no outbursts yet. Hopefully, wherever I head to next will be alright too.

The new 7 Wonders of the World was announced after over 100 million people voted from a selection of existing monuments:

Travelling To The New 7 Wonders Of The World

Coincidentally, my cousin Alicia is also travelling through South America at the moment. Our paths finally crossed, right here in Cusco. We haven’t seen each other in possibly six years, so this was a neat coincidence. One of the things we did was hunt down the Peruvian delicacy that is roasted guinea pig locally known as cuy. Pronounced ‘kwee’. I bought it from a woman sitting on some steps, who had a bag of them. I figured this would be my cheapest option. Even then, it was way more than I expected. It was cold and wrapped in paper and cost PEN30 (approximately USD9). I don’t know what I was expecting, but I was disappointed. There wasn’t much meat, which shouldn’t surprise me, really. Half the time was spent trying to peel the meat off the bones. If the flesh was good then it’s fine, but it was dry. The veggies on the inside tasted funky, so I didn’t eat much of that. I guess if you really want to try guinea pig, only get it from a place recommended by someone or has good reviews. Otherwise, you’re really not missing out on much.

Another unexpected event for me was Halloween. I did not expect the entire city to be celebrating like how they do in the United States. Children were out trick-or-treating on the streets. Entire families dressed up. Crowds were everywhere. It made me glad I actually bothered to put together a costume. I’ve got blue hair, so, Sailor Mercury it is! I didn’t think I would; I’m not the biggest fan of Halloween because I find it all a bit silly.

But besides the dressing up, Halloween was like any other weekend night, where I’d be at a discoteca called Mama Africa, and then another called Chango. Going to clubs now, I can’t help but notice the number of girls not knowing how to say no when a guy asks them to dance. Even if they say no in the beginning, if the guy persists, the girl often gives in and dances with them. It’s terribly infuriating to observe. If I catch the girl’s eye, I’ll go dance with her and shoo the guy away, usually nicely. Only once I straight up yelled at the dude to leave her alone. Seriously, from young, all girls should be given a ‘How To Say NO 101’ class. I feel as though we all learn this lesson much too late. Like only in our late 20s, when we become more aware of our worth.

Do you know what else is a bummer? I can’t dance like I used to. And dancing is my only cardio in life. So if I can’t dance for five hours straight anymore, I’m surely not going to hike for that long either. Which is my cue to tell you that I did not do Machu Picchu. I know. The whole world comes to Cusco to see Machu Picchu. Because it’s a Wonder of the World. Every single person I met asked me if I am doing or have done Machu Picchu. They’re always in shock when I tell them I haven’t. In a way, that makes me feel wrong for not being interested. Which is ridiculous. I have gotten so sick of the words ‘Machu Picchu’. Nothing against the Incas, obviously. But I simply am 99 per cent sure if I do Machu Picchu, I’m just going to reach the top and go, “Okay. Cool. Now what?” If I did it, it’d have been out of peer pressure. And I don’t want to succumb to peer pressure in my 30s. Because that’s lamer than not doing Machu Picchu.

I leave for Ecuador tomorrow. Seems a little silly because there’s tons more of Peru to see, but I don’t know. The rainy season is here and I want to escape the cold. So I’ll head towards the equator then. Thank you for still reading my letters! It means a lot to me that you still care to find out how I’m doing. Hope all is swell where you are! Mucho amor!

Cover photo:  My ‘Discoteca’ gang. Always sleepless nights with them

*All photos courtesy of the author. 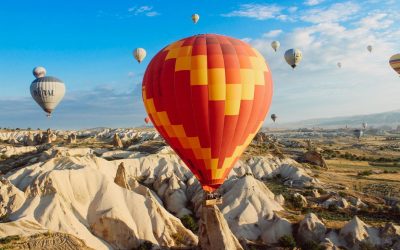 10 Of The World’s Most Otherworldly Landscapes 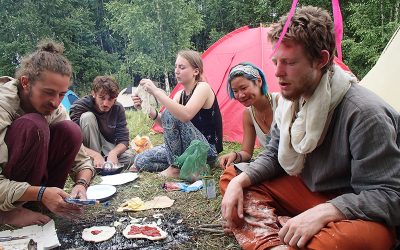 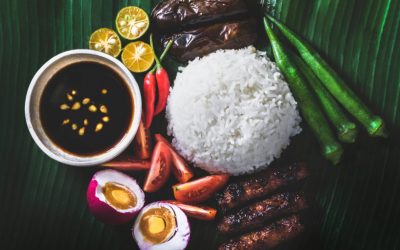 25 Unusual Delicacies To Try On Your Next Trip To Asia 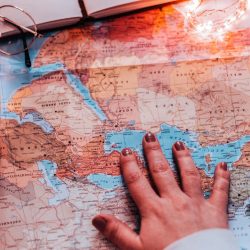 
5 Countries You Should Explore Before Yo...