With the pandemic (and seemingly endless lockdowns) taking a toll on most of our bank accounts, being frugal is an exceptionally wise choice. However, that doesn’t mean you’re not allowed to bask in the joy of travelling. and you certainly don’t need to drop a fortune to do it. To make it easier, we’ve picked some stellar locations that are absolutely free to enter!

For a day trip or weekend away, make this seven locations a part of your next journey:

If you’ve yet to witness the majestic beauty of sand dunes, prepare to marvel at them with a quick trip to Pantai Klebang. Initially planned under a seaside development project just 15 minutes outside of Bandar Hilir, this land reclamation was later abandoned due to environmental concerns. Expect to see an oatmeal-toned desert landscape with relatively high dunes in a seafront area and patches of mossy grass on the mounds, particularly around a small pool in one of the dips.

Pair the magnetic experience with picnics, kite-flying, and sandboarding. If you come in the evening, you’ll be greeted by the silhouette of rounded humps along the coastline against a gorgeous sunset. With many stunning views available, it’s no surprise that this wonder has become a hit for photoshoots. Don’t forget to make a quick stop at the famous Klebang Original Coconut Shake stall nearby!

Reminiscent of the biosphere of Pandora from James Cameron’s 2009 global hit Avatar (hence the site’s name), the Avatar Secret Garden is a sight to behold. Situated in Tanjung Tokong behind the Thai Pak Koong Temple, this unassuming area of rainforest transforms into a kaleidoscopic neon wonderland after sunset )around 7pm).

Draped with leafy canopies and wrapped around branches and trunks are pulsating LED and fairy lights. The gigantic ‘Tree of Souls’ from the film stands as a magnificent centrepiece atop a life-sized checkerboard with stairs and a wooden boardwalk surrounding it.

Apart from other light installations like the tulip fields, this mystical garden is occupied with illuminated foliage and stone statues representing Buddhist figures. Before walking in, be sure to walk around the beach just outside the temple to check out the intricate rock sculptures resembling aquatic animals and Chinese deities.

Situated in mainland Penang (about 30 minutes from the Butterworth jetty terminal), prepare to step back in time to the serene scene of Kampung Agong. Think coconut trees swaying in the cool breeze, traditional wooden kampung houses perched on tall stilts, and paddy fields against a clear baby blue sky.

Converted from a coconut plantation, the owner renamed the place after his grandfather who owned the farm and turned it into a tourist site. So, expect to see photo spots such as the hanging bird nests inspired by the burung tempua nests seen in the village and swings facing Mount Jerai just like the one in Bali.

There’s also a decoy white grand piano and a mini jetty in front of a pretty pond filled with water lilies. Apart from renting a bike for RM4 each to enjoy a slow excursion of this rural setting, join in the other village activities like coconut picking, fishing, trying on traditional attire, and learning how to weave coconut leaves into coconut brooms.

Odds are that you’ve definitely heard of Penang’s famous street art district, but did you know that there’s Selangor has loads of artsy locales too? Laman Seni 7 is one such example. It’s a larger continuation of Laman Seni 2 and was initiated by Majlis Bandaraya Shah Alam in 2014.

The back alleys of commercial and industrial areas in Shah Alam have been revamped into safe, clean, and aesthetically-pleasing spaces with the help of murals and street art. Every building wall spanning two blocks was utilised as an art canvas by selected street artists after rounds of competition.

Incorporating both 2D murals and 3D art installations, stop by and spend hours posing in front of these striking and elaborate works of art. Apart from the often quirky and comical pieces, there are also those that are imbued with thought-provoking issues, such as the puzzling disappearance of MH370 and the chopped down tree trunk with the ‘Save Our Tree’ sign attached. Fortunately, each mural is followed by a plaque displaying the name of the artwork, artist’s name, and explanation behind it.

Hidden within Mat Cincang Nature Park is the magnificent three-tiered Temurun Waterfall cascading 200 metres over a 500 million-year-old sandstone. Standing as the tallest waterfall in Langkawi, the stream gushing from the steep slope created a small pond at the footsteps of the hill that’s perfect for a cool dip. However, it’s still deep enough to dive off the adjacent cliff.

Instead of trekking long distances through muddy jungles, you’ll be glad to know that the first tier is easily reachable with a five-minute walk through the paved pathway from the car park. Just be careful of the steps that can get quite steep as you ascend.

Along the way, you’ll see gazebos to rest at and soak in the pretty views of the rainforest. Also, you’re bound to spot a variety of wildlife such as butterflies, squirrels, birds, and monkeys roaming around. As this is a seasonal waterfall, try your best to go during the rainy season to experience its full glory.

Overlooking the quaint town of Sungai Lembing, Panorama Hill is a popular spot for nature lovers and photography enthusiasts alike. Most notably, it’s a captivating spot to catch the sun rise above the horizon as the skies are also painted with a vast sea of clouds. It’s best to begin your hike at around 5am as you’ll need about an hour (rest time factored in) to climb up the estimated 1,000 cemented steps.

As one of the relatively easier hills to ascend in Pahang, have no fear as any reasonably fit individual should fare just fine. In other words, hill climbing beginners rejoice!. At the peak, be greeted by the crisp cool air and tranquility; it’s a great escape from the hustle and bustle of metropolitan areas.

With an unencumbered view of the majestic Mount Kinabalu (not to mention the rolling hills and lush green meadows at the base), Lasau Podi looks like an idyllic landscape straight out of The Sound of Music. On top of that, it’s been recently deemed as a phenomenal spot to stargaze. Apart from millions of bright stars dotted on the glorious night sky, you may even get the rare opportunity to observe the great Milky Way if the sky is clear and dark enough.

To get the full experience, take the opportunity to camp under the stars and wake up to the pretty countryside that’s approximately 20 kilometres outside of Kota Belud town. As it’s not conquered by tourists (yet), get ready to rough it out or head over to the relatively nearby Polumpung Melangkap campsite for a more comfortable overnight stay. 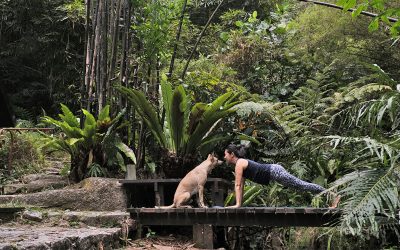 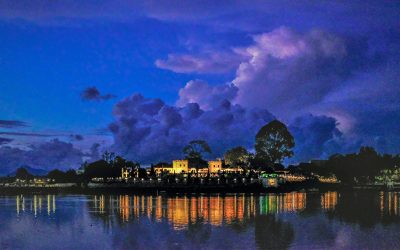 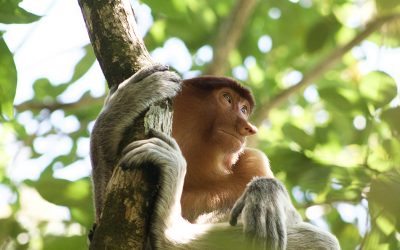 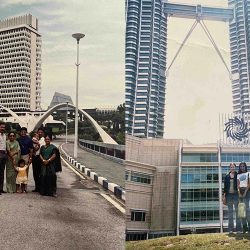