When provided with a choice, I’m the type that is much more likely to opt for the quaint, even borderline kitsch, boutique hotel as opposed to one belonging to a large chain. This held particularly true in the still-alluring, UNESCO heritage city of Melaka – why would anyone want to spend even a single night in a bland, cookie-cutter of a hotel room?

A few months ago, pre-lockdown period (as I write this, I’m wondering if every event and museum artefact will be annotated with either ‘BL’ for Before Lockdown or ‘PL’ for Post Lockdown henceforth), as I ambled along the narrow, dimly-lit lanes that characterise my hometown of Melaka, I chanced upon a row of houses that looked like they were being spruced up. I believe that occurred in the last quarter of 2018. One and a half years later, that lovely heritage row has been turned into the charming Liu Men Hotel with 30 rooms and four grand suites. 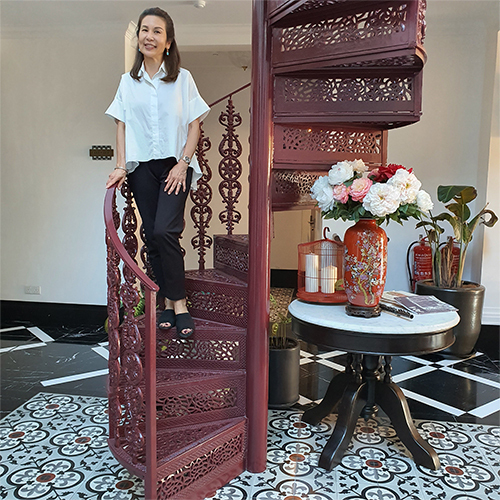 The owners seemed to have opted for an art deco theme infused liberally with Peranakan, Malay, and Indian accents. One can’t help but be struck by the smart façade sitting amidst a hotchpotch of buildings on either side of it. Positioned above the imposing Six Doors (that’s what ‘liu men‘ means in Mandarin) is a symmetrical, vertical structure with what looks like a mast or empty flag pole. On its flat surface is engraved ‘1939’, a period when both art deco and the Peranakan culture enjoyed their Camelot days.

The Nyonya influence was obvious in all the paintings (belonging to the private collection of the hotel’s owner), porcelain artefacts, and liberal use of patterned tiles. Rugs from India were strewn with contrived nonchalance in all the suites, but I searched – to not much avail – for the Malay touches. Trying hard to delve beyond the obvious, I supposed that the very notion of Peranakan could be defined as the seamless melding of Chinese and Malay cultures that existed from 16th century Malacca (as it was called then) all the way till the present. I was pleased with myself for coming up with this inference.

According to the knowledgeable Hotel Manager, Izhar Ibrahim, the tiles beneath our feet were based on the design of those that had originally been found in this row of what used to be six family homes. I thought it a real pity that the antique squares, which would have been imported from either Spain or Portugal, could not be saved. I’ve seen some establishments that have managed to maintain their original flooring. Richly- coloured and often embossed, those glorious floors are truly a sight to behold!

Ultimately, it was the indoor courtyard – or rather the ‘air-wells’ of the six houses conjoined – with its streams of natural light and wrought-iron spiral staircase at one end, that reminded me of a bygone era, whilst simultaneously drawing my eyes towards the comfort proffered by the many multi-coloured cushions reminiscent of the rich embroidery on Nyonya kebayas.

The room which I occupied for two nights was well laid out with all the requisite amenities. I was particularly charmed by the lantern-like bedside lamps. But the ‘wow’ moment occurred as I crossed its threshold into the exquisitely-tiled black-and-white bathroom, with its double-layered mirrors and vintage-looking fittings. As a stickler for details myself, deep chords of appreciation are always struck whenever someone, an eating outlet, or place of lodging goes beyond the expected and ordinary. It’s always nice to reconnect with one’s sense of delight, is it not?

Was it a mistake to ask Izhar to show me what the suites looked like? Named Cheng Ho, after the Chinese admiral who commandeered the first few fleets of gigantic ships from China to Malacca in the early 15th century; and Parameswara, the Hindu- Malay warrior who allegedly discovered Malacca in 1402, these suites located on the second uppermost floor managed to live up to their names. Spacious without having sacrificed warmth, the Cheng Ho suite has an indoor garden and a bright red four-legged bath tub in the centre of its capacious bathroom. The even larger Parameswara suite has rich timber beams, its own sun-deck and the prettiest of (vast) bathrooms. It was only to be expected that I told Izhar I’d have to book one of these beauties on my next visit “so that I can practise my yoga and stretching each morning”. 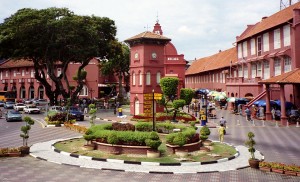 Melaka is a historical city with a colourful past. It is these rich legacies that tourists now flock to Melaka to explore, especially after the city was named a UNESCO World Heritage site in 2008: 10 Tips For Women Travelling To Melaka, Malaysia

I didn’t get much of a chance to savour the food whipped up by the hotel kitchen, but during one of my early morning meetings, my guest commented that the roti canai was well made, though the curry a tad too sweet for her liking.  During this sensitive period, guests had to be served either nasi lemak, roti canai, or eggs prepared in the usual ways. No foods could be left out in the open or on counter-tops. I’m not sure if the mini croissants that I was served with my coffee were made in-house, but they were scrumptious!

The check-in was a smooth process even though the staff was fairly new. The waitstaff who served us breakfast in the morning were smiley and bright-eyed as they described the hygienically-wrapped and necessarily-served food choices. I noticed too that they seemed to go about their duties cheerfully as opposed to perfunctorily.

The hotel website had provided many assurances that government SOPs would be adhered to, and the proof is in the doing as they say. When Izhar took me on a tour of the other rooms, I was further reassured by the sight of the cleaner briskly sanitising every surface within her range of sight.

It is probably important for long-stay guests to know that there is no pool or gym at the Liu Men Hotel. There is, however, a garden deck at the rooftoop of the hotel where you can have an evening tipple, and enjoy the sunset. I’m hoping that when times take a turn for the better, they will think of opening a small spa within the premises. Having said that, a brisk 5-10 minute walk would bring any flagging-footed hotel guest to the famed Jonker Street where reflexology parlours abound.

Its address, 46-56 Jalan Tokong (Temple Road) says it all – the hotel is almost directly opposite the most historic Chinese temple in the whole of Malaysia. The currently-closed Cheng Hoon Teng Temple for Confucian, Taoist, and Buddhist worshippers is reputed to have been located at this same spot since 1645. This particular street and its surroundings would enchant even the most jaded of culture buffs or historians. Besides having a Hindu temple and mosque (both centuries old), there are also numerous shops that sell everything from beaded slippers to antique jade jewellery and religious paraphernalia for the many smaller temples that seem to burgeon haphazardly from its cramped alleys.

A leisurely stroll past a few streets interestingly named Jalan Tukang Emas (Goldsmith Road) and Jalan Tukang Besi (Ironmonger Road) and you’ll reach Jonker Walk, where once-stately homes have been turned into garish shops that try to lure the unsophisticated tourist with their even less sophisticated wares. Although you may find the antique shops irresistible, please bring along a set of trained eyes to help you discern between a genuine antique and a genuine replica.

However, you won’t regret dropping a few ringgit in any of the cute cafes you come across along Jonkers (as it’s known locally); anything made using pandan or oozing with gula melaka is worth a try. Then lenggang lenggok (a slow swaying gait perfected by the sarong-clad women) a bit farther and two rows of elegant, private homes on Heeren Street (now called Jalan Tun Tan Cheng Lock) will provide your mural-weary eyes with some much-needed respite. Once you spot the once-glorious Dutch buildings with the central clocktower – their brilliant vermillion facade now a faded, dusty shade of crimson – the other important landmarks should all be within short walking distance.

Did I mention the free snacks in all the rooms? How come and why? For now I’ll let it remain a mystery. Just like how the olden day Nyonyas used to reveal the contents of their bakul sia (multi-tiered lacquer baskets) languidly, layer by layer, let the Liu Men reveal her secrets to you in her own timely fashion… when you’re actually within her warm embrace. 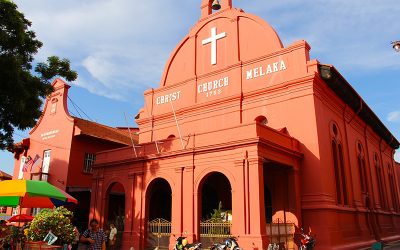 10 Fun And Cheap(ish) Things To Do In Melaka, Malaysia 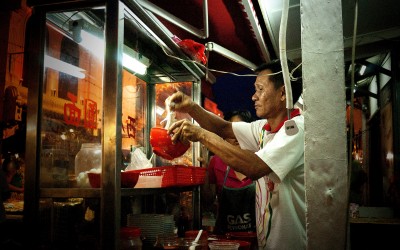 Vivienne Lee
Vivienne, who is currently gainfully unemployed, sees herself as a writer and a world traveller. A mother of two adult sons, she divides her time between teaching Yin Yoga, uplifting women's lives, and promoting her Peranakan heritage. 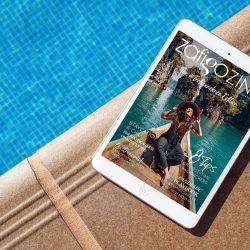 
ZafigoZine: We're Back With The #Indepen...