“Life was meant for good friends and great adventures”
~ Unknown ~

Since today is the International Day of Friendship, #teamZafigo shares what each of us has learned while travelling with our friends. Some lessons are good, some are bad, and some are simply practical. Either way, we hope you use our experiences to make the best out of your travels with your friends in the future.

Get everybody on the same page

When travelling with a group of friends, I find that besides a similar budget or interest, the most important thing to share is being ‘sama kepala‘. When directly translated from Bahasa Malaysia, it means having the ‘same head’, but its meaning is to share the same mindset. Imagine how much more challenging it would be to travel in a group where everyone is relatively open to trying new things while one person is the sort who prefers to hole up in a hotel and then will FOMO later. Or if one half of the group enjoys winging it while the other half wants every detail planned to a tee, everyone will end up frustrated. Ditch the potential drama and ensure the entire group can get along. That way, everyone will have fun for sure.
– Tengku Zai

I was travelling in New Zealand with some friends, and we decided to get a camper van. Travelling with friends in a camper van should be exciting right? You can easily go from one place to another without worrying about accommodation. It’s basically quite the adventure. Right from the get-go, there should be an agreement on some rules – who’s on clean up duty, who’s taking out the trash, who’s driving for the day, etc. When it comes to cleaning out the loo in a camper van, nobody (and I mean nobody) wants to be cleaning up after another person in the toilet, as close friends as they may be. So my advice is to keep the camper van’s washroom off-limits past basic ‘number one’ and hand-washing activities. Do your ‘number two’ in public washrooms and take showers at the trailer park’s shared facilities. You’re welcome!
– Xin Xin Lee

I went on a bachelorette trip a year ago. Although I had met everyone who went on that holiday before, none of us were particularly close to anyone else other than the bride-to-be, and all of us were worried about not getting along or being left out. However, once we got to our destination, these worries disappeared; we all warmed up to each other pretty quickly and had a great time swimming with whale sharks and cliff jumping. We still have an active WhatsApp group to keep in touch and plan another vacation we could all go on together. Granted, not all trips with people you barely know will turn out this way, but if you go in with a good attitude and open mind, it may not end up being as bad as you’d think.
– Maggie De souza 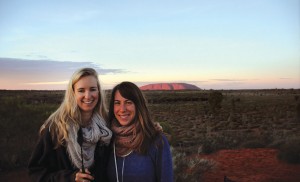 Travelling can be inspiring and challenging, in a positive way. But sometimes, it can unravel us in ways we never thought possible: How To Travel With Friends While On A Budget (And Not Ruin Your Friendship!)

Travel with people you can count on

This technically isn’t so much of a travel story, but still involves a friend bunking with me in a foreign country. In 2017, I was based in Munich for a bit for work, and I had a friend from home come to visit. She was in town for a couple of nights before going to a different city, so I said she could stay with me in my serviced apartment. Having a familiar face from home would be nice, right? It was all good, until it went bad. It was only after she left that I noticed that money I had stashed away in a drawer was missing – €100 to be exact! I texted her to ask about it, and that’s when she told me she had had a guy (whom she met on Tinder – no judgement) over while I was at work. She was in the bathroom, and when she came out, he seemed to be in a hurry to leave. She thought it was weird but didn’t think to much of it, chalking it up to post-coitus awkwardness, but it all finally made sense. I was annoyed that she had had had sex with a random guy in my bed (yuck!) but my biggest peeve about the situation is that she refused to replace the missing money saying that it wasn’t her fault at all, and that I shouldn’t have left my money in a drawer like that. Lesson learned! Now I only travel or allow into my spaces friends who are respectful, trustworthy, and dependable, and you should too.
– Eliza Thomas

Do solo travels as much as group travels

Both have given me so much joy but nothing is as fulfilling as travelling and discovering on your own. It might be a scary thought for most at first, but once one starts to get comfortable with the idea, things will kinda just… fall into place. I like that when I travel alone, I am ‘forced’ to talk to people, make new friends and go with the flow. I have so many fun travel memories from what began as a simple “Hello!“, and I’m still in touch with the travel friends I’ve made over the years. Looking forward to visiting them in their home country soon! Be open to new experiences, you’d be surprised on where the journey takes you.
– Theresa Teh

Me, Myself, and I

I love going on holiday with my best friends. When we’re not shopping or lounging by the beach, we’re stuffing our faces. God, we eat so much. It’s always a good time until I start feeling annoyed after spending a few days with them – like their presence was suddenly too much. I didn’t understand why that was at first. Did I not like my friends? How could that be? They’re great but why do they make me grate my teeth?! I realised afterwards that I love being by myself as much as I love hanging out with them. Since telling them that, our trips have been a breeze! I can be with them for as long as I need but they also understand when I want to do my own thing. Having friends who are just as independent and on the same mental frequency are huge pluses.
– Rathika Sheila

I have a bunch of little lessons I’ve picked up on my travels with various people that I’d like to impart. Right off the bat, one must understand that travelling with friends requires you to have an open mind. Your comfort zone no longer exists and things are not going to happen just as you like it. That being said, it opens up a whole new avenue of shared experiences and memories that could last a lifetime, be it good or bad. The following tips may help your trips go a little smoother.

1. A particular interest or recommendation may not appeal to you, but give it a chance and be curious to find out why they get a kick out of it. That way, they’ll also be more open to taking part in your interests during the trip.
2. Don’t sweat the small stuff because if you waste time stressing, you’re going to dampen the mood and miss out on opportunities that may make for a better trip. Let go and improvise.
3. If you are an adventurous foodie like me, travelling with someone who has strict dietary restrictions will likely get annoying. I went to London with a vegan and only managed to hit the pub for a beef pie and Guinness once. I was borderline passive-aggressive by then. Pick your travel buddies wisely!
– Tercia Goh 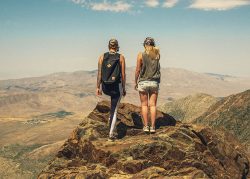 5 Types Of Friends You Can’t Travel With 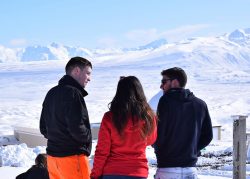 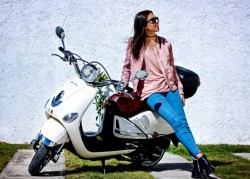 Zafigo
Zafigo is dedicated to the woman traveller, offering tips, guides and insights to make travel – be it for work or leisure – better, safer and more interesting. Focusing on selected cities in Asia and the Middle East, we also serve as a platform and community for women to share their experiences and knowledge with fellow travellers.
GFTG+G+G+
SHARE THIS STORY
0
SHARES 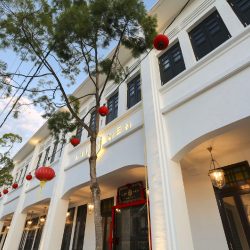