From Zafigo
The Malaysian government has allowed for domestic travel to begin again starting 10 June 2020. We urge you to maintain social distancing, upkeep your personal hygiene, and adhere to all SOPs imposed to prevent the spread of COVID-19. If you’re still not sure about travelling during this time, we hope you keep Zafigo as a source of inspiration for your future travels.

In desperate need of a relaxing, curative spa treatment? It’s fair to say that most of us may instinctively equate that desire with aromatic essential oils, steaming facials, or brightening peels – the typical go-to beauty remedies. However, there’s been a growing market for unusual yet certainly fascinating treatments that range from easy breezy to hair-raising that ultimately leads to a totally therapeutic ending (and a great dinner conversation topic).

If you’re the adventurous sort, then this round-up of cool-yet-unconventional spa treatments from around the world is a must-read:

With Uguisu No Fun (which literally means ‘nightingale faeces’ but is more commonly known as the ‘Geisha Facial’), you’ll be looking at bird poop in a whole new light. Employing droppings from the Japanese Bush Warbler, Japanese Geishas dating back from the pre-Edo period relied on them to brighten, repair, and gently exfoliate their skin after a full day of wearing heavy makeup, according to Japanese skincare expert Cynthia Popper in Byrdie.

With Victoria Beckham swearing by it, this treatment contains proteolytic enzymes, nitrogen-rich urea, and guanine that helps accelerate the skin regeneration process, retain moisture, clear acne, and brighten dull skin using a light chemical peeling action without causing redness and burning. Don’t worry, this excrement goes through ultraviolet sanitation before being grounded into a fine white powder that’s mixed with water to create a paste.

Perhaps not for the faint of heart, this theoretically nightmarish scenario of having snakes freely slither around your body (and even face!) has actually been touted as therapeutic due to their weight and slithering motion. Also, the adrenaline triggered by fear is supposed to be good for your metabolism and improve blood flow to the heart, according to Integrative Healthcare. Once the initial shock passes, your stress and muscle tension will be relieved, making it a relaxing experience.

The non-venomous creatures used in this treatment can comprise of California and Florida king snakes, corn snakes, milk snakes, or even pythons. Depending on the type of massage you desire, the size and type of snakes vary – the larger ones have a kneading sensation while the smaller ones have a fluttering effect, according to Health, Tourism and Hospitality: Spas, Wellness and Medical Travel. Either way, they’re usually washed, dried, and fed before being placed on the body, so you’ll be in relatively safe hands. Try it if you dare… 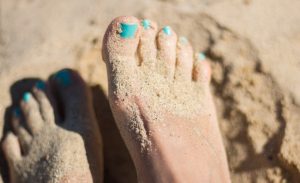 Although a fairly common spa treatment in Southeast Asia, whatever could go wrong sure went wrong for this unlucky spa-goer. – What Could Possibly Go Wrong At A Thai Fish Spa?

Once the connection between harvested hay and the vigorous health of the shepherds who’d often lay in the barns was made (their low susceptibility to arthritis and rheumatism), it led to the creation of the hay bath. Nowadays, a modernised system of temperature-controlled water (around 40 degrees) overlaid with fully steeped, single-use, freshly fermented hay awaits for the submergence of the spa-goer, according to the Bearleader Chronicle. The experience is wrapped up with another 30 minutes spent cocooned in linen sheets to allow the essential oils, natural fragrances, and tannins to absorb.

So, what makes this hay so special? Grown on the highest point of Italian meadows free from pollution and pesticides, this ‘fat’ hay contains mountain herbs such as gentian, thyme, aconite, bilberry, yarrow millefeuille, arnica, as well as high levels of oils that act as a carrier for the hay’s natural essence to penetrate into your skin, as stated in EcoBnB. They possess anti-inflammatory properties, strengthen the immune system, promote blood circulation, stimulate metabolism, detoxify the body, and dissolve cramps. What’s not to love?

With the growing popularity of traditional bathhouses and hot springs (or onsen), comes the incentive to reinvent a classic cultural experience, or more specifically, meld two staples of traditional Japanese culture into one: sake baths. Poured from barrels upon barrels, this pool contains the real deal, so you can actually get drunk from it (although please don’t drink from it for obvious hygiene reasons).

Apart from acting as a catalyst for a buzzed evening, sake is naturally infused with tons of nourishing ingredients like amino and kojic acids that help to moisturise, soften, and brighten the skin, as stated by Conde Nast Traveller. What’s more, Healthline suggests that kojic acid is an anti-ageing agent that inhibits melanin production – goodbye, hyperpigmentation!

Befitting the strong and resilient spirit of the Russian people, get ready to put your pain tolerance to the ultimate test. According to the Titanic Spa, the fundamental component of a Russian bath is the venik massage, where a soaked bundle of leafy birch or oak tree twigs are repeatedly waggled, lashed, compressed, stroked, and rubbed across your back after a steam.

Sounds horrifying, but it’s a traditional custom that has healing and calming benefits, such as boosting circulation, preventing premature skin ageing, suppressing the growth of harmful pathogens, and increasing metabolism, as reported by the BBC and Downtown Banya.

Once the treatment is completed, just hop into a pool of cold water to revitalise your senses. You’ll certainly feel refreshed! 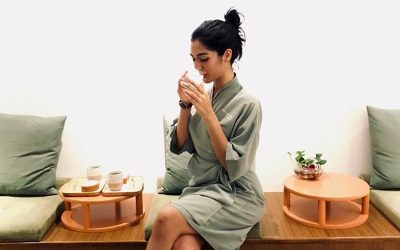 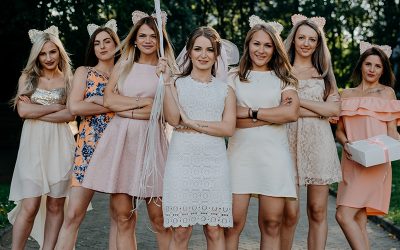 7 Of The Weirdest Marital Practices Around The World 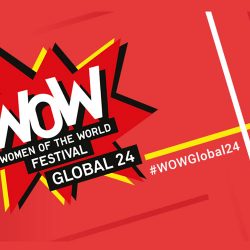