Whirlwind tour of Delhi, or settling in here for just a little big longer? Well, set down your bags, you’re in for quite a ride!

Delhi sees a high number of expatriate workers who find themselves here on a limited run, and are usually in for the sake of adventure, which is to be found in spades!

It could be the diplomatic circles of embassies in the nation’s capital, expert personnel in the technology companies of Gurgaon or simply folk who were crossing over and decided to stay put, for a while at least. No matter what brings you here, the frustrations are many and shared. Little Black Book Delhi unites those in despair with this cheeky article by Prashant Karla.

After working with the expat community for two years, Karla knows the varying emotions of an expat in Delhi like the back of his hands. For those who, as writer Prashant Kalra puts it, “[are] used to steak, traffic rules, cleanliness, order, a functional administration and clean air” the first two of the 5 stages of emotions they will go through is panic.

From the very real pre-arrival (Stage 1) to post-arrival panic (Stage 2) which includes “still recovering from what you’ve seen on your way out from the airport”, it’s the little things that are likely to get you. Cue Google searches on “Delhi pollution”, “Women’s safety“, “Food poisoning” and “Is the tap water safe to drink?”

Tip: Check out our Ultimate Guide to Delhi for Women

Luckily, Kalra also provides tips to help you overcome each phase. To counter the panic, Google about how beautiful Delhi is instead. Change your search keywords to “Delhi history”, “Delhi Culture”, “Delhi food scene”, “Shopping in Delhi” or “Trips to take in India”. The results will help taper off your initial regret of relocating to India of all places.

Karla’s most brilliant gem of a tip is in response to the Stage 3 problem of overeating. After settling in and discovering the joys of champagne brunches and butter chicken, most expats find that their pants no longer fit. Then comes a very important life decision: Do I find a gym or a tailor? Listen to Kalra – “get both!”

Stage 4 is when you get to the good part. No matter the trials, this is the stage that makes it all worthwhile – it’s called ‘Expat Swag.’ That’s right, it’s the sweet triumph of calling Delhi home. At this stage, don’t be surprised to find yourself “educating the locals about history, culture and travel destinations in India… You’re shopping at Sarojini. You’re driving with your international license and bragging about it on Facebook. Your friends are heading to the Taj Mahal and you say, ‘Call my guy for the best Taj tour ever’. You’re being invited to fashion shows and private events, and suddenly find yourself on page 3 of some socialite newspaper. If you’re Canadian, you’re already building an ice hockey rink while you’re up there!”

Related story:
Using Dating Apps To Meet New People In India (& What To Look Out For!)

Then comes Stage 5. This day shall come; we have seen it time and again. Delhi has allowed you this familiarity, this intimacy, and that makes the last and final stage even more difficult – leaving. “Suddenly, you’re taking pictures of your last auto ride, your last black and yellow taxi, your last Sunday brunch, your last masala chai, your last visit to Fabindia, your last mango {the list goes on}. Suddenly you’re more attached to India than the locals and your initial hesitation to move here seems so unreasonable.”

Well, we got to say, the hesitation isn’t at all unreasonable – we understand – but also know that there will come a time when you’re on this side; when the troubles seem your own and you feel like you’ve earned the right to complain, which you probably have. But when it’s time to leave, it’s going to be bittersweet.

Now that you’ve read a local’s perspective of an expat’s life, read what the expat community have to say about the highs and lows of living in Delhi. Read: They Came, They Saw, They Stayed Behind: Delhi Through The Eyes of Expats. 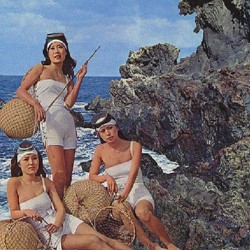 
Want To Dive With Mermaids In South Kore...