This happened not so long ago: After rushing to the airport, being invariably running late despite the most meticulous planning, I went through the motions of check-in, security and immigration, eager to get to the good part – the one where you leave your paperwork behind and switch over to the paperbacks at the terminal’s book store. It was an indecent hour to call my source of recommended reading and so I trusted in the collective wisdom of booksellers in selecting the Top 20.

Hope for humankind has seldom been abandoned quicker than when I got to #17, where bright orange letters told me definitively that I, as a woman, must ‘NEVER EAT ALONE.’ I willed the subtext to say something along the lines of how people don’t get to bite into the delicious pleasure of solo dining often enough but instead, it read ‘and other secrets to success.’

Eating alone was basically considered a failure. Well, there went the first fatal attraction of my trip.

It’s been something of a travel ritual for me to make time for a meal for one. Because, to me, fewer moments are as apt for reflecting how far away from home you are and how far you’ve still got to go than the minute after you’ve placed your order and find nobody across the table with whom to share your thoughts. Eating alone, while on travel, is my fridge magnet, a must-have souvenir to add to my collection of travel memories.

I celebrated (in solitude) the news of Amsterdam’s newest restaurant, Eenmaal, that is designed specifically for solo dining, but it also made me think about how easy or difficult it is to dine alone in Delhi and I came to the disheartening realisation that if you think eating by yourself is a good idea in this city, you’re (ironically) on your own.

Our roots in a shared sense of community make us a warm and considerate people (on most occasions) but it does come with the downside of devaluing, and perhaps even deriding, personal space

Space was never our specialty anyway. Stand in an Indian queue (or our semi-circular version of it) often enough and you’ll understand the need to transmit a mental message to the person behind you that says no, they will not get to the counter quicker by decreasing the space between themselves and you.

We do things in hordes – dining, dancing, mourning and celebrating. Our roots in a shared sense of community make us a warm and considerate people (on most occasions) but it does come with the downside of devaluing, and perhaps even deriding, personal space.

Delhi certainly doesn’t make it easier for women in that respect. If you are single, helpful heads will plot together to resolve what they perceive as your crisis. If you’re flying solo even as a temporary circumstance, say if your friend is not surgically attached to you when you get to a bar, you’re likely to receive sympathy quicker than your sangria. Unlike a city like Bombay or Bangalore, both of which see hordes of young people making their way in the world and as a result witness many visual reminders of autonomy, women in the capital are rarely unaccompanied unless they are running functional errands or are in transit and on their way to meeting other people.

For a city that celebrates independence on the 15th of August every year more prominently that any other in the nation, we have a long way to go in appreciating the art of alone. Some of it is deeply rooted in the ideas of identity – that a successful individual is brimming with rich social relationships. Some of it may come from the relatively harmless assumption that misery, or joy and everything in between, loves company. But a lot of it is simply due to what we’re used to seeing – which usually doesn’t include a woman in a restaurant who is looking forward to being uninterrupted.

I believe that there are more of my kind, and more requests for that single place setting will hold us in better stead in the future. So, by all means, if you’re thinking of dining alone in Delhi, do it. I’ll be the solo diner across the room, raising my glass to yours.

Grabbing a bite without grabbing attention in Kuala Lumpur 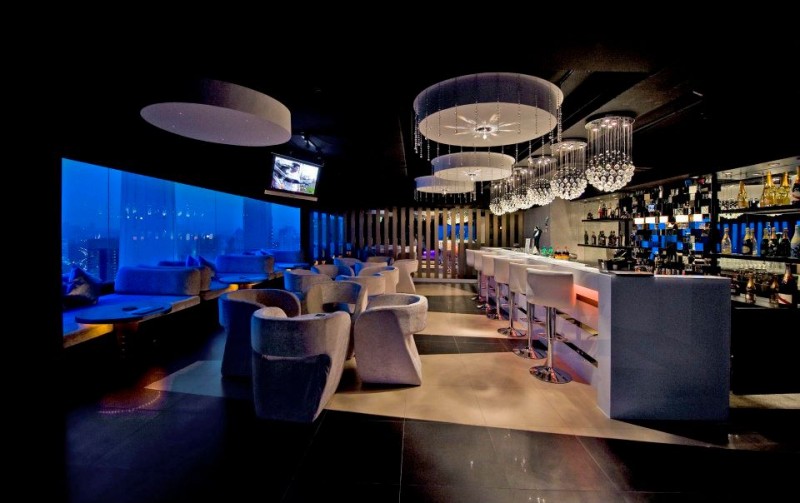