Given that pets are usually not permitted on aeroplanes, one of the hardest things for us pet parents is to leave them at home while we travel, checking them into a hotel of their own.

But recently, Nok Air, a Thai airline, held a one-of-a-kind trip in which passengers were allowed to bring their dogs along for the ride, according to this Facebook post. This is a unique offering, as airlines usually require for pets to be stowed in the cargo hold and not brought on board in the passenger cabin.

Dog owners travelling on 30 August from Bangkok Don Mueang airport to Chiang Mai brought their pets on board in specially designed carriers. Special bags marked “Nok Air Pet on Board” were used to transport the animals. The pet carriers included huge mesh panels so people could see their animals from the outside. The carriers also had an opening at the top to enable the pets to peek out of the bag.

One of the requirements for passengers bringing their pets is that before boarding, travellers who plan to bring their dogs must ensure that their animals are properly diapered in order to avoid any unpleasant incidents.

Nok Air has not commented on whether the animal package will expand to include more animals or if it will be made available for other routes. The airline however, has acknowledged that this was a one-time flight that allowed passengers to travel with their furry companions.

The airline has indicated that they would be willing to consider additional destination recommendations if there is continued public demand.

For the time being, Nok Air is the only Thai airline that welcomes pets on board. Let’s hope that more airlines will join this initiative and begin providing services to enable travellers to bring their pets on board!

In this meantime, here are some airlines that allow you to bring your furbabies on board with you and not leave them in the cargo hold:

When flying on Etihad Airways to or from Abu Dhabi, small pets are welcome in the cabin, with the exception of certain international routes. The combined weight of your pet and its carrier must not exceed 8 kg. If travelling in economy, their bag must not exceed 40 x 40 x 22 cm, and there is a USD200 (approximately RM900) cost per flight.

Business and first-class passengers are limited to purchasing seats next to one another, with the same maximum measurements of 50 x 43 x 50cm centimetres. Read more about their pet policy here.

Unlike other airlines, Qatar Airways has a unique policy for travelling with pets. The airline takes extra kindly to falcons, allowing each Economy Class passenger one bird (limited to six in a cabin) and Business Class passenger two birds. While service dogs are allowed to travel in the cabin (depending on the route), other pets must travel within the aircraft hold.

Both airlines have stated that they have no plans to reverse their present policies regarding the entry of animals other than assistance dogs into the cabins of their aircraft. Other pets will need to fly in a designated area of the hold, according to the carriers, where the temperature and noise levels are identical to those in the passenger cabin.

Domestic cats and dogs that can fit in a travel carrier under the seat in front of you are welcome on United Airlines flights. Your pet must be small enough to fit comfortably in a kennel without touching or sticking out from the sides of the kennel, be able to move around inside the kennel, and be able to fit in a small, ventilated pet carrier that fits underneath the seat in front of you. Read more about United Airlines’s pet policy here. 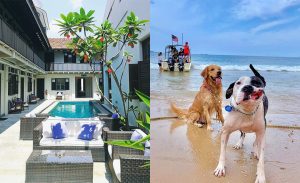 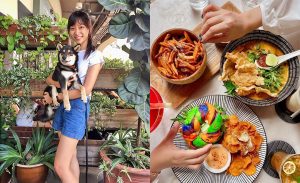 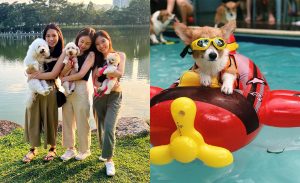 Klang Valley’s Best Pet-Friendly Parks, Cafes, & Things To Bond Over With Your Furbabies 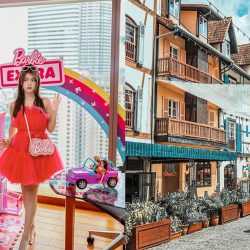 
Malaysia’s Most Over-The-Top Stays For...