It’s said that the Sanctuary of Truth Museum in north Pattaya, Thailand, is the largest building in the world constructed entirely out of wood. Some even refer to it as a castle due to its size. Architects, craftsmen, and artisans first started work on this architectural masterpiece in 1981. It’s been close to 40 years now, but this modern marvel is only due to be completed in 2050.

Not a single metal nail has been used during the construction of the building. Instead, builders have made use of traditional Thai wood-joining techniques that feature the use of tongues, grooves, and butt joints. The entire structure is made of teak wood, and naturally, all the carvings are done by hand. If you’re lucky on your visit, you can sometimes view the carvers at work.

Since the construction of the structure is still ongoing, visitors are required to wear safety helmets when entering the building. There are tour guides who speak a variety of languages to take you on a tour of the Sanctuary of Truth. These tours usually take between 20 and 45 minutes.

In spirit and in truth

On the one hand, the Sanctuary of Truth is an impressive structure that showcases the master craftwork of Thai craftsmen. But its construction also bears the simple goal to inspire visitors to seek a life of enlightenment and peace. It serves to encourage you to do good and be good, not only to benefit yourself but also to the benefit those around you. These Buddhist and Hindu beliefs are reflected in the carvings found around the structure.

One of the site’s highlights is a four-faced Brahma on the roof. This represents the four Buddhist virtues called Brahmaviharas, or the four immeasurables. These are benevolence, compassion, empathetic joy, and equanimity. It’s believed that if these virtues are observed, the land will be blessed.

This marvellous temple isn’t the only amazing teakwood structure in Southeast Asia. Check this one out:

What the universe is made of

As you enter the Sanctuary of Truth, you’ll find that it has a central hall with walkways that lead to four other halls in the four cardinal directions. Each of these halls has their own entrances and a deity on the roof that gives humans guidance on living better lives.

This is the main hall that ties everything together and houses a great throne that symbolises Nirvana, or – on a deeper note – the emptiness of the universe that can be achieved through working towards becoming enlightened. It also represents the centre of the universe. The throne is quite plainly decorated with a seat at the four cardinal directions. On the roof is a fairy riding a horse. This illustrates a combination of the four other rooftops for a person to become a good person and create a peaceful world.

Inside stands a sculpture of a father and mother to represent gratitude and unconditional (parental) love. On top of the Eastern Hall’s roof is a deity holding scriptures. This signifies the duties of humans to pass on religious beliefs so that they may live authentic lives.

This hall holds sculptures that represent the creation of earth from the four elements – wind, fire, water, and earth. Sitting atop the roof of this hall is a deity holding ears of paddy and a pigeon. This represents the cultivation of world peace.

Within this hall are sculptures that illustrate Taoist and Confucianist beliefs of love, kindness, sacrifice, and sharing. And above the roof of the Northern Hall is a deity holding a lotus that symbolises the need to practice religion; so as not to lose or forget it.

Finally, the Southern Hall holds sculptures that represent the sun, moon, and deities of nine astral bodies that influence human life according to ancient beliefs. They are:

Of course, the Southern Hall’s roof also carries a deity. On this building, you’ll see a deity holding the hands of a child and an old man. This portrays acts of humanity to enable humans to progress.

On top of the world

The area around the Sanctuary of Truth is especially picturesque with pretty views of the ocean and gardens. Besides the breath-taking views, there are a few activities around the Sanctuary of Truth for visitors to enjoy. You can catch a traditional Thai dance performance every day at 11:30am and 3:30pm. For even more fun, there’s a shooting range and you can also ride a speed boat around the peninsula. If you’re hungry, there’s a restaurant on the grounds. 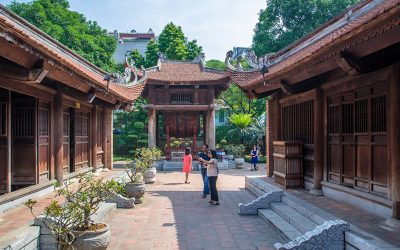 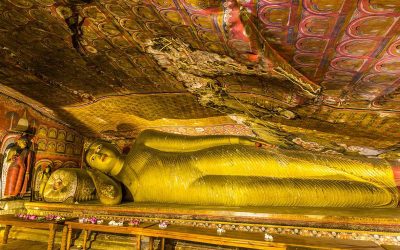 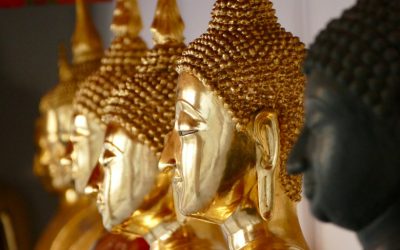 6 Buddhist Temples To Visit On Wesak Day In Malaysia 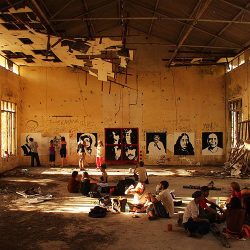 
The Beatles Ashram in Rishikesh, India