As a young anthropology student in the United Kingdom and Sweden, I couldn’t wait to embark on my first fieldwork experience in India, the country I’d decided to study. However, it was only when I was actually in the field that I realised that my anthropological training had been decidedly male-biased; everything I knew was premised on the assumption of a male anthropologist entering the field. There had been no gendered perspective or guidance given to female anthropologists on the challenges that they may face.

Yet, from the very beginning I realised that my experience in the field was both very much shaped by, and often constrained, by my gender. I can still remember arriving at a dera, or spiritual centre in rural Punjab (located in the north of India). Unpacking, I realised I’d forgotten to bring toothpaste, and asked one of the many volunteers at the dera for directions on how to walk to the local village. The volunteer quickly said not to worry and that someone would be sent to buy it. I was a bit puzzled, as I was eager to explore my local surroundings and would have preferred to have bought it myself. However, I quickly learned that women do not generally go out shopping for such items in rural Punjab, as this is seen as a male task (in urban areas of Punjab, there is no such taboo).

The restrictions on my mobility extended to going for a walk alone outside of the dera. Once, I decided to rebel and went for a quick walk, unaccompanied. When I returned, I was scolded and made to feel like a 12-year-old girl, despite being a professional who had come to the centre to carry out research.

A male researcher who’d come to the dera at the same time as me was free to come and go as he pleased, and I very much envied his freedom. Above all, I envied the respect he was accorded as a researcher. I, on the other hand, was first and foremost viewed and treated as a woman with a capital W, and only secondarily, as a researcher.

This was starkly brought home to me one sunny winter day, when I spent several hours interviewing a young male sevadar (volunteer) who’d come to the dera to serve the spiritual movement. What to me was an excellent interview, constituted a violation of gender norms in the eyes of others. Conscious of the need to protect my reputation, and not reinforce the stereotype of the loose Western woman, I sought to limit my interviews as much as possible with men henceforth.

Throughout the time I spent in the Punjab, I struggled to balance my two competing roles: that of a professional and anthropologist, and that of a woman trying to respect local gender codes. While I did my best to outwardly conform through dress, hairstyle and body language, inwardly, I often felt like I was betraying my own principles of gender equality.

After leaving the dera, I went to live with a lovely Punjabi family in the city of Amritsar, the seat of the holiest shrine in Sikhism, known as the Golden Temple. I learned so much from this family, but also learned to internalise regional gender norms that tightly govern female respectability. There was to be no lingering on the balcony to watch the dynamic street life below, as male neighbours might see me. If I wanted to go for a walk in the neighbourhood, their 10-year-old son was sent to accompany me. After a day of interviews at the local university, I’d rush back home on a shared auto-rickshaw, before the informal curfew of sundown for all women and girls in Punjab, when it’s not safe to be out on the streets or take public transport alone.

The worst, however, was not being taken seriously by some male colleagues and professors at the local university. While I’d experienced casual, everyday sexism in Europe, I wasn’t prepared for the level of invisibility and dismissal that I experienced on the part of some men, for whom my gender appeared to cancel out my full humanity, as well as my professional identity.

So how did I deal with these conflicting values and roles? A cardinal assumption in anthropology is that when in the field, the anthropologist will seek to immerse himself or herself in the chosen culture, adopting as much as possible the local customs and habits. However, as most early anthropologists were Western white men, their gender identity and performance in the field was never questioned. Wherever they went, they would enjoy male privilege.

This isn’t the case for female anthropologists, who can find themselves walking a tightrope between fulfilling their role as researchers and adhering to gender expectations that can be profoundly disempowering. My cultural and linguistic immersion in the field meant that I soon learned a whole new language of shame around my body and identity as a woman. While I initially sought to seek approval, as time went on I gained more confidence, and while I still broadly conformed to local gender codes, I’d also resist these gendered restrictions in small ways. For example, when asked about my marital status (the number one question I received), I’d respond that I was unmarried, but then quickly direct the conversation towards my work and the reason I was in Punjab.

If you’ll be heading to India for fieldwork or long-term travel on your own, it’s good to be aware that having to cope with a new ‘gender regime’ can be both enriching as well as stressful; most gender dilemmas will need to be solved on a case by case basis.

In my case, although I initially reacted with frustration at being female in such a male dominated society, and even fantasised at one point about cutting my hair to pass as a man, my fieldwork experiences ultimately led to greater pride in being an independent and intrepid female explorer and traveller.

India is a hotbed for field work, anthropology and research; there are negligible to no resources or support available for women involved in the field. The issues highlighted by Kathryn touch upon gender inequality at home, in the workplace, women’s safety and societal prejudices against women. While these occur regularly all through the country, some of this is more pronounced in the smaller towns of India. This highlights the extent of regression on these issues caused by lack of exposure or conversation about gender in rural areas, bringing even more urgency to women’s rights in the country by showing that the fight is very real. 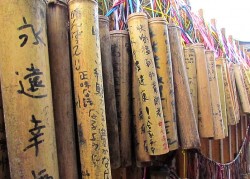 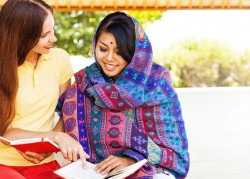 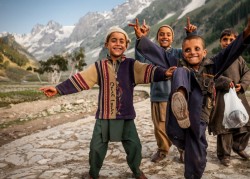 Kathryn Lum
Kathryn Lum is an anthropologist, feminist activist and Lecturer in Global Studies, based in Nottingham, the United Kingdom.
SHARE THIS STORY
0
SHARES 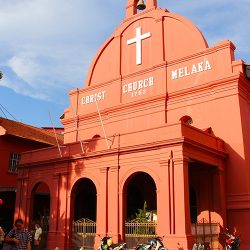 
10 Fun And Cheap(ish) Things To Do In Melaka, Malaysia