While there are many places in Kuala Lumpur (KL) that serve fresh, juicy seafood, there aren’t many who’d make Lobster Rolls a part of their menu. If you can’t resist the juicy meat of these clawed crustaceans, especially when they’re served in a warm, toasted brioche roll, we suggest you to read on!

There are two styles of classic lobster rolls native to New England, with similar variants available here in KL. The Maine lobster roll is typically served with a cold filling of lobster meat coated in a mayonnaise dressing, then mixed with finely diced celery for crunch. The Connecticut lobster roll, on the other hand, features hot lobster meat tossed in a buttery sauce. Both kinds of fillings are served in a warm, toasted roll, and finished with a squeeze of lemon on top.

While these humble rolls came from casual roadside lobster shacks in Maine, they’ve become a gourmet dish in their own right. Many chefs now put their own spin on it, as evidenced by this list below!

When Burger & Lobster opened their first Asian outlet in SkyAvenue in Genting Highlands back in 2017, it became all the rage. Many people still flock to the same establishment now, simply because their expertise lies in only two things — burgers and lobsters.

Not only are they dedicated to making great food, great service is also part of what makes the dining experience unforgettable. Here at the world’s highest Burger & Lobster (1800 metres above sea level), there are three main items on the menu — burgers, wild live lobsters, and lobster rolls.

Keep in mind that they don’t take reservations, so be prepared to wait in line! You can also find them at Suria KLCC, if taking a trip up to Genting Highlands isn’t on your agenda.

Now, let’s talk about their lobster rolls! You’ll find three types of lobster rolls on the menu: The Original — a classic mayonnaise lobster roll (they use Japanese Mayonnaise), The Chilli — featuring their signature chilli sauce, and the Seven Samurai — using their in-house special seven spices sauce.

All the rolls are served chilled in a signature toasted brioche roll, with fries and a salad as sides.

You’ll find everything lobster under NOX, from lobster tacos to salad to rice, and of course, lobster rolls. This Muslim-owned business uses premium ingredients, air-flown from all over the world to bring you a variety of fillings.

On their lobster rolls, ingredients like black caviar, black summer truffle, ikura (salmon roe), tobiko (flying fish roe), uni (sea urchin), and foie gras are used. NOX is an online business available for takeaway and delivery only, which means you’ll get to enjoy this luxury in the comfort of your own home!

With the option of half-filling or full-filling, be prepared to stuff your faces or share it with loved ones. Speaking of sharing, mini lobster rolls are also available for parties! We recommend you try their NOX Lobster Roll, Uni Lobster Roll, or Foie Gras Lobster Roll for something different. Or, go classic with the Butter Lobster Roll.

Mobster Lobster is located in Artisan’s Playground, a cool new gastronomic dining hub in KL. Chef Fhaizal, the founder of Mobster Lobster, has been in the industry for 18 years, and is no stranger in the culinary world.

He started this business amidst the pandemic, because he saw many of his friends losing their jobs, and was afraid the same would happen to him. Although he knew he wanted to dabble into the food delivery business, Chef Fhaizal wanted to try something different. As a seafood lover, naturally, Mobster Lobster was born.

Lobster rolls are the signature dish here, and you’ll find four flavours on the menu — The Classic (mayonnaise), The Original (butter), Sambal, and Sweet Chilli. Their best-sellers are Sambal and The Classic, so do give these lobster rolls a try!

Other items on the menu worth noting are Lobster Mac & Cheese, The Bad Boy (a beef and lobster burger), and Lobster Sammich (a lobster grilled cheese sandwich).

Certainly not new to the scene is Kay’s Steak and Lobster, who’ve been serving only the juiciest steak and lobster since 2014. With outlets available in Putra Heights, Ampang, and Putrajaya, your first foray into lobster rolls is not so far away. Kay’s is wholly muslim-owned and operated, and all ingredients sourced are halal.

Although we’ve heard their steaks are juicy, we’re here (obviously) for the lobster rolls. There’s the Classsic Lobster Roll tossed with Japanese mayonnaise, or the Omotesando Lobster Roll tossed with lemon aioli, topped with Japanese seaweed, bonito flakes, and ebiko. The rolls are served with a side of fries and chef’s salad, making it a perfect meal!

This home-based business makes seafood and wagyu-loaded rice bowls, sandos (Japanese sandwiches), and of course, rolls. Now, when we say loaded, we MEAN loaded. They don’t skimp on their premium imported Japanese ingredients, so you know you’re getting your money’s worth.

Although Yakuza by Dark is temporarily closed for the moment, do stay tuned for further updates on their reopening. We promise they’re worth the wait. 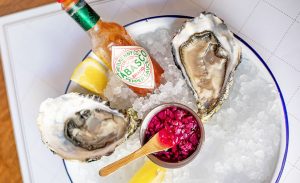 Get Shucked At These 8 Non-Bougie Oyster Stalls In Malaysia 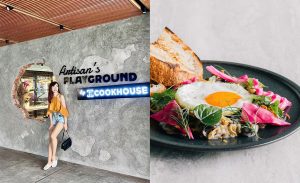 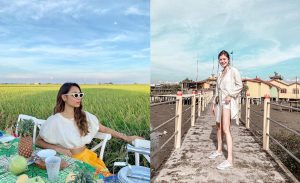 Off The Beaten Track: Unmissable Views In Selangor Perfect For The Whole Family 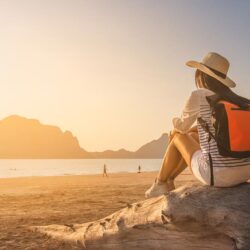 
How to Deal With Depression & Anxiety Wh...