With the long-awaited Bond film, No Time To Die, just on the horizon of premiering in Malaysia, why not pay homage to the world’s most renowned spy with a good drink or two? Flashy cars that drive you straight up to the location are optional, but channelling your inner Bond, Bond villain, or Bond girl is a must.

So, get your most stylish outfit on, because while we can’t jump into a time travel machine (or plane) to mosey over to the sets of Pinewood Studios or many of the on-location bars around London, we have a veritable list of Bond-worthy bars around Kuala Lumpur (KL) to indulge at that would impress the 007 agent himself.

Known for its modern-day glamour mixed with Old World elegance, Astor Bar‘s brass-trimmed panelled entrance and custom-made hammered brass door knobs will have you feeling all kinds of spy chic.

Equipped with an inviting bar area set against luxurious black-and-gold marble and stocked with more than 650 labels from multiple regions and producers, guests are practically promised a good time. From tastings in the secret wine cellar, which houses a spectacular gold-tiled domed ceiling along with its featured Cigar Lounge, just remember to order your Martini shaken, not stirred.

This one is for the gin-ophiles! To complement their whiskey lounge, Marini’s on 57 launched MariGin. Inside, expect to feel transported in time with its 1930s decor to its 1980s music.

The setting isn’t the only thing that’s licensed to kill, though, as the created and conceptualised in-house cocktails smartly play on words to draw your attention. From Ginius, Archaelogin, to Jungle Gin, amidst its plump leather sofas, chandeliers, and wine library, here’s where you might find yourself speaking in iconic Bond quotes,”Well, I do like some things the old-fashioned way.”

In the short time since its opening, this New York City-style speakeasy — inspired by legendary crooner Frank Sinatra — Frank’s has gained rave reviews. Almost an homage to the golden Hollywood era, it’s the most meta inclusion on the list. Channel the Bonds of yesteryear and explore the bespoke menu of this hidden bar in Avenue K, and expect sweeping views of KL along with occasional guest collaborations with some of KL’s best bars.

Situated on the 38th floor of Menara SuezCap, the Vogue Lounge is as chic as it is fashion-forward with its gorgeous rooftop bar and an extensive wine collection. So, put on your fanciest, glitziest dress and feel like royalty a la Kate Middleton on the red carpet of the latest Bond film.

A cosy little spot perfect for clandestine meetings or just a bit of low-key merriment, Sin Chew Kee Cold Drink Store is the kind of spot that Dame Judi Dench’s iconic, no-nonsense M would approve of. Named after the historic neighbourhood it calls home, the hidden bar features a rustic setting that preserves the colonial architecture of the heritage row with a modern twist. Its cocktail menu comes tea-infused, and if you’d like, paired impeccably with a food menu.

The nefarious-sounding Skullduggery and it’s equally ominous setting is a bar that is to-die-for. With its tastefully eclectic wall of skulls and an exquisite collection of drinks, you’re bound to be feeling all kinds of villainous here, especially with their inventive concoctions such as the jackfruit-infused rum and truffle-infused vodka.

When news of one of KL’s most well-loved bars, Omakase + Appreciate, announced that it would close down for good, fans and regulars were left dispirited. But award-winning mixologist Shawn Chong, one of its co-founders, had other plans up his sleeves.

Enter Mizukami Garden, a collaboration with speakeasy bar, The Curious Gardener, that lives up to the garden theme with a menu inspired by its lush surroundings. Highlighting a garden-to-glass concept, expect zero-proof, low-ABV (low alcoholic strength), and cocktails crafted with fresh botanicals (including herbs grown on-site in its garden). It’s a 21st century green-fingered Bond we’d like to see. 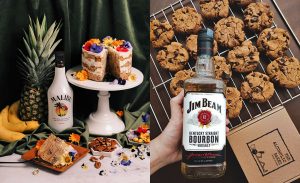 Boozy Bites: 13 Places To Get Your Alcohol-Infused Food Fix 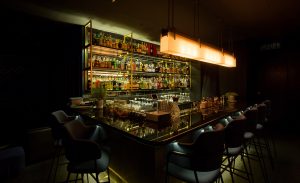 11 Must Visit Bars In Kuala Lumpur 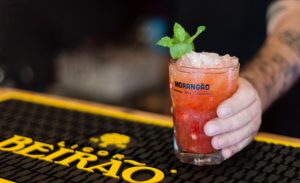 10 Of The World’s Most Unique Cocktail Bars 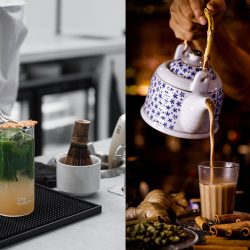