Afraid of travelling solo? If your biggest concerns are the safety factors, here’s something to put you in the right direction of travelling safer and smarter. We stumbled upon these 10 mistakes to avoid when travelling alone in this excellent article by Charyn Pfeuffer on Refinery29. While they are good advice for the first-time traveller, they are also important reminders for seasoned travellers not to get overconfident in being spontaneous adventurers:

1. Going hard on the drinks 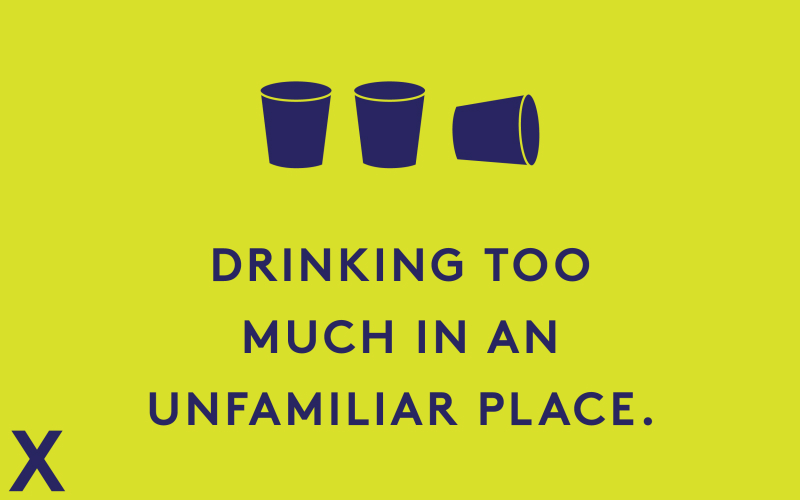 When I travel, I tend to gravitate towards the nearest bar. It’s the best place to make friends on the fly and get the local lowdown. If I imbibe too much, though, it can dull my senses and make me vulnerable to others. I like to be cognisant and in control, so I acknowledge my alcohol intake limits and stick to them. I go one for one, alternating one glass of water for one drink. It’s a rule of thumb that’s served me well.

Zafigo says: Have a pint at the local bar if you must, but keep your eyes and hands on your drink at all times. Even if you don’t accept drinks from a friendly new stranger, leaving your drink unattended for a split second will give people a chance to slip drugs into your drink. For starters, it is not a good idea to ask someone to look after your drink while you pop into the toilet. 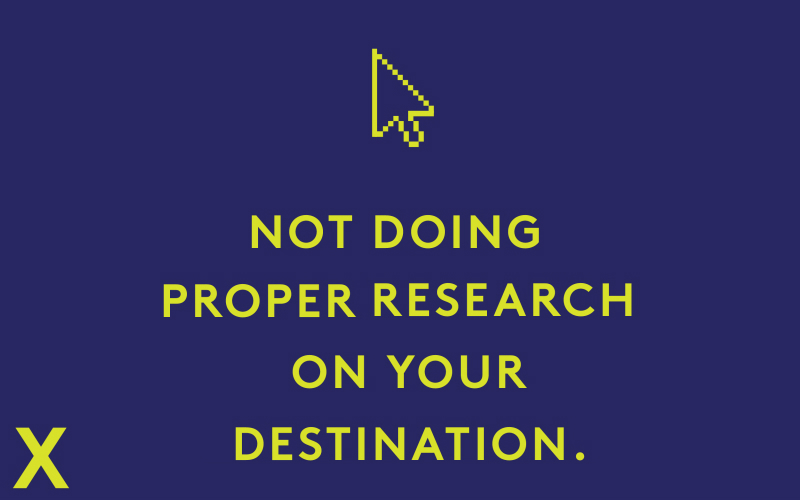 Going into most situations in life, it’s best to be prepared. So when traveling to some far-flung destination, take the time to do your homework. Learn about the local culture, rules of etiquette, and political landscape. A few key phrases, especially “thank you,” in the local language, will go a long way. Take a look at a map to get a handle on where you’re arriving, staying, and sights you’re planning to visit.

3. No care for culture 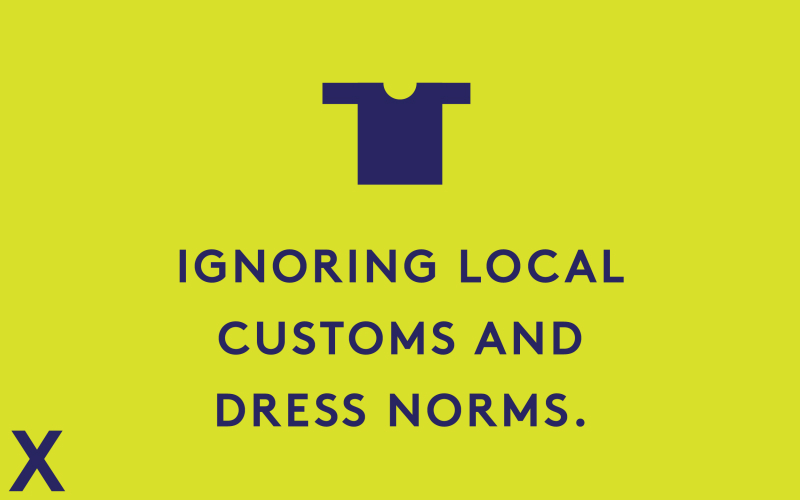 I live life on my own terms. In my daily life, my “Yay Sex” T-shirt elicits comments; my bright-purple, snakeskin-patterned workout pants always garner a fair bit of snark, too. It wasn’t until I rocked a minidress in Cusco, Peru, a few years ago that I realised the need to make smarter fashion decisions in foreign destinations. What I thought was cute and sassy was met by my local host as having “mini morals.” (As in, miniskirts meant mini morals. I was mortified.) Now, I pay attention to how locals do things. Whether it’s personal conduct or what they wear, I put my usual stubbornness aside and step in line when necessary.

Zafigo says: There are a lot of merits in adhering to the local customs and dress norms especially in conservative countries. Firstly, it keeps you safer by taking wandering eyes off you. Secondly, it shows the locals that you appreciate and respect their culture. When you’re in a foreign land all on your own, a small gesture like dressing local will get the locals on the side of helping you. 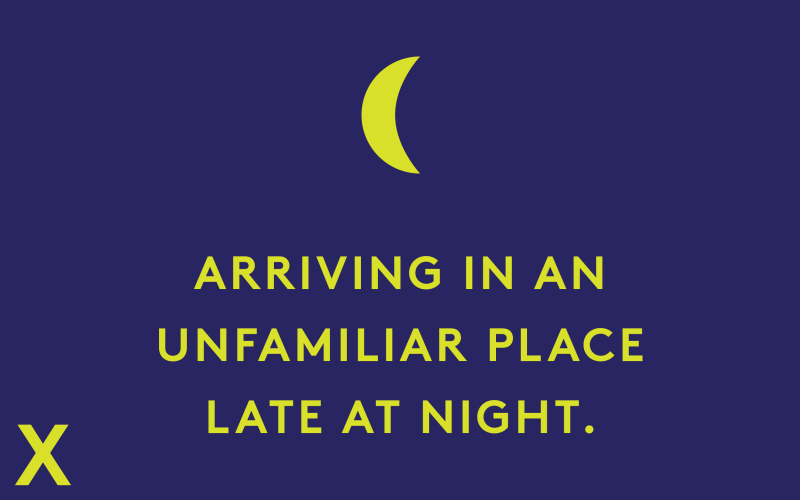 Whenever possible, I avoid landing in a new place after dark. I’m a visual person and like to get the lay of the land as soon as possible. Arriving after dark is disconcerting for me. If travel logistics deliver you to your destination after dark, it’s always best to arrange transport with your hotel or an Uber to ensure you arrive safely, advises Britanny Cater of Flying Yak. This way, you can avoid getting ripped off, and your driver knows exactly where to go. “As great as your smartphone is, be sure to have all your hotel information, as well as a contact number, written down in case your phone dies or stops working,” says Cater. “Having a phone number for the driver to call when he is lost has saved me more times than I can count.” 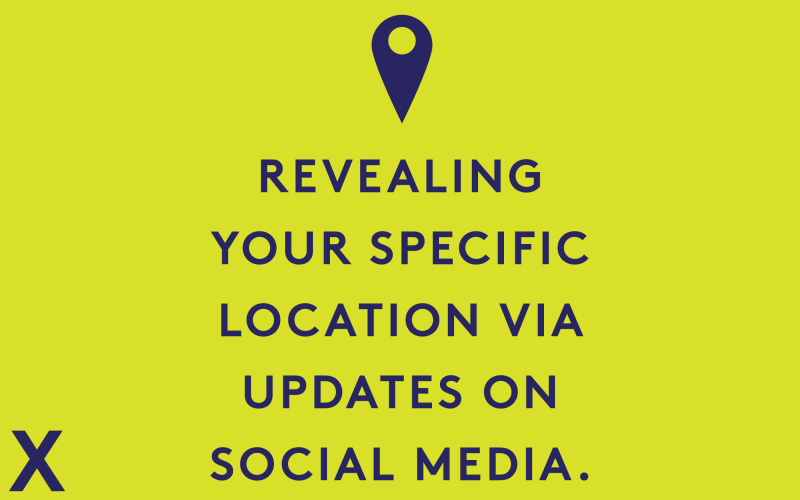 I know, I know. We live in such an Insta-driven world, where our travel play-by-play is encouraged to be spewed in real time across social media platforms. As much as I enjoy bringing friends and followers along for virtual adventures, I also put a heavy premium on my personal safety. I avoid disclosing where I’m staying until after the fact — ditto for bars, restaurants, and other points of interest. I’m not paranoid; I’ve had strangers pay too close attention to my whereabouts in the past, and I’m not one for unsolicited surprises.

Zafigo says: It’s not just geotagging your location on Instagram photos that will expose you to danger, something seemingly as harmless as posting a photo of your boarding pass on Facebook can also open you up to identity fraud. Read: How A Man’s Airlines Account Got Hacked Into Through One FB Photo 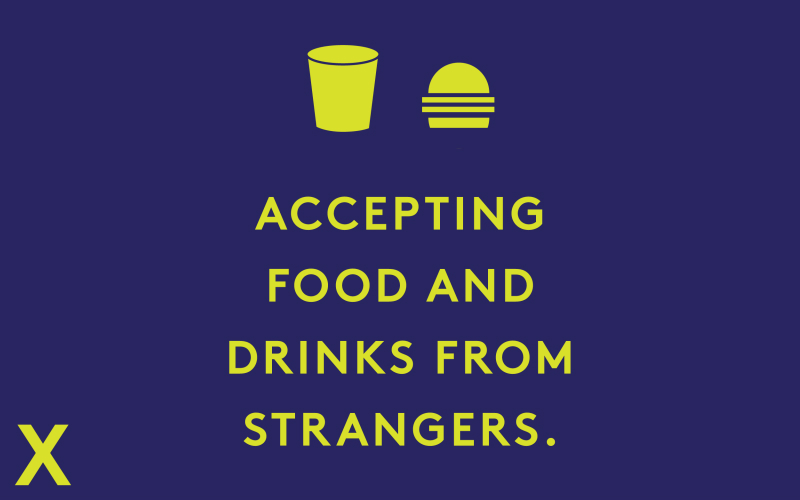 This should go without saying. Never accept food or drink from a stranger. I’ve had something slipped into my drink; I’m almost certain it was PCP, based on my hallucinogenic experience. (It was the ’90’s in Baltimore; Rohypnol, GHB, and Ketamine were the date rape drugs du jour.) I was lucky enough to recognise that I felt off and had a close friend take me home. If you don’t need to compromise yourself, don’t. Keep close tabs on your food and beverages. If a bartender or server doesn’t directly hand you a drink, think twice. I’ve refused many free cocktails because I didn’t see their path to me from being poured. Date rape is a real occurrence, both at home and on the road.

7. Letting your guard down 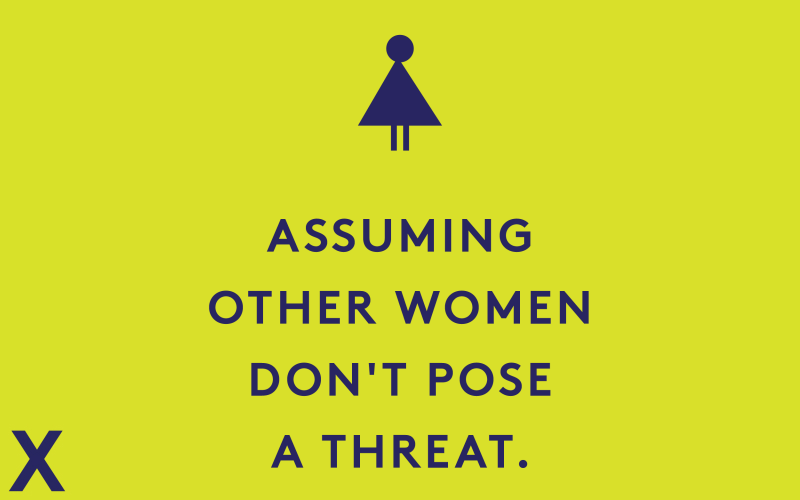 As a woman, it can be easy to believe that all the predators of the world are men. This is not the case. Women can do anything — and that includes being dangerous. It’s important to practice caution when meeting anyone new, no matter their gender.

In my hundreds of thousands of miles of travel, I’d never had anything stolen until I stayed at a hostel in David, Panama. After a 10-hour bus trip from San Jose, Costa Rica, I made the mistake of letting my guard down. After a few beers on the hostel’s patio, I returned to the dorm room late and, instead of locking up my laptop in the locker, I wrapped it in a sweatshirt and stuffed it under my bed so as not to wake my dorm mates. In the middle of the night, I was awoken by the sweet 20-something woman I’d chatted with earlier. She appeared to swat a “cucaracha” from my head, and then slipped into the bathroom. When I woke in the morning, I reached my hand under my bed, only to find my sweatshirt — minus my laptop. Immediately, the pieces of what happened came together. I felt like an idiot for trusting this woman.

Zafigo says: We’ve heard stories of groups of Gypsy women scamming and pickpocketing in parts of Europe. Be careful or strangers coming too close, no matter if they’re man, woman, or child. 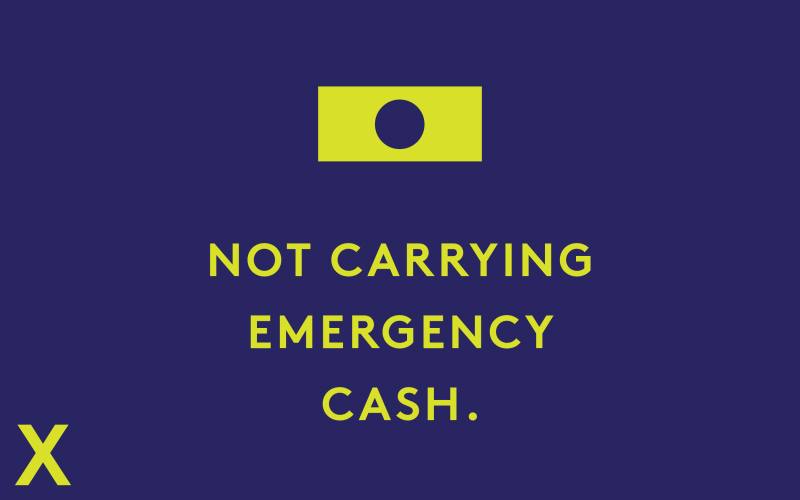 It’s always a good idea to carry a stash of emergency cash. I’ve been stuck in countless destinations where banks have been closed or cashpoints have been inoperable. It’s an awful feeling to travel without cash under credit-card-unfriendly circumstances. “Although it is ideal to have cash in the local currency, the U.S. dollar is a best second,” says Cater. “I had a driver in Turkey take euros.” She advises being prepared to pay a hefty premium, since if it isn’t their currency, they will have to exchange it later.

Zafigo says: Cash aside, save a copy of all your important travel documents like passport, identity card, insurance information and flight tickets on your phone in case of emergencies. You can also email it to yourself or upload it to your cloud storage for safekeeping. I’m all for accountability. Even when I have a Tinder date in my hometown, I make sure my BFF knows exactly where I am and my estimated time of arrival home. Safety first. Before I travel, I share my itinerary with a few close contacts, and while travelling, I scrawl a quick note on the hotel notepad with my whereabouts. I’ve always returned in one piece, but you never know.

10. Putting yourself in a vulnerable position 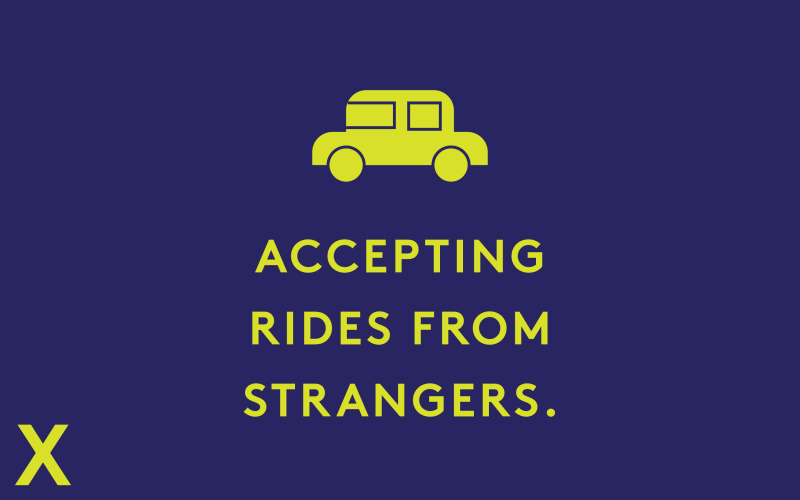 Guilty as charged. I’ve hitchhiked in foreign countries — albeit during daylight hours. As a woman, I know it’s risky business. On several occasions, it’s been the only way to get from Point A to Point B. Before you get into a car with a stranger, think twice. Putting yourself into such a vulnerable position opens you up to being potentially scammed, robbed, or physically harmed. No jet-setter wants that.

Read the original story by Charyn Pfeuffer on Refinery29. 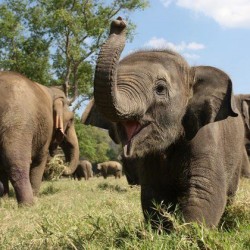 
TripAdvisor Will Stop Selling Tours That...