As women, one of our biggest fears when travelling in a foreign land is getting raped. Our mothers, fathers and friends repeatedly remind us “be careful” before we fly off, hinting at the possibility of everything that could go wrong. “Don’t worry,” we assure them that we’ll take care of ourselves. With our passports in our hands and stubborn optimism in our heads, we bullishly board that flight to a foreign land.

Rape is often the one thing that we’re fearful of, but the last thing we’d expect to happen. What are the chances of us getting raped when we would be taking extra precaution to avoid strange men and sleazy parts of town? However, sometimes the monsters come to us disguised as friends. They win our trust and wait till we let our guards down. Then, they’ll attack, leaving us with humiliation, guilt, and shame.

What do we do next? Do we go home crying to our families, humbly accepting their I-told-you-so’s? Or do we just continue travelling?

It’s a difficult topic to ponder upon, but for this 20-year-old traveller, it’s her reality. This woman’s world came crashing down upon her when she was raped while travelling in Kyrgyzstan. What did she do with her nightmare? She shared her story on Travelettes, detailing her thoughts and decision which you wouldn’t have expected. Her story is powerful and relatable, read it here:

I never understood my parents’ concerns

As a 20-year-old female traveller, I am well attuned to the worries of my family and friends. In the past three years, I have travelled to 23 different countries on three continents, much of the time alone. Before each trip, I repeatedly received the same pieces of advice, telling me not to walk alone in the dark, always watch my drink, and not to place too much trust in men I didn’t know. Since many sources uphold common sense and rational decision-making as the way for women to stay safe while travelling abroad, I was quick to assure my family and friends that their worries about my safety were misinformed. After many successful trips, I was further convinced that incidents of female travellers running into trouble abroad were blown out of proportion and used to scare women and girls from embarking upon adventures that had the potential to empower them.

My parents, who have generally supported me in my decision to travel, were nevertheless hesitant when I informed them of my plans to travel alone to Central Asia for five months. My father, who rarely displays his emotions, cried at the airport when we exchanged our goodbyes. I didn’t understand his fear.

To me, making “safe” decisions provided me with a certain degree of invincibility. Although my peers consistently told me they admired my bravery for seeking to discover the world’s gems on my own, I never considered myself brave. After all, thousands of women have made trips around the globe and have returned home with stories of its beauty.

The day I was raped

During a recent trip to Osh, Kyrgyzstan, I was raped. It wasn’t a stranger, but rather the brother of a good friend, someone who was supposed to be my guide in the city.  It was aggressive and premeditated. I tried to fight back, but I wasn’t physically strong enough. Immediately, reactions of shame, isolation, and defeat engulfed me completely. I hadn’t allowed a stranger to get too close, and I surely hadn’t let down my guard. The safe and misunderstood image of the world I had believed in and preached about had shattered along with my dignity.

I failed to choke back my tears as I explained the incident to the United States Embassy the next day. Just as I had expected, bringing him to justice would be impossible. Not only does corruption penetrate every institution in this country, but women courageous enough to seek justice are also framed as the instigators of rape. Though those I spoke with at the embassy were well informed, compassionate, and empathic, there was nothing else they could do to help.

The consul offered to assist me in contacting my family and making arrangements to return home, but I immediately declined. I imagined encountering all those who had only reluctantly supported me, embracing me with pity but harboring thoughts of “I told you so”. However, something stronger than my pride was urging me to stay and continue on my journey.

Learning how to be grateful

After the rape, preventing anger and disappointment from polluting my entire being took all of my strength. Traveling is my identity, though, and I wasn’t about to abandon it. Instead, I reflected upon the experiences I have gathered from my time abroad that have taught me one of the greatest lessons of the human experience: gratitude.

Through my travels in the past three years, I have had the great privilege of witnessing passion and human connection in many of its forms. After ending up in a carpet warehouse after getting lost in the alleyways of Istanbul, I met an old Muslim man who gave me tea and fervidly showed me every carpet in his collection, explaining the rich history behind every symbol, pattern, and color. In Romania, I fell deeply in love with a man in a matter of days. Later, I learned to say goodbye. In Israel, I encountered an Iranian woman who told me that she didn’t care that I was American, that she loved me anyways. In Kosovo, I met a man who worked as one of the region’s few child therapists. He was determined to help underprivileged children despite barely earning enough money to pay his rent. In Poland, strangers comforted me after I learned about the loss of my grandfather.

By learning gratitude, I also learned the power of vulnerability. Each time I stepped off of the airplane, I embraced the chaos of an alien environment. At the same time, I allowed each new place to embrace me, being honest when I felt uncomfortable, insecure, and lonely. Without being vulnerable, I never would have experienced the deep connections that make me grateful for the privilege of travelling and bearing witness to life’s diverse facets.

Although what happened made me want to return to comfort and familiarity, I won’t let my rapist break me. Next week I will board a plane for the next adventure: venturing through Tajikistan and to the Pamir mountains.  This is still a man’s world, and that’s the unfortunate truth whether in Kyrgyzstan or Europe or the United States. However, I plan to change this fact. Through embracing vulnerability and travelling fearlessly, I will reclaim my identity.

This article was originally published as an anonymous guest post on Travelettes. 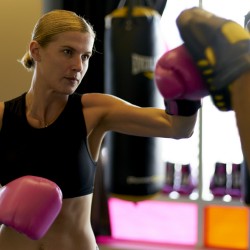 
What We Loved About Bangkok’s First Bo...