“Visit Bangladesh before the tourists come,” was the very inspiring slogan coined by the Bangladesh Tourism Board years ago, but the only problem is that the tourists never came. Even after approximately six years since the tourism campaign was launched, Bangladesh’s tourism industry still remains in its infancy. As such, the concept of foreigners visiting their country is new to the locals.

For travellers to the Bangladesh, it means two things: 1) An ultimate off-the-beaten-path experience, and 2) attracting too much attention for comfort. Overcrowded, curious, and unabashed, Bangladesh, especially the capital of Dhaka can be overwhelming to the uninitiated. Teacake Travels and Intrepid Girl have some useful surprise to avoid any rude surprises and be mentally prepared for Bangladesh.

1. They will stare at you

You can’t really blame Bangladeshis if they turn you into a minor celebrity. Bangladesh is a far cry away from a cosmopolitan country, everyone in Bangladesh is Bengali. Foreigners are a rarity and if you are Western, you can literally stop traffic. While it’s fascinating to feel one of a kind, it does mean that you stick out like a sore thumb. Be prepared to be chased down the street by men desperate to know where you’re from, crowds gathering around you, cameras flashing at you, and endless invitations to tea. It may feel apprehensive at first, but most of them are just curious.

Especially outside of Dhaka, you won’t find many, or any, woman on the street. The women are mostly at home. Vicky Baker from The Guardian, however, visited Cox’s Bazaar a couple of years ago and was pleasantly surprised to meet a bunch of girls surfing in their hijabs.

Related story:
The Biggest Fears Women Face When Travelling & How To Overcome Them

3. People will try to help you, even when you don’t need help

Alice Nettleingham from Teacake Travels says that the locals are so nice that they can be overwhelmingly nice. “Out of the goodness of their heart and wanting to make sure you’re safe, men are going to question a lot of things you may usually do. Going off on your own is uncomfortable for them. Going out of your hotel at night sends them running after you in a panic. If you look like you need help, the whole village will come running and that can become quite overwhelming.”

The topic of your marriage and childbearing status can and will come up. Oftentimes, telling them that you’re single and childless will just return you with more bewilderment. Save yourself the trouble and a possible marriage proposal by telling them you’re happily married with enough children to start a cricket team (they love cricket).

A headscarf and modest clothing will go a long way, especially when people are staring at you. Practice the general caution you would in any other Muslim country. To know more, read: 12 Things Women Need To Know Before Travelling To Muslim Countries

Women typically sit at the front in buses. There are also women-only areas on trains and restaurants which are always good to have.

7. The crowd in the capital, Dhaka, is a nightmare

Zafigo founder Datin Paduka Marina Mahathir said it best in this article, “Let me put it this way: Remember when everyone talked about Bangkok, Jakarta or Manila as cities with nightmarish traffic? Well, they have nothing on Dhaka. Bangladesh is [one of] the most densely-populated country in the world… Bangladesh weighs in as the 10th most densely populated terrain on earth, with 1,112 people per square kilometre. And boy, does it feel like it! I once had to walk along a street to get to my friend’s car to go to tea, after attending a conference. Unbeknownst to me, what looked like the entire population of Bangladesh was heading in the opposite direction towards some sale at the same conference centre. I don’t think I have ever brushed against so many people before. I now know what it feels like to be a salmon swimming upstream.”

8. The traffic is not any better

Rachel from Intrepid-Girl weighs in, “There are many countries that can fight for the award of “Worst Roads and Drivers” and trust me when I say Bangladesh is a serious contender. I’d been in the country only a few minutes when I realised my biggest threat in this country was the roads. It was 10PM at night, I was on the back of a motorbike that had no lights and we were dodging potholes, people, buses, rickshaws, taxis, cars and cows. The buses are scary journeys and frustrating. Frustrating because they are constantly beeping their incredibly loud horn. The driving is crazy! The buses come up so close to the vehicles in front of them and overtake beeping their horn as a warning. Every bus ride in Bangladesh is an adventure.”

Related story:
The Cities With The Most Dangerous Public Transportation For Women Are 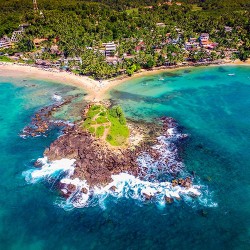