I recently spent two weeks in Perth. And after spending the first few days and nights hitting the usual tourist hotspots (see: Fremantle), I was longing for some time out in nature. So I made sure to pay visits to a few wildlife and regional parks.

While I didn’t get the chance to visit Rottnest Island and stalk the quokkas for a wefie this time, these places did enough to scratch my adventure itch.

Being a photographer who loves his nature locations, Bells Rapids is one of the first places my friend, who hosted me for the duration of my stay, wanted me to see. It’s made up of a series of streams and waterfalls that make up a portion of the Avon River.

It is also a popular place for white water rafting between July and August when the waterways are the, err.. most rapid. It’s also a good place for a picnic, which is what we opted to do instead.

After coming across the Cold Nips‘ Instagram page, I had ‘go for a swim’ way up on my Perth bucket list, thinking it would be a fun thing to do. It was the end of spring while I was there, and the weather was supposed to be getting warmer, so how difficult could a 6am swim be? Very, apparently.

Western Australia was going through what they called a late winter, and the temperatures were unusually low for late October/early November. At 3pm, the waters were still freezing, and all I could muster up to do was go in ankle deep before sprinting back to the beach mat. Safe to say that I didn’t get the chance to strike this off my list. But I did get to see some wild hares and pied cormorants.

If you love animals, definitely make Caversham Wildlife Park a stop. The wildlife park is family owned and is home to over 200 species of animals, and you’ll have many opportunities to interact with the animals. I got to feed kangaroos, touch snakes and other reptiles, take a photo with a wombat, and hug a koala (who didn’t seem too thrilled to meet me).

Going for a hike was definitely something I wanted to do, and after collecting suggestions, we decided on Lesmurdie Falls, which was located in the Mundy Regional Park in the hills east of Perth. It is also the biggest waterfall in the Perth Hills, and you’ll see some pretty spectacular views from Lions Lookout.

From here, there’s a trail to the bottom of the falls, which isn’t a particularly long or difficult hike, but the dry soil and heat (we made the not-so-wise choice to do this at 2pm) made the experience a little strenuous.

Just about a 10-minute drive from Fremantle, Blackwall Reach is a lovely spot if you’re looking for a nice quiet place to fish or take in the scenery. If you’re looking for a bit of an adrenaline rush, try cliff jumping. The short stretch of limestone cliffs along the Swan River rises up to 11 metres above the water and 25 metres below the saltwater surface.

It was a quiet evening the day we ended up there, so we found a good spot by the shore to watch the sunset and take some photos. If you’re lucky enough (which we weren’t that day), you’ll even get the chance to catch dolphins frolicking.

If you’re looking for a nice place for a night stroll, head to Kings Park. The close to 1,000-acre park is made up of a botanical garden and natural bushland located on Perth’s Mount Eliza. If you park near the State War Memorial, you’ll come to a lookout point that offers a beautiful panoramic view of the central business district.

In this part of the park, you’ll also see the Flame of Remembrance and Pool of Reflection, which were installed as a symbol of the nation’s perpetual gratitude towards, and remembrance of, its war casualties.

*All images by author unless stated otherwise. 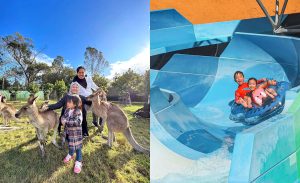 6 Things To Do With Kids In Brisbane’s Sunshine Coast 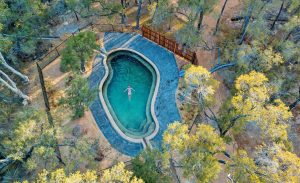 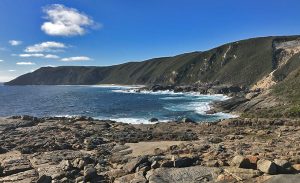 Exploring Perth, Australia With A Little One In Tow 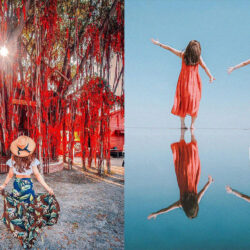 
7 Stress-Free Things To Do In Sekinchan ...