Women have come a long way in the last century in terms of achieving worldwide success. They’re also particularly well-known in the poetry community for their ability to take an existing art form and turn it into something relevant, new, and all their own.

In conjunction with World Poetry Day, we are celebrating six of the most accomplished female poets from our own country — Malaysia! We think you should be reading works from these rising stars and literary legends right now.

Siti Zainon Ismail is a Malaysian novelist, short story writer, poet, and academic. In 2019, she was named the national laureate by the education ministry and is the 14th person to win the award. Pulau Renik Ungu (The Island of the Purple Crocus) is Siti’s best-known novel, but her poetry has also appeared in collections such as The Moon is a Candle and Bunga-Bunga Bulan. She has written three novels, 10 collections of short stories, 25 collections of poetry, and has edited seven short story anthologies and five poetry anthologies.

Wani Ardy is a singer-songwriter for her band Wani Ardy & The Guitar Polygamy, a poet-performer, a published author, and an educator – she turns poems into lyrics and stories into songs with her band. Wani has been performing live all over Malaysia since 2006, and has also represented Malaysia at art events, music festivals, and poetry gigs in Singapore, Jakarta, Makassar, Banggai, Sydney, and Melbourne.

Including the recent and well-received The Art of Letting Go(d), she has published 10 books since 2009, two of which are bestsellers – Langit Vanilla and Untuk Yang Telah Pergi. Wani is also a strong advocate of empowering families and women with MRKH Syndrome — a condition affecting women’s reproductive health.

Internationally recognised poet Charissa Ong Ty created waves with her first book, Midnight Monologues – her debut collection of poems and short stories. Midnight Monologues was also nominated for the 2017 International Book Awards in poetry and cover design. She is also the founder of Penwings Publishing, an independent publishing house in Malaysia.

MPH recently added her second book, Daylight Dialogues, to its Fiction Best-Sellers list. This, of course, gained her a best-selling author title, which any writer can tell you, is quite an achievement. Recently, Charissa published her third illustrated poetry book called What Does Your Name Mean? as a part of her first poetry collection, Poethree O’Clock.

A writer, journalist, and spoken word poet, Melizarani T. Selva, has appeared at TEDxGateway and the ZEE Jaipur Literature Festival. Her debut book, Taboo, is a poetic study on Malaysian Indian Identity for her Masters thesis. Her poems have been translated into French and Bahasa Malaysia.

She co-founded If Walls Could Talk: Poetry Open Mic, the Malaysia National Poetry Slam, and has co-published an anthology of 100 poems by 61 poets from Malaysia titled When I Say Spoken, You Say Word!. She is currently a co-editor for the literary magazine SingPoWriMo.

Hillary Tham was a poet, editor, and teacher. Reading her work, you’ll find that a fusion of Chinese, Jewish, and American influences permeate her poems. The Malaysian-born American poet was the author of nine poetry books and another book of memoirs and poems, Lane With No Name: Memoirs and Poems of a Malaysian-Chinese Girlhood, published in 1997.

Her book of poetry titled Bad Names for Women (1989) won second prize in the 1988 Virginia Poetry Prizes. Two of her books are used as Asian studies texts by the University of Pittsburgh. A collection of short stories set in Malaysia titled Tin Mines and Concubine won the Washington Writers Publishing House Prize for fiction. Suffice to say, you need to dive into this accomplished writer’s work!

Sheena Baharudin is a Malay, English, and Jawi spoken-word poet. Rhymes for Mending Hearts and All the Bodies We’ve Embraced are among her works. In addition to this, she has spoken at TEDxTalks and currently serves as an Assistant Prof. of Literature, School of English at the University of Nottingham Malaysia.

No stranger to the stage, Sheena has performed solo and ensemble performances as part of the Poetry Cafe KL project at Urbanscapes, Iskarnival Festival, Melaka Arts Festival, Cooler Lumpur Festival, and George Town Literary Festival, and Singapore’s Lit Up Festival. Listen to her on Spotify. 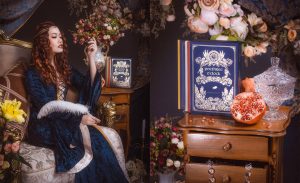 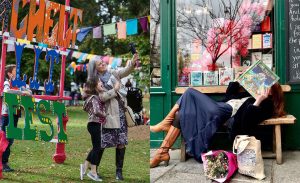 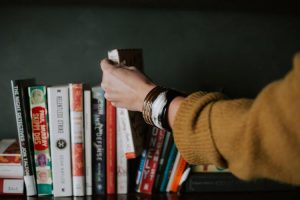 10 Books That Will Take You & Your Imagination Places 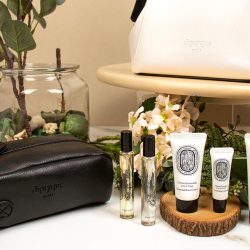