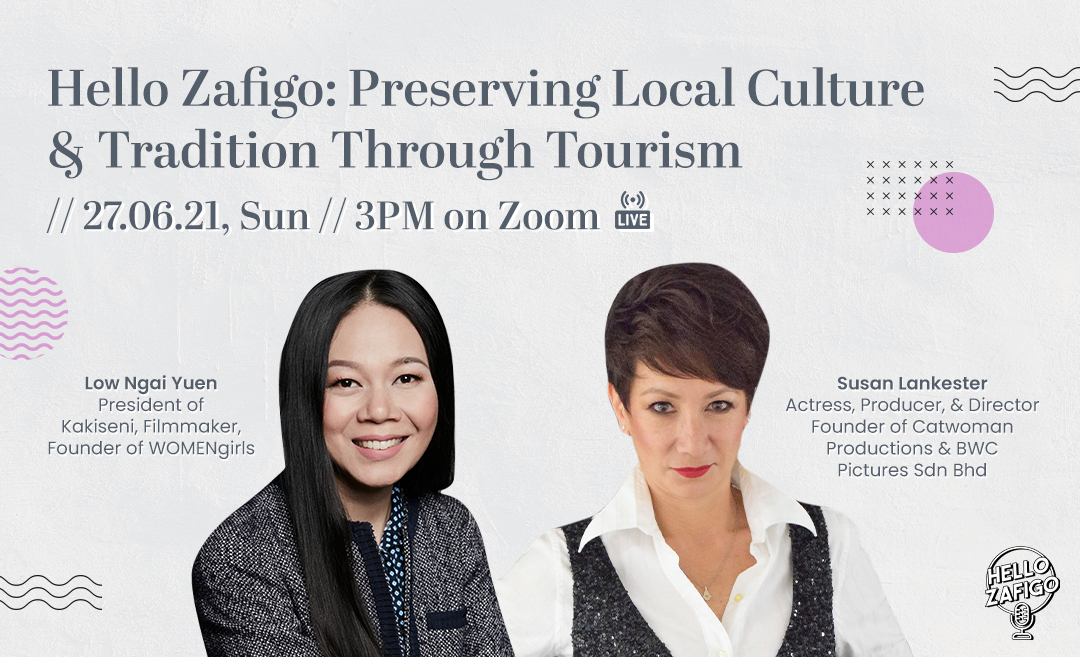 According to a study conducted by Tourism Malaysia, one of our country’s biggest draws for tourists, near and far, is our rich culture and diversity. Apart from historical walking and food tours, it is cultural events, traditional and modern arts, theatre, and film that are what attract visitors to the country. In fact, both the arts and tourism industries are co-dependent on each other to survive.

In a brand new episode of Hello Zafigo, Marina Mahathir, who is back on hosting duty, chats to Low Ngai Yuen and Susan Lankester about Malaysia’s creative communities and how it defines this nation and its people. They also delve into how the arts and film culture draws visitors to Malaysia, or any destination for that matter, and discuss why the arts and tourism industries need each other. Join us this 27 June at 3pm.

Many of us first got to know Low Ngai Yuen as one of the three hosts of the groundbreaking and award-winning women empowerment TV show, 3R. At the same time, she was also a DJ/producer on WOWfm and from there, embarked on a rewarding journey through the film and theatre industries. Some of her earliest achievements include winning Best Short Film and Audience Choice Award at the 2003 Singapore International Short FIlm Festival for Your World My World, bronze for the critically-acclaimed 1413 at the Malaysian Video Awards 2004, and for her stage directorial debut, The Girl from Ipoh, earned several 2005 Cameron Arts Awards including Best Male Actor and Audience Choice Award.

Ngai Yuen also runs multiple business models to support two causes: the 20-year old Kakiseni Association that champions the arts and its advocacy; as well as founding WOMEN:girls, another NGO dedicated to reminding women of their position as role models to younger girls to achieve their potential.

In 2011, after being selected as a subject matter expert for the Prime Minister’s Roundtable on engaging the youth, she was given the honour of leading the execution of mapping out the industry’s growth for the performing arts pillar of Dasar Industri Kreatif Negara. This is when she took over and ran Kakiseni, where it first emerged as an online reference for local performing arts. Today, Kakiseni is officially registered as a non-profit as its primary function is as an advocacy platform to promote performing arts in the country and region.

Ngai Yuen also conceptualised and founded WOMEN:girls the same year, another not-for-profit and cause-driven organisation with a mission to use role-modelling and pop culture to drive higher women’s share of voice, support financial freedom, create access and networks, and mentor young achievers. Today, WOMEN:girls is known to drive change-making amongst the young through the programme Young Changemakers. Here, young people’s energy and new ideas are matched to the United Nations’ Sustainable Development Goals and the organisation has since profiled some 30 youth making various differences in the communities as role models.

A Malaysian film and television darling, Susan Lankester has been a part of the industry for over 30 years, acting in, directing, and producing English, Bahasa Malaysia, and Cantonese productions here and in Singapore. She became a household name in 1983 after her starring role in Mekanik. This then led her to the sitcom 2+1, for which she won Comedienne of the Year in 1993. Since then, she has starred in numerous projects, most notably Femina (won Best Supporting Actress), Redha, Keluarga Iskandar (nominated for Best Comedienne), Keluarga Baha Don (Best Comedy Series), and Azam & Johan (nominated for Best Supporting Actress). As producer, she worked with Gavin Yap on the 2014 indie film, Take Me to Dinner, and produced a trilogy of shorts about, written, and directed by women for Seeing Eye Films.

In 2018, opportunity knocked and she joined the video-on-demand streaming media company VIU.com as their Consultant Head of Production to kickstart their Original Online Content arm and has seven titles under her belt to date.

Apart from film and TV, Susan has several theatre works to her name and has worked extensively with The Actors Studio Theatre, Istana Budaya, and the Kuala Lumpur Performing Arts Centre. Notable projects include Natrah, Pearl of the Eastern & Oriental, The Human Voice, Shadow in the Sun, and the Vagina Monologues.

Preserving Local Culture & Tradition Through Tourism
will be hosted on Zoom for FREE. Details of the web session are as follows:

Stay up-to-date on this and future sessions of Hello Zafigo by following us on Facebook and/or Instagram.

All past sessions are available for viewing at hellozafigo.com. 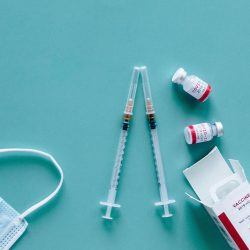