Depending on where you’re coming from, Kuala Lumpur (always called KL by the locals) is either orderly or chaotic.

Those coming from neighbouring countries marvel at our ‘orderliness’; the fact that we actually stop at traffic lights, don’t normally run down pedestrians on zebra crossings and do not have hawkers clogging our pavements.

For others, our road signs are incomprehensible, our sense of time infuriatingly elastic and our command of English puzzling.

But for many first-timers, KL is also a surprise. If you’ve been reading that Malaysia is a developing country, the modern airport, highways and tall buildings can be unexpected. For the most part, English is so prevalent that you can understand most signs in public places and you can make yourself understood by most people. Many expats consider KL one of the better postings in Southeast Asia with a fairly high standard of living at reasonable prices.

But there are, as with any city, things to watch out for.

1. Most of KL is rather safe

Most of KL is safe especially in the tourist areas. But it does pay to be alert. It never fails to amaze me how careless people can be, leaving handbags over chairs and mobile phones on tables where they can be easily lifted by anyone. But generally we don’t have a pickpocket problem as prevalent as in some European cities. Occasionally we have cases of bag-snatchings but not as often as our newspapers would suggest.

Taxis can be a bit of a hit-and-miss prospect. If you get one from your hotel, they are likely to be reliable enough. But if you pick up one from the street, make sure they put on their meters and keep an eye on it. I can’t say our taxis are as pristine as those in, say, Japan nor are our drivers as well up on KL streets as those in London but if you don’t like the look of a cab, don’t take it. A good option is Uber. Otherwise download the MyTeksi app that generally works pretty well although it uses the same cabs as the ones you see on the streets.

3.Customer service is a bit of a foreign concept

As far as KLites are concerned, most people are friendly and welcoming, often much more so to visitors than to their own. Service in stores, except for the high-end ones, can be erratic. I’ve known salespeople to simply disappear after asking them a question they found too difficult. Sometimes it’s just because they found your accent a bit mystifying so do repeat your question slowly or ask it more simply. Patience is a major virtue when doing anything in KL.

4. Public toilets can be really scary

A word about toilets: where possible, stick to hotels or the major shopping centres when you’re out and about. Most toilets are the type you’ll find anywhere but you may sometimes find squat toilets, traditional toilets that require you to get down on your haunches to do your thing. Not something to try if you’re not used to it, unless you’re desperate. These are also the reason why you sometimes find footprints on the seat of your toilets: someone more familiar with the squat type had to use the seated ones and so climbed onto the seat to squat. As Malaysians become more used to seated toilets, you’ll find less of these but even high-end malls such as Pavilion still have them.

And what are those hoses by the loo? Malaysians like to use water to clean themselves after doing their business and that’s what those are for. Unfortunately they tend to be a bit clumsy with them, hence the reason for toilets sometimes being very wet. To counter this, some hotels have installed in-built bidet sprays that work pretty well. You are of course not obliged to use any of these. By the way, if there seems to be no toilet paper in the stall, there is usually a roll outside near the sinks so you should grab yourself some before you go in.

Some of you may have read that Malaysia considers itself a Muslim country. The global media has stereotyped Muslim countries as those where women are oppressed and must be covered up from head to toe. Any visitor will realize that this is another example of a stereotype that is untrue in real life, particularly in Southeast Asian Muslim countries. In multi-ethnic multi-religious Malaysia, you will see all varieties of people, both Muslim and of other faiths. You will definitely see Muslim women in hijab (headscarf), usually with their national costume, the baju kurung, in a variety of colours and styles. And most of them will be out working, driving cars and generally going about town just like you would.

The most important thing to remember is that if you’re not Muslim, nobody will expect you to cover up, unless you intend to visit a mosque in which case hair, arms and legs should be clothed. Malaysians are generally very tolerant of different faiths as long as you also respect theirs.

It would be rare to find alcohol or pork served at most public functions you might go to but people are much more relaxed in private. If you don’t know where anyone stands on this, it would be better not to ask for alcohol or to bring a bottle of wine as a gift.

Malaysians are also extremely polite and may not let you know if you’ve made a gaffe. Muslim men often do not shake hands with women but if you extend your hand, they are unlikely to decline it out of courtesy. Just watch what everyone else does although this may be difficult if you are the only woman.

If you’re walking around and you hear catcalls directed at you, I apologise in advance for our uncouth men. The best thing to do is either to ignore them, or if they do get very annoying, and you’re in a very public place, to call them out and embarrass them. Never take them on if you’re alone in a quiet street.

7. Get your timing sorted

Overall when it comes to work, Malaysia operates pretty much like everyone else with small differences. We have very long lunch breaks on Fridays to enable Muslim men to go to the mosque for prayers. There are also innumerable public holidays to cater to our multi-religious population so do check before you come.

Hope this helps you enjoy your visit to KL! 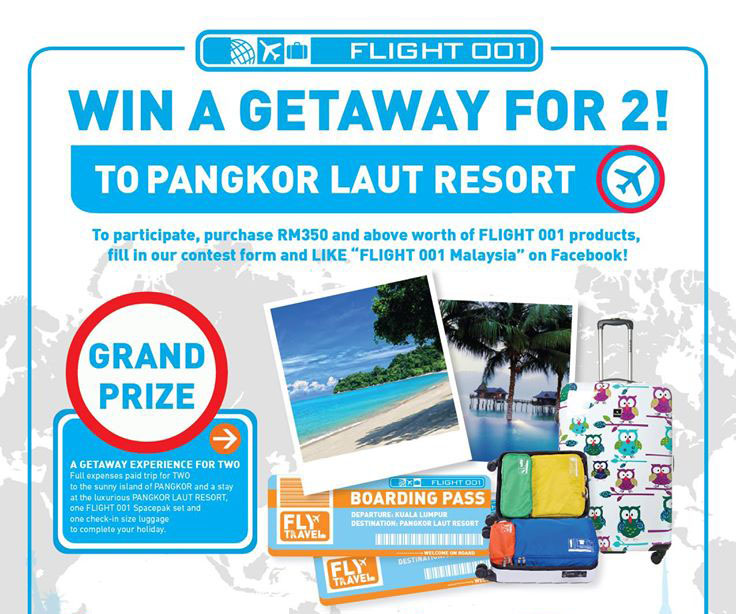 
Stand A Chance To Win A Beach Getaway Fo...