Travelling alone, especially if you’re a woman, carries considerable risk. Sadly, robbers, pickpockets, and con artists frequently view female travellers as easy prey. But these days, we’re reading reports of something far more sinister than your usual taxi or travel insurance scams. Among these threats is the risk of becoming a victim of human trafficking.

It doesn’t matter where you travel to, and even men can fall prey. Here are some human trafficking travel scams you may not be aware of and how to prevent them.

Youths, young women, and those in lower income groups are particularly appealing targets for labour trafficking recruiters because they sometimes lack the financial means to turn down any job opportunities. The ‘deals’ they accept from traffickers frequently entail hazardous working conditions as well as the debt bondage trap, which requires them to work off a ‘debt’ to the ‘employer’ for travel, lodging, and food expenditures that are rising faster than their meagre wages can cover.

According to the MCA Public Services and Complaints, only 30 of the 114 victims of human trafficking resulting from false job scams reported to MCA were able to return to Malaysia, Of the instances, 54 were trafficked to Cambodia, 29 to Myanmar, and 11 to Laos, among others.

One of the victims is now in Laos after spending more than three years in detention and being sold four times to different syndicates.

In one incident, a Malaysian woman who travelled to Cambodia for a holiday on 23 July 2022 was cornered by a group of Chinese nationals on 7 August 2022 while she was having dinner and was prevented from leaving.

No one came to her aid although she screamed for help. When the group failed to force her to transfer all her funds from her bank accounts to them, they decided to trade her off to human traffickers. She was then sold to a scam call centre and forced to work for them.

Another Malaysian victim of human trafficking was successfully rescued after she managed to reach out to the Cambodian Deputy Prime Minister Samdech Krolahom Sar Kheng on social media for help. She tried to buy her freedom with RM31,000. Sadly, she was sold to another syndicate before finally being rescued.

Most people who become victims of sex trafficking aren’t kidnapped off the street; rather, they are groomed and deceived by people they know into engaging in sexual activity with traffickers for financial gain.

Those with little to no experience can find overseas job postings online that offer substantial monthly incomes. Scammers detain job seekers after they accept the bait and take off, robbing them of their phones and travel credentials. In order to get victims to commit fraud against others, continual threats of violence and torture are used against them.

In one incident, MCA Public Services and Complaints Department Head Datuk Seri Michael Chong received a video showing two people being tortured. A man and a woman were shown pleading for aid in two separate films, with the male getting tasered while handcuffed in the first one. The second video shows a handcuffed woman sobbing while the taser is used somewhere out of frame.

A Malaysian couple who had set out for Thailand to hunt for their missing son learned that he had passed away on 11 May 2022 at Mae Sot Hospital in Tak province, northern Thailand. The 23-year-old man was probably tricked into believing he had a work offer and then trafficked to Myanmar. According to the hospital, Zhan was abused.

A Malaysian teenager in Myanmar had to call people from all over the world for 12 hours a day to entice them into a love scam for a criminal syndicate. The scam involved forming a love connection with foreigners, including Malaysians, in exchange for cash. The young man also saw about 200 other Malaysians in the compound, many of whom were young girls.

Drug gangs in Malaysia have been utilising social media platforms like Facebook and WeChat to recruit young people through false promises of ‘paid vacations’ and part-time courier work.

One victim from Malaysia, 15 years old at the time said she had met a friend on Facebook who gave her a flight ticket to Hong Kong and RM2,000 in spending money. He told her it was a free holiday. One of the men returned the next morning, just before her flight, and gave her and another passenger a pair of shoes to wear to Hong Kong was requested.

She had just landed in Hong Kong when she was selected for a body check, during which 700g of heroin were discovered in the bottoms of her shoes.

The most important piece of advice for preventing human trafficking is to be wary of quick ‘friends’ and job offers that sound too good to be true, no matter how desperate you are for cash — it’s never worth risking your life. 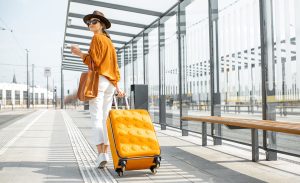 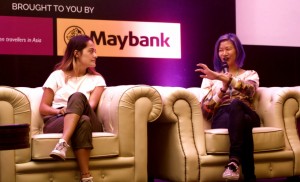 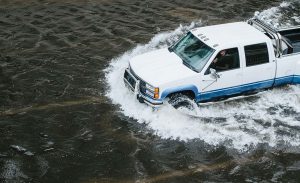 How To Get Your Car & Yourself Through A Flood 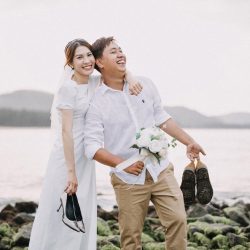 
Destination Wedding Guide: Everything Yo...