Even the most seasoned woman traveller knows that holidaying while on your period can be a pain – literally and figuratively. It’s not uncommon that we plan beach holidays around our menstrual cycles to be sure we’re not feeling bloated in a bikini. Or only agree to hiking trips two weeks after our period is due to make sure we don’t end up feeling extra icky or end up cramping in the jungle.

Sometimes though, you just can’t avoid jetting about while menstruating, like for work or during a special occasion. Enter hotel room yoga. After all, it’s probably a good idea to balance all that holiday grub with a little workout.

Besides a svelte physique, the physical yoga practice also has other benefits — the alleviation of dysmenorrhea (pain during periods) being one of them. The important thing to keep in mind, however, is that there are certain poses that should be avoided (like downward dog or other intense inversions including plow pose, crow, and handstand) as they go against the natural exiting flow of your blood.

Fret not, we’ve done the homework for you. So along with bringing consciousness to your breath (if you’re a seasoned practitioner, this is where your ujjayi and pranayama come into play), just do a few rounds of these asanas. Wherever you are or whenever you get your period, here are a few super easy yoga poses you can do to help relieve those literal aches and pains: Especially good after sitting or lying down for an extended amount of time, this standing forward bend helps get the blood circulation within the pelvic region going, thus relieving cramps and pain that stretched from the back towards the legs. You can further the feeling of release by folding your opposite elbows together and relaxing into the pose.

This is a rather active pose, so move slowly between cat-cow to warm up the body, lingering in a pose if desired. These gentle movements will relieve abdominal cramps and also strengthen and tone the muscles within. It’s believed that moving through these asanas also help with coordinating any emotional unbalance brought about by one’s menstrual cycle. Open up your heart with a backbend. Once the body is totally warmed up (after several rounds of cat-cow), various gentle backbends such as ustrasana are okay to practice for a more intense release. Do keep in mind that deep backbends like a full wheel should be avoided. 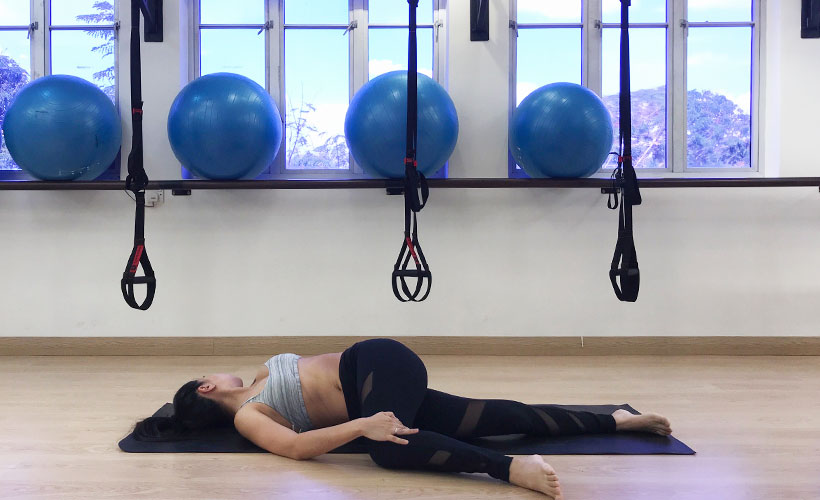 Think of this pose as ‘wringing’ out your body. This detoxifying twist releases tension stimulates you and refreshes the body’s inner organs. Hold this reclined twist for at least eight deep breaths on one side before moving to the other. Remember to relax the shoulder, hips, and to let gravity do its thing. 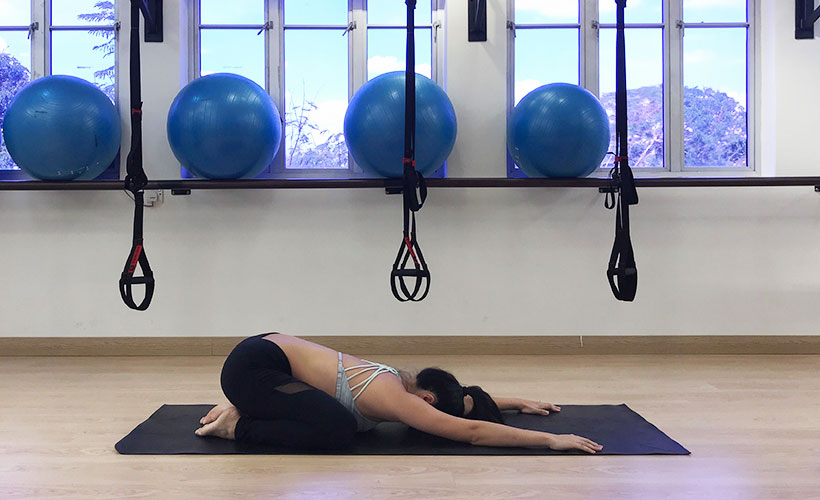 So simple and yet so relaxing. Balasana is one of the best postures for combating period pains as it releases aches generated in the back while stretching the hips, thighs, and torso. Also, because it’s such a calming pose for the mind, it’s generally therapeutic and encourages pain relief. Stay in this pose as long as you want. It’s recommended that you do this as one of the last poses of your practice, just before getting into savasana (corpse pose), the final pose in any yoga sequence.

Because these poses are so simple, you can even do them outdoors. Yoga, despite being utterly relaxing, is also a fantastic way to keep fit. So enjoy the views of your cliffside hotel as an outdoor activity.

*All photos by author unless stated otherwise. 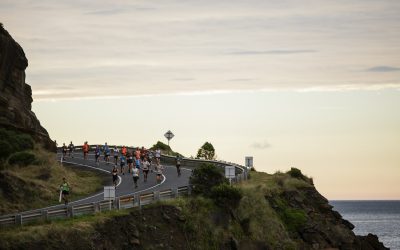 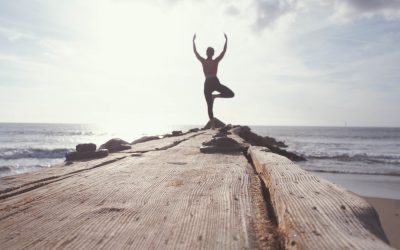 6 Yoga Studios To Practice At In Ubud, Bali, Indonesia 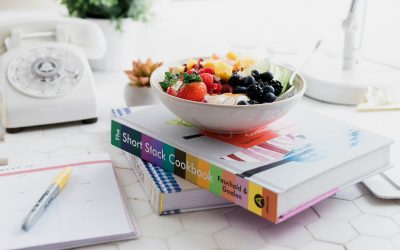 15 Foods That Keep You Fit On The Go 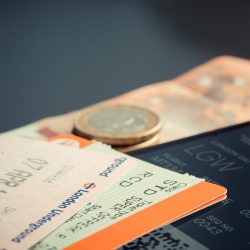 
11 Ways To Get Your Flights For Cheap