To state the obvious, there’s loads of awesome food in Ipoh. The capital of the Northern State of Perak, which oozes a charming small town vibe despite attaining city status in 1989, shines particularly in hawker food. Even before its long overdue recognition as one of the world’s most liveable cities and the sixth most attractive Asian destination according to Lonely Planet, articles touting Ipoh’s best foods were easily available.

An unassuming stall in Kampung Simee market that does superb egg tarts, a former pushcart turned drive-in that dishes out thousands of soya bean milk daily, and a nasi kandar (rice with curries, an Indian Muslim specialty) institution that can give Penang a run for its money – these “hidden gems” now sit firmly on the bucket list of every discerning foodie. But if you’re wondering what kinds of foods are unique to Ipoh or that are prepared in a style that is unique to the city and where to eat them, well… you have to ask a true blue “Ipoh mali” native. I am sharing this list as a proud Ipoh-ite, foodie and food writer. You have to sample these at least once.

Even with the rise of many excellent artisanal cafes, we would still pick white coffee in a heartbeat. Supposedly dating back to Ipoh’s tin mining heydays, white coffee is brewed from roasted Arabica coffee beans, laced with evaporated and sweetened condensed milk and “pulled” to achieve a creamy head of froth. The caffeine is strong but it should glide down your throat instead of kicking you in the teeth. The result is so more-ish that it hits you like a decadent dessert rather than any ordinary beverage. The usual adjectives like “smooth, fragrant and rich” don’t do it justice. Though the ingredients and preparation method remains the same, every respectable low chiew phai (venerable institution) will have his own unparalleled blend.

There are too many to name, but this Always Travelicious! blog entree on 9 places to drink white coffee in Ipoh is a good place to start your research.

It was my father who pointed out that these lime-sized fish balls are unique to Ipoh dim sum shops. One of the best places to enjoy chewing on these bouncy, salty, springy morsels is at Foh San. Once an Ipoh institution that drew even out-of-town diners, the restaurant has suffered a beating in its reputation over the years but still serves some of the best fishballs around. Embedded with orange peel, they impart a refreshing tangy lift. For more regular but really good, fresh dim sum, my parents and I prefer the new-ish Lok Hin in Soho Ipoh. It may lack the atmospheric ambience of the low chiew phai but more than makes up for it in quality and freshness, as the dim sum is steamed to order rather than left to roll out on the trolley cart.

Most, if not all, Chinese tai chow (literally, ‘big fry’, referring to dishes cooked in woks over roaring fire) restaurants in Ipoh seem to be battling to make the best kon chin har – large prawns pan-fried in soy sauce. And if you’re lucky, you may get the big-headed freshwater variety from Tanjung Tualang. The dish is simple but the salty-sweet umami flavours permeate all the way to the crunchy shells. Eaten with steamed white rice, the satisfaction is off the charts.

Fun and liew are Cantonese words for noodles and yong tau foo (vegetables stuffed with minced meat, then steamed or deep-fried), respectively. In Ipoh food speak, they are inseparable and invariably served as one dish. This is how you do it Ipoh-style: Pick your favourite pieces of liew from the spread, choose a noodle of your liking, and specify how want it to be cooked. You can have the noodles kon loe (blanched and tossed with soya sauce and oil), or in some kind of soup (clear broth, curry or laksa). It’s usually eaten at breakfast.

Judging by the thousands of such stalls in Chinese coffee shops, Ipoh-ites clearly have a love affair with liew fun, so it’s impossible to pick a “best of”. Everyone has their favourite.

One particular variant of liew that is rarely found outside of Ipoh is the sar kot liew. Coarsely chopped sar kot (turnip or yambean or jicama) is mixed with seasoned fish paste, then wrapped in a large sheet of foo pei (beancurd skin), sliced into discs, and deep fried until golden brown and crispy.

Unlike other cities, where the rice noodles tend to be smothered by sauces, the most popular way to eat chee cheong fun (steamed rice rolls) in Ipoh is deceptively simple – with a dash of soya sauce and sesame oil, topped with cut green chillies, crispy fried shallots and toasted sesame seeds. It’s all the better to highlight the fun’s slippery-as-silk texture! Another popular-in-Ipoh variation is ham fun, where the rice noodles are stuffed with a filling of stewed jicama, stewed meat and dried shrimp, and rolled up. Of course if you like your noodles saucy, you can still drown your noodles in mushroom sauce, curry gravy or loads of chilli and sweet sauce, but why would you?

These salty vegetarian snacks that originate from India’s Bombay mix have a very special place in Ipoh people’s hearts and our history. We have the world’s only official “kacang putih village”, thanks to a freak accident that happened in the 1970s. Sometime between the first and second World War, a group of villagers from Ettayapuram, Madras landed at Gunung Cheroh, one of Ipoh’s many limestone hills and introduced kacang putih to the town. In 1973 or 1974, a piece of rock broke off the cliffside and landed on one of the homes, forcing the community to relocate to Buntong, a suburban neighbourhood, where some two dozen families carried on their forefathers’ business out of their homes. Running the gamut from crunchy fried morsels to salted nuts and beans, these calorie bombs make excellent snacks and souvenirs.

This kon loe-curry hybrid is not unique to Ipoh but it is found more commonly in the Silver City than any other I’ve visited. A dry curry mee with “all the works” comes with chicken strips, char siew (caramelised pork), siew yoke (roast pork), blanched bean sprouts, and mint leaves. The difference lies in the curry paste, which most of proprietors make themselves. Though debates about the “best curry mee in town” are vociferous, the same names keep coming up: Yee Fatt (Hainanese style curry), Nam Chau (Indian spices flavor), Moon de Moon (more spicy) and Xin Quan Fong (noted for their sides of roast pork). One shop, Sin Seng Fatt, has done so well that they export their curry paste to Hong Kong.

This guide from J2Kfm is your Ipoh dry curry mee bible.

Kai si hor fun is flat rice noodles steeped in a clear savoury broth heaped with tender chicken strips and shelled prawns. Many locals will cite Thean Chun Coffeeshop, a former barbershop with distinctive end-to-end wall mirrors, as having the best version in town, but Restaurant Moon de Moon and Loke Wooi Kee’s versions have their own fervent fanbase as well.

Restoran Aun Kheng Lim 24 Jalan Theatre | Tel: +605 2542 998 | Opens: 10AM – 7PM daily (takeaway only); this grand old dame is still a crowd-puller since opening in 1940, so make sure you pre-book, especially during festive seasons like Chinese New Year where thousands of boxes shift as souvenirs.

This curiously named dessert/drink (it means “spinning giddily” in Cantonese) bears a close resemblance to Taiwan’s ai yu (fig jelly) ice. Basically a mound of shaved ice topped with a translucent yellow jelly made from plant extracts with a herba-lish taste, offset by a generous drizzle of sweet-sour syrup and pieces of salty dried plum, it makes a marvellous thirst-quencher. Usually sold at ais kacang (shaved ice dessert) stalls, it may also be served with a swirl of creamy coconut milk, palm sugar or some of the other condiments usually found in ais kacang.

Tong Sui Kai, meaning Desserts Street, comprises a row of stalls along Jalan Sultan Ekram and is the place in Ipoh for all kinds of local and traditional sweets, including wan thau long. Most stalls open from 6PM till late. One of the better versions can be had at Lim Ko Pi 10, Jalan Sultan Iskandar | Tel: +605 253 2898 Opens: 8.30AM – 6PM, Tuesdays – Sundays.

How did this distinctively Western-provenance dish end up in an Ipoh food list? Well, because it was comfort food to many, many Ipoh students who have fond memories of getting their fix of rice served with a Hainanese-style chicken chop or pork chop in tomato sauce, from the Super Kinta market.

Once a special delicacy for Perak royalty, this dried beef curry is prepared by cooking meat in coconut milk along with some 20 different herbs and spices for at least five hours until it is completely dry and takes on a dark brown hue. By then, the meat is deeply infused with the flavours of the seasoning. If that sounds absolutely delicious, that’s because it is.

Because of the laborious preparation, rendang tok is frustratingly elusive these days and the only places you can eat it is at a Malay kenduri (a feast, held for weddings and other important celebrations), or high-end Malay restaurants. Chances are, you’ll find several stalls selling this at the farmer’s market at the Ipoh Stadium every Saturday morning.

Though the football-sized fruit isn’t native here, Ipoh’s pomelos are reputed to be the world’s best thanks to our famed limestone water, which is credited for everything from the local lasses’ alabaster complexions to crunchy succulent sprouts and silky rice noodles. The alkaline content is supposed to neutralise the acidity of the soil, resulting in a sweeter yield. Pomelos can grow as large as 30cm in diameter and weigh up to 10kg. Tip from a pomelo farmer: Pick several fruits of the same size and compare the weight. A ripe fruit is heavier, due to the weight of the juice. Press the bottom of the fruit in the centre. If it’s soft, the fruit is ripe. Others recommend tapping the skin gently. If the resulting sound is not deep, it means that the rind is thin, which is preferred as it shows the fruit comes from a mature tree.

They are famously sold outside cave temple Sam Poh Tong along Jalan Tambun, but we recommend going for a tour at one of Ipoh’s many pomelo farms, which collectively cover nearly 500 acres of land. Go Chin Pomelo Nature Park/Kedai Limau Tambun Chin 158258A, Jalan Ampang Tambun, Ipoh | Tel: +605 549 7309/+6016 593 5912 is the one recommended by the state government as a showcase to tourists. Tours are free and available 7 days a week (book ahead as places fill up fast), but are conducted in Cantonese by the owner, 71-year-old Chin Too Kam aka Tambun Chin. For English tours, contact veteran tour guide Mr Rajasegaran Tel: +6012 524 2357; his paid tours includes a visit to two Tibetan temples in the area. 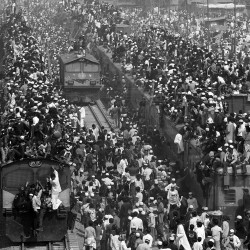 
8 Things In Bangladesh You Need To Be Me...