If you’re someone who travels a lot, then you’ll likely tend to do a lot of work online. As such, it’s important that you have secure internet access wherever you go and at all times. However, this isn’t always easy.

Travellers generally use a virtual private network (VPN) service for the sole purpose of getting around filtered internet access. You’ll need one to remain anonymous and bypass government censorship when in countries such as China, Brazil, India, Turkey, and so on. So if you find yourself headed to one of these countries or someplace remote, you’ll need the kind of protection a VPN provides.

Besides that, there are many other reasons to use a VPN when travelling. VPNs have evolved in recent years and are now an essential tool for plenty of people, both when they travel and when they stay at home. Travellers can take advantage of VPNs before even leaving their house like by finding better deals and keeping their online transactions safe.

What is a VPN?

They’re basically a private connection that acts between your computer/device and the website/application you’re accessing. This may all sound technical, but they’re relatively simple to use. Even someone with barely any technological experience can easily get connected to a VPN.

VPNs are basically private networks that only you have access to. There’s little to no risk of your online security being compromised. Here are the three main reasons to use a VPN when travelling:

As someone who travels a lot, you will be making a lot of online purchases and making use of online banking. A VPN allows you to use your credit card to do your banking, book flights and hotels, access PayPal, and use secure accounts and emails without worrying that someone is able to peek into your personal information.

Internet security is a major issue in the modern age, and these days it’s all too easy for a stranger to steal your data. VPNs encrypt important information such as your bank details and credit card so that people can’t hack them. One practical example of this is being able to rent a car from your hotel room without worrying that anyone else on the network has access to your credit card information.

If you’ve ever been hit by something like a PayPal phishing scam, you’re going to want to do everything you can to ensure it doesn’t happen again. Much like how a pickpocket will hang around places where there are easy marks, such as a subway, a cybercriminal hangs around places where travellers use public Wi-Fi, such as hotels or cafes.

VPNs keep you safe from all of that. With a VPN, you’re able to choose a different IP location, keep data encrypted, and access websites and apps that are otherwise blocked. In short, VPNs are designed to protect internet traffic, whether emails, online data, voice calls, file sharing, and the like.

Many governments block access to certain websites. Some services – such as Netflix and BBC – restrict access to content based on location. VPNs help to bypass these restrictions and allow you to access the websites and content you want anywhere in the world.

As a VPN gives you an anonymous IP address from another country, you can potentially get cheaper flights by tricking a website into thinking that you’re from somewhere else, as some promotional fares are only available to people from certain countries. If you were hoping to book a domestic flight within Madagascar, for example, you could use a VPN to make a website think you are from Madagascar and get access to cheaper fares. Don’t worry about doing this; it’s perfectly legal and worth a go.

What to look for with a VPN

Here are some of the most important considerations to make when choosing a VPN:

How easy a VPN is to install is one important; especially for people who don’t want to bother with lots of technical stuff. Find a VPN with an auto-connect feature to ensure your privacy is secure.

Some VPNs might not work in the locations that you travel to. Find a VPN that works in as many places as possible.

VPN services will often slow down your internet connection as information is passed through extra servers. Find a VPN that still offers an acceptable internet speed.

Certain VPNs may only work with Android devices while others only work with iOS devices. You want to use a VPN that is compatible with every device you are going to use it with.

As some people use their phones and laptops at the same time, it helps to have a VPN that allows for simultaneous connections.

You’ll inevitably run into some kind of problem when using a VPN. When that happens, you want to be able to reach out to customer service and get a prompt response from support.

Tips for using a VPN when travelling

If you don’t have a strong internet connection, then your VPN may connect and disconnect. Your data isn’t secure when you aren’t connected, so don’t do anything confidential like making financial transactions. A VPN that auto-connects also helps to minimise this risk.

There may be times when you can’t connect to your VPN at all. Once again, make sure that you don’t do anything that requires a lot of security in these cases. While VPNs can help to protect your data from hackers, the VPN service may keep records of the websites you access. You should avoid using them for illegal activity.

Some countries where a VPN should be used

Some countries block access to certain sites on the internet and keep a close eye on their citizen’s internet usage. For these countries, we recommend using a VPN.

China has a history of censoring the internet, and their block on the internet is commonly referred to as the ‘Great Firewall’ that allows access to approved sites only. No Facebook here unless you have a VPN.

Large sites and services such as LinkedIn and Telegram have been blocked in Russia, along with others that have not complied with the government’s demands. Surveillance of internet browsing is also very common, so if you want to protect your privacy, a VPN is recommended.

Iran has a huge block on the internet, with most major websites and apps blocked. These blocks are done for moral and political reasons.

Surveillance in Saudi Arabia is very high. They block a lot of services and websites such as Skype and WhatsApp. Traffic is sent through a central hub, so everything is monitored.

Social media often gets blocked in Pakistan. While this ban is not constantly in place, if you want to use these services we would recommend a VPN, as you may find YouTube or Facebook down (as has been the case in the past) when you arrive.

For a little more information, go through this infographic on VPN usage around the world: 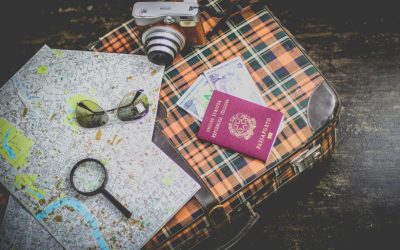 How To Get The Best Deals In One Travel App 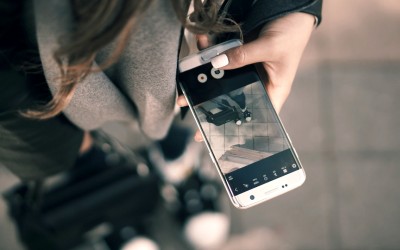 Niall Price
Niall is a community manager at Best VPN. He has a passion for web design and user experience and when not working, enjoys playing rugby, swimming, and gym work.
W 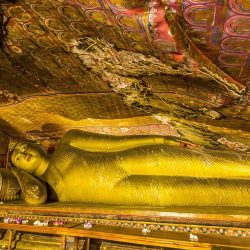