Flying, even in this day and age, still carries a certain amount of risk. And these fears are only magnified when you’re carrying a baby in your belly (no, not that of the food variety).

The general rule of thumb for the healthy and safe travel of a mother and their child is to avoid flying during the first trimester. Not so much because of general baby safety concerns, but because of the discomfort flying can cause to the mommy-to-be. Fatigue, muscle tenderness and morning sickness normally kicks in around the seventh to eighth week of gestation, so throw in a little sprinkle of travel stress and it might be a whole other ballgame.

But once you’re over that bump, where do you draw the line?

Well, airlines make it easy on expectant mommies with their pregnancy advisory. And we’ve summed up some of our go-to airlines’ advisories below: Pregnancies between 28 weeks to 34 weeks is sort of a maybe situation. As stated on their website, it’s a go, but only with a medical certificate confirming the number of weeks of pregnancy dated not more than thirty days from the scheduled flight. This excludes flights to/from the United States and requires the passenger to sign a Liability Statement.

Pregnancies upwards from 34 weeks is strictly a no-fly.

For this airline, pregnancies up to 28 weeks will require the passenger to sign a Release and Indemnity Form to be allowed carriage, while pregnancies between 28 weeks to 35 weeks is a little more complicated. Passengers will be expected to present a medical certificate confirming the number of weeks of pregnancy dated not more than thirty days from the scheduled flight and a sign the Release and Indemnity Form.

Pregnancies upwards from 35 weeks will be refused carriage.

In the case of this airline, pregnancies up to 28 weeks will be allowed to fly without hindrance, but pregnancies between 28 weeks and 32 weeks will be permitted to take off after presenting a medical certificate dated no more than seven days prior to travel confirming a single or multiple pregnancy, stating that the pregnancy has been complication-free and the number of weeks of pregnancy.

Pregnancies upwards from 32 weeks will not be permitted to board.

Pregnancies up to 32 weeks is mostly a green light situation except for flights to Dhaka, Colombo and Kathmandu. Pregnancies between 32 weeks and 36 weeks is more of an orange light situation; it’s a go but only for single pregnancies and the expectant mother must have a medical certificate confirming fitness to travel dated within ten days from the scheduled flight.

Anything upwards from 36 weeks is a red light with Jet Airways.

Planning on flying pregnant? Here’s what you need to know if the baby decides to come mid-flight: Pregnancies upwards from those listed above will be strictly grounded.

Single pregnancies up to 36 weeks are considered fit to fly while multiple pregnancies up to 32 weeks is a grey area. Passengers will only be allowed aboard with a medical certificate confirming fitness to travel, number of weeks of pregnancy and estimated date of delivery dated within ten days from the scheduled flight.

Pregnancies upwards from the listed above is a no-fly.

Pregnancies upwards from 28 weeks will require a medical certificate or letter signed by a qualified doctor confirming fitness to travel, number of weeks of pregnancy, the estimated date of delivery, the confirmation of a single or multiple pregnancy and that the pregnancy is progressing without complications.

HOWEVER, Emirates does reserve the right to refuse boarding should they doubt a passenger’s ability to complete the journey safely.

Here’s how you can avoid being David Dao-ed off your flight:

5 Ways To Avoid Getting Bumped Off Your Next Flight For this Hong Kong flag carrier, pregnancies over 27 weeks is a no-go, but exceptions can be made with a medical certificate confirming fitness to travel, number of weeks of pregnancy and estimated date of delivery, dated within ten days from the scheduled flight.

Anything upwards from 28 weeks, is a no-fly on Thai Airways. But not unlike other airlines, exceptions can be made with a medical certificate confirming fitness to travel and number of weeks of pregnancy, dated within seven days from the scheduled flight.

On this Philippine carrier, pregnancies up to 34 weeks are deemed fit to fly, but pregnant passengers are advised to carry a medical certificate stating number of weeks of pregnancy and declared fit to travel, dated within seven days of the scheduled flight. A Special Handling Form is also required to be filled in and presented at check-in.

Anything upwards from 34 weeks is strictly no fly with Cebu Pacific Air.

The most lenient airline from our overall review of air travel advisories, expectant mothers up to 36 weeks pregnant are generally still boardable when flying with ANA Nippon.

Pregnancies within 4 weeks of their due date will need to submit a medical information form as provided by the carrier that is made downloadable on their website. 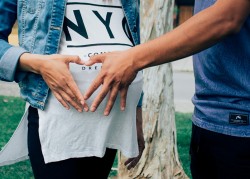 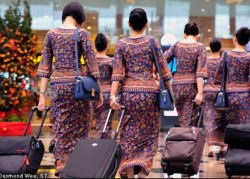 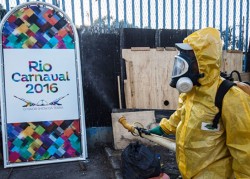 Sue May
Whiskey drinker. Whimsy finder. Word writer. Sue May is a fan of big words and arcane definitions. Fascinated with stories, this honorary Geordie enjoys stumbling down well-trodden paths, roads less travelled by, and meeting new people. (Sometimes she writes about them.)
G
SHARE THIS STORY
0
SHARES 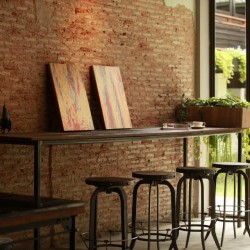