Which of the following sounds like the most dangerous way to spend your next holiday?

A) Going to Brazil, epicenter of the Zika virus, for the Olympics

B) Visiting Istanbul, where eight German tourists died in a terrorist attack in January

With stories of the Zika outbreak making headlines, my immediate answer was Brazil. The last I read, the virus had spread across the Americas and made its way to Indonesia. Surely Brazil is the riskiest place to be at this moment.

Seth Kugel posed this question in this New York Times article titled “An informed traveller is a safe traveller”, saying that there is no right or wrong answer. Our answer depends on how we measure risk and our consumption of news.

The way that you measure risk is based on complex factors, including personal ones. Mosquitoes may love you, terrorism may have touched you directly, your husband may be a terrible driver, and that project may include asbestos removal.

On top of that, Kugel says our fears are increasing because there are lots of noise and dramatic news reports out there about the dangers of travelling.

“How scared or not you are is an emotion, not a statistic,” said David Ropeik, a risk consultant and the author of “How Risky Is It, Really?” As fans of haunted houses will attest, risk and being scared are two different things. But Mr. Ropeik’s point is that in the battle between your gut and your brain, your gut will win.

In fact, he posed the notion that staying at home could be more dangerous than say, going to Brazil or Istanbul.

Using United States as a case study, Kugel goes on to highlight how an American faces more danger staying in the country than going to what the media has painted as risky countries. For example, Zika and terrorism are high-decibel threats, but the leading cause of non-natural deaths among Americans abroad is actually motor vehicle accidents in Thailand and Dominican Republic. At the same time, an American who chooses to stay at home runs the high risk of road deaths and gun violence.

If you decide to stay home, keep in mind that carries its own risks. “We are more scared of the unfamiliar than the familiar,” Mr. Ropeik said. Yet we run long- and short-term risks every day: eating fast food, walking under a crane and crossing busy streets, not to mention drinking water tainted with lead.

At this point of the article, I wanted to change my answer to D) Staying home to work on a long-put-off home improvement project. But then again, in Malaysia, the risk of contracting dengue fever could potentially be higher than contracting Zika in Brazil.

Even staying at home is not risk-free. If that’s the case, how can we make sensible travel destination choices? “The antidote is good information,” says Kugel.

Travellers should seek out information specifically for them like the website of the federal Centers for Disease Control and Prevention, which cautions pregnant women against travelling but restricts its warnings to most others to preventing mosquito bites, rather than changing travel plans.

Another way is to nudge your gut toward rationality by feeding it accurate information.

Instead of letting fear stop you from seeing the world, turn that fear into caution and awareness to err on the side of caution when you are in a potentially dangerous country.

Instead of holding off on a trip — or becoming a hermit — the best way to stay safe is to reduce risk on the road. That may be by using mosquito repellent religiously at the Olympics, taking public transport in New Zealand, and spending less time in big European cities and more in small towns. Another way to knock risk down a notch is to mitigate the impact of potential crises by, say, buying medical evacuation insurance. Keeping a list of top hospitals and emergency numbers at the ready helps as well.

Kugel advise weighing the potential travel risk against the potential travel rewards to see if the risk is worth taking. However, don’t be disappointed if you are gung-ho on visiting Brazil but your go-to travel buddy is not. The outcome will differ greatly among different people according to their personal level of comfort and boldness.

The last piece of advice Kugel has to give in the article is gold for the more cautious traveller.

The final thing you have to fear is fear itself. If after careful deliberation you’ve decided that the risks are slim, but you’re still terrified, then consider staying put. Not because of the risk to your health, but the certainty that you’ll be too nervous to appreciate your travels.

To read Seth Kugel’s “An Informed Traveller is a Safe Traveller”, click here.

Tips for staying healthy while travelling in Asia 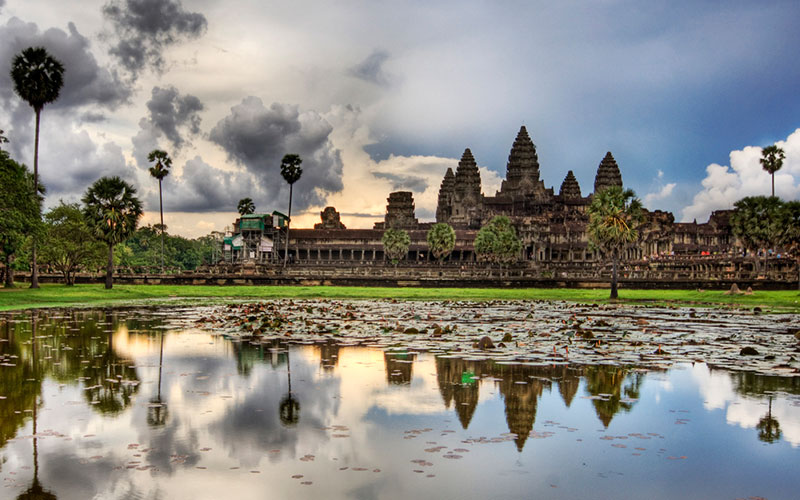 
Angkor, What? One Traveller’s Unforget...