Ever since opening up its borders, Myanmar quickly became an emerging tourist destination in the global tourism market. The previously isolated community suddenly saw an influx of tourists bringing in not only foreign money, but also foreign culture and attitudes. Worried about the risk of unsustainable tourism and its impact on the culture, society, and environment, the Myanmar Ministry of Hotel and Tourism created a set of guidelines, aptly named the ‘Dos and Don’ts for Tourists‘.

This guideline serves to help tourists connect with the locals better, understand the Myanmar culture, and travel the country responsibly:

1. DO ask about the local customs before visiting ethnic minority villages

In a population of approximately 53.9 million people, there are 135 identified ethnic groups such as the Shan, Karen, Rakhine, Chin and the list goes on. Each ethnic minority have their own distinct language, beliefs, and culture that makes Myanmar an immensely diverse country. For example, when visiting the Ahka tribal villages, you should be careful to not photograph a pregnant woman.

While Myanmarese are naturally friendly and outgoing, they might not appreciate being photographed in compromising positions. It is disrespectful, for instance, to take photos of a woman taking a shower at the river even though she may be clothed.

Myanmar is still a cash country, only top-end hotels and some travel agents would have credit card facilities. ATMs are becoming a common sight now, so you don’t have to carry all your money with you. As for money changers, US dollars is the preferred currency. Make sure your notes are printed after 2006 and are in perfect condition with no creases or the money changers will not accept it. It’s best to change your money at reliable exchange counters and not on the black market.

4. DON’T go where you’re not allowed

Since welcoming tourists in 2012, Myanmar has slowly opened up to the world. More destinations in the country are becoming accessible to tourists. However, there are still many restricted areas that require tourists to obtain a permit from the Ministry of Home Affairs and/or Ministry of Tourism before they are allowed to enter.

5. DO cover your shoulders and knees when visiting religious sites

When visiting pagodas, monasteries and temples, dress conservatively. It is also customary to remove your shoes and socks before entering the religious site. On top of that, it would be polite to be quiet around people who are meditating.

Monks are deeply revered in Myanmar society, you will notice that the highest seats on a table or bus are usually reserved for them. You should never touch the robe of a monk, not even when there is a worm crawling up his robe.

7. DO mind your feet

At the lowest point of the body, the feet is considered to be “dirty”. It is rude to point at people and things using your feet. When sitting in front of a Buddha statue, do not stretch your legs out with the soles of your feet facing Buddha. Instead, sit cross-legged with your feet tucked in.

8. DON’T touch anyone on the head

As opposed to the feet, the head is the most esteemed part of the body. Touching someone’s head is taken as a sign of aggression. Patting a child on the head is believed to be dangerous to the child’s wellbeing.

9. DO be patient when there is an electricity outage

Blackouts are common in the country so chances are you may experience electricity outages.

Public display of affection is not common and frowned upon.

The sale of wildlife products is both illegal and a threat to the environment. On top of that, Myanmar loses its heritage every time antique items are taken out of the country. Help protect Myanmar’s wildlife and heritage by ending the demand for wildlife products and antiques.

13. DO participate in local festivals and culture

Don’t just be a bystander in the country, immerse yourself in the local experience. The people of Myanmar are proud of their traditions and couldn’t be happier to see foreigners participating in their culture. You can start by learning basic words in the local language and see their faces light up in a smile.

14. DON’T give money or sweets to the local children

As the saying goes, “Give a man a fish and you feed him for a day; teach a man to fish and you feed him for a lifetime.” Giving food and sweets directing to the children will create an unhealthy dependency on tourists. If you wish to help the locals, consider contributing to local communities, schools, health facilities, NGOs or monasteries that do good work in developing the community.

15. Last but not least, DO respect the Myanmar people and their unique traditions

Visitors are not asked to abandon their ways, but to adapt to the environment and respect the local sensitivities. When you arrive in Myanmar, you will find that the people are welcoming, friendly and helpful. A smile will make them feel at ease with you and welcome you to their beautiful country.

See the full Dos and Don’ts for Tourists here. 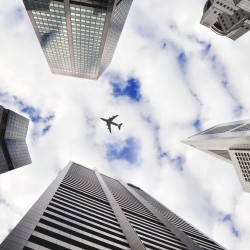 
The World's Most Loved And Hated Airline...