The Middle East. An exotic region with an eclectic mix of cultures and customs. Some are normal and others are downright quirky. As you explore this transcontinental region, you may inadvertently end up offending a local. So, it’s important to be aware of what can be perceived as offensive.

Taboos such as showing too much skin, failing to remove shoes in a host’s home, or interaction with males (if you are a woman), are well known. However, there are lesser-known ways you can accidentally create enemies in the Middle East.

*Disclaimer: These are generalisations and may not be relevant to some countries in the Middle East, but it’s good to have an awareness about them regardless.

Showing the soles of your feet (like when your legs are crossed) can be considered offensive in many parts of the Middle East. Similarly, if you’re sitting on some pillows on the floor, please don’t get too comfortable and extend your legs out so the bottom part of your feet can be seen. The foot is the lowest part of the body, and it’s considered a sign of disrespect to flash them.

Turkey is full of tantalising food and friendly people, but be careful when you greet someone with “Hiya”. While it’s a common way of saying “hello” in the West, it sounds the same as the Turkish word for testicles. Also, if you fancy a peach tea or peach juice, ‘peach’ sounds like the Turkish slang for a person born out of wedlock!

Speaking during the religious call to prayer

When you’re in the Middle East – or any Muslim country for that matter – observe what everyone does when the Muslim call to prayer, or the adhan, is made. Everyone stops what they’re doing and goes silent. This is because its makrouh or discouraged to talk during the adhan and it’s also good to show respect of it. You’ll also notice people say a quick prayer after hearing the adhan, as it’s believed you will receive a reward by doing so. So, stay silent while it’s on and you can resume whatever you were doing once it ends.

Thumbs up and okay

In the West, a thumbs up shows your approval of something. However, in parts of the Arab world, it’s highly offensive and is equivalent to the middle finger. Similarly, in the west, we say ‘okay’ by touching our thumb and forefinger together and extending the last three out. In Kuwait, it denotes the evil eye, and in Turkey, it’s highly insulting.

Try to avoid shaking with your left hand when greeting someone (the right hand is fine). In line with this, do not eat with your left hand as it’s considered unsanitary as the left hand is reserved for bathroom activities. It’s seen as a sign of disrespect to eat or greet someone with it. Also, pass your business card to someone you meet with either the right hand or both hands. The same goes for when making transactions – when settling a bill, pass your cash or credit/debit card using your right hand.

An open palm or moutza

Extending one or all of one’s fingers and presenting the palm or palms toward a person can be seen as highly insulting. Traditionally a gesture of insult in Greece, this motion can also be offensive in parts of the Middle East. It is speculated that this gesture was used to shame criminals during the Byzantine era.

No one sets out to intentionally insult others, (if you do, shame on you!) but as a traveller, it’s your responsibility to educate yourself on the lay of the land and cultural norms. That way, you can learn new experiences and foster great friendships with people all around the world. 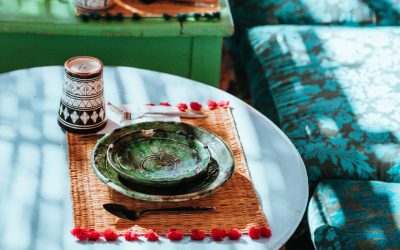 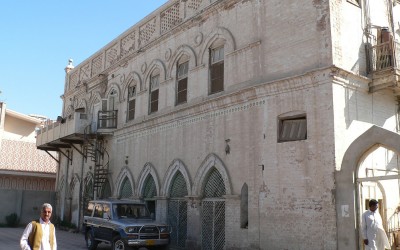 A Taliban Refused To Shake My Hand In Pakistan

Aisha Preece
Aisha is a perpetual adventure stalker. She ditched her corporate job in the beginning of 2017, in search of a career that allowed her to work remotely, and hasn’t looked back since. She loves Mondays and has a deep lust for the outdoors. If you like to laugh at the absurd situations she gets into and also marvel at the exquisite views she discovers, follow her at her blog and on Instagram.
ZXWG+ 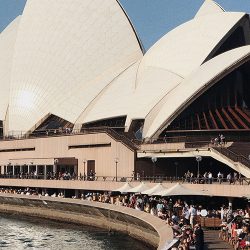 
What I Learned While Travelling With My ...