When thinking of Turkiye‘s myriad desserts, baklava is perhaps the first thing that springs to mind. That said, it’s important to note that these delectable morsels of sweetness have a presence throughout the Mediterranean and the Middle East. While it’s impossible (for now?) to pinpoint exactly which country the centuries-old dessert originates from, most food historians believe it to be Persian in origin, dating back to the 9th century.

Modernised into baklava as we know it today during the Ottoman era, these tiny treats are distinctive. And if you step into just about any Middle Eastern restaurant in and around Kuala Lumpur (KL), you’ll see it served in myriad forms on an immense display of gold and silver platters.

But as the city has countless options to choose from, where serves the best? Well, we reckon these are the ones to beat in our fair city.

Lavand was practically built precisely for Middle Eastern dessert lovers. Whether it’s the beautiful experience of biting into your first luscious premium Turkish chocolate or overwhelming taste senses as you sink your teeth into their exquisite baklavas. With 14 different baklava flavours to choose from — including Almond Chocolate, Cashew Nut, and Chocolate Pecan — your baklava dreams will become a reality at Lavand!

Baklava aside, Lavand’s product offering has evolved to include artisanal Middle Eastern chocolate and confections, as well as distinctive gifts painstakingly produced and hand-picked by their creative team. It’s all about quality and attention to detail here.

Fresh daily bakes! At Damas Sweets, they believe that baklava is more than just a dessert — it’s an art representative of Middle Eastern culture. Expect an extra layer of light and crunchy pastry baked till golden brown and packed with ground pistachios, sliced into an extended triangle form, and glazed with syrup. Yum.

Here, you will find delectable baklava flavours including Asiesh Pistachio, Nest Cashew, and Rose White Chocolate. Need some Maamoul and a slice of Knafeh? They have them too.

With a tagline that reads, ”Healthy products for the healthy minded,” Baaji’s is a purveyor of mouth-watering delights while maintaining a balanced diet in mind. Whether it’s with their luxury dates, premium baklava, various nuts, dried fruits, or artisanal desserts — all of which are made with the purest and most premium ingredients from scratch.

When it comes to the baklava in question, they focus on honey-based flavours with five distinct coating options: Pistachio, Almond, Cashew, Walnut, and Bird’s Nest. To assure the highest quality, Baaji’s specialities are freshly baked every day by a highly skilled in-house pastry chef following stringent hygiene standards.

Al Afif Sweets is well-known for its Middle Eastern treats, but their vast assortment of delicious baklava is also a reason to drop by the tiny five-star shop in Kota Damansara. You will get roughly six pieces of baklava for RM16 in their 100g box, and yes, you are allowed to play mix and match with the baklava flavours as long as they are in the same price range.

However, we must warn you that their baklava may taste a little sweeter than at other places. As a result, we recommend that you try a sample first before deciding on a flavour. If you’re hosting an event, this location also accepts corporate and personalisation requests.

We can’t miss out on this viral spot located in Bukit Bintang. One look at the signboard and you’ll recognise the famous shop from TikTok’s For You page. Though they’re widely known for their Knafeh (people are willing to queue up for hours, by the way), they also have an array of other Turkish delights such as baklava and Turkish Premium Coffee. The baklava here is available in six different flavours.

As mentioned, the line can get very long throughout the day. So make sure to come early. You can park your car at Pavilion or Lot 10 and head straight to McDonald’s Bukit Bintang. You’ll be able to spot the shop from there.

Showcasing a selection of Syrian and Turkish desserts, at Almostafa Sweets, you’ll always get a sweet deal. Their baklava is rich, sweet, crunchy, and consists of layers of phyllo dough filled with chopped pistachios and syrup on top — just the way it was meant to be. Though there may be options, over here, they specialise in making pistachio-based baklavas. As a bonus, you’ll notice that prices here are a more budget-friendly compared to other places! 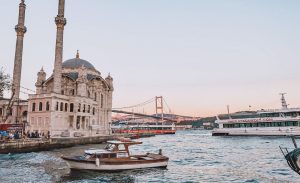 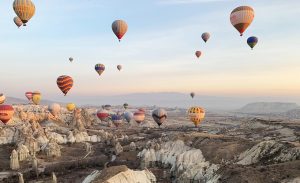 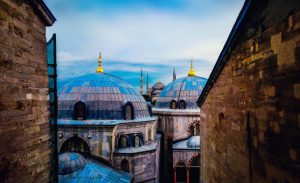 5 Must Visit Places In Turkey 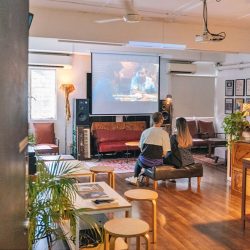