It can get confusing and frustrating at first to figure out public transport (PT) in the Klang Valley (KV) that encompasses Kuala Lumpur and its surrounding townships, but with time, practice — and of course, this guide — you’ll be a pro in no time!

The first step is understanding the different routes, and the kinds of transportation available. In general, the KV has multiple rail transits, buses, taxis, and e-hailing services. But before we get into each kind of PT, let’s look at some general tips and safety concerns.

The most common way of figuring out how to get anywhere is to usually start with a simple Google search. Once you’ve located your destination, plan your journey using Google Maps, the Moovit app, MyRapid’s Journey Planner, or the MyRapid PULSE app.

The ‘Transit’ option on Google Maps will show you a few routes — the shortest or fastest route is usually the easiest. If you find yourself confused, don’t worry, it’s okay to feel overwhelmed. We promise it gets easier to understand with this guide. If all else fails, try asking a friendly stranger for directions.

As women, safety is a very valid concern. Here are some tips that will help ease your worries while using public transport:

Public transportation is a shared service, and practicing simple etiquette will make everyone’s journey smooth and comfortable. For instance, when a train or bus arrives, wait for others to exit before you enter the vehicle. Once inside, don’t crowd the entrances and exits; move towards the centre or back of the vehicle to make room for others to embark. This is especially important during peak hours.

Priority seats in trains and buses (usually in red, orange, or a different colour) are catered to disabled, elderly, pregnant folks, and persons with infants or children. Even if you aren’t seated in a priority seat, it’s common courtesy to give your seat up to someone who might need it more.

Smoking, eating, and drinking are not allowed at all stations, platforms, and of course, on board trains and buses. This is to help keep our public transport environment clean and pleasing for everyone to use. For more information on general travelling etiquettes, visit MyRapid’s website, here.

For payment methods, the Touch n’ Go (TnG) card is commonly used for cashless payments. If you hold a Malaysian Identification Card (IC), your IC can be used as a TnG card. Otherwise, you can purchase a TnG card from RapidKL’s Customer Service Counters at MRT, LRT, Monorail, and BRT stations. If you’d like to pay by cash at rail transits, tokens can be purchased at the stations’ Customer Service Counters or the Ticket Vending Machines.

If you’re taking PT regularly, the My50 RapidKL travel package will help you save some money. It is a travel pass that offers you 30 days of unlimited rides across all RapidKL LRT, MRT, Monorail, BRT, RapidKL Buses, and MRT feeder buses in the KV. Concession cards are also available for the disabled, elderly folks, and students, which entitles you to a 50% fare discount on all RapidKL rides. There are also travel passes for tourists and family group rides like the MyCity Pass and Kelurga Malaysia Pass.

Now, let’s get down to the nitty-gritty. Rail transits connect many major parts of the KV and is the most convenient form of public transport besides e-hailing. If you’re travelling using only rail transits, this Klang Valley Integrated Transit Map is all you’ll need. All railway lines are shown on the map, and you’ll be able to see where each line intersects with each other.

Here are some common terms to help you understand rail transit routes better:

Now that you understand rail transit routes a little better, it’s also good to know that there are two main railway service providers in the KV:

Last but not least, here’s the list of rail transits available in the Klang Valley:

Now, on to KV’s buses. Although they are dependable most of the time, their frequencies are highly dependent on traffic conditions. Expect delays, and plan ahead if going somewhere new. Each bus route has a number, and that number will be displayed at the top front of buses together with the name of the terminal station.

At most bus hubs, an informational display will show the bus routes and their estimated time of arrival. Most bus services have mobile applications to help track bus locations now— which we’ll mention in the list below.

Take note that all RapidKL buses only accept TnG cashless payments, so having a TnG card will be handy if you’ll be taking these buses often. However, Omnibus Selangor buses still use a standard cash ticketing system. After you’ve boarded the bus, a bus conductor will approach you for payment and you’ll be handed a physical ticket.

RKL Rapid Mobility
Although in fact a van, the RKL Rapid Mobility is a public transport ‘door-to-door’ service provided by RapidKL to folks with disabilities. These vans are fitted with a hydraulic lift, giving passengers with wheelchairs ease of boarding.

For more information on service coverage area, operating hours, and booking, visit the website here, or the FAQ section under Rapid Mobility in Klang Valley. We have not personally tried RKL Rapid Mobility, but would love to hear from anyone who has experienced this service before.

GoKL Buses
GoKL is a free bus service managed by Kuala Lumpur City Hall (DBKL). Their buses are not numbered, but are named by colour. For example, the GoKL Green Line services the Suria KLCC and Bukit Bintang areas. Pay attention to the name of the bus when boarding.

Smart Selangor Buses
The Smart Selangor Buses started implementing a ‘Scan-to-Ride’ feature in 2021. You’d have to download the CEpat app beforehand and register an account for yourself. Remember to scan the QR code using the CEpat app when you board and when you leave the bus. This bus service is free for Malaysians, while an RM0.90 fee is charged to non-Malaysian passengers.

Note: We’ve seen some frustrated netizens having trouble registering on the CEpat app. While some have had luck showing their Malaysian IC to board the bus, some were denied boarding if they did not have the app. We’d encourage you to download the app before attempting a journey, or find an alternative mode of transportation.

This mode of public transportation probably needs no introduction. There are many ways to book a ride in the KV via e-hailing. Some of the apps we know and frequently use ourselves are Grab, Gojo, and AirAsia Ride. Of course, there’s also the good ol’ wave-down-a-taxi method to take a metered ride. Most e-hailing apps will also have the taxi option if you’d like to utilise that.

Just be sure that your cabbie uses the meter as sometimes they may try to set an exorbitant flat fee to take you where you want to go. This occurs especially at tourist-heavy locations (such as in front of Pavilion KL), so just ask your driver if they’re using the meter before you hop in.

Well, we hope that was sufficient information to get you started on your public transport journey (literally and metaphorically). All the best and stay safe! 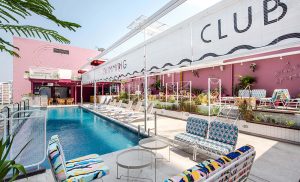 8 Hotels in KL With The Best Swimming Pools 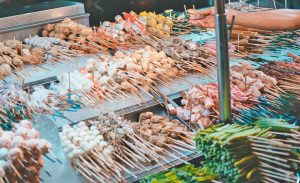 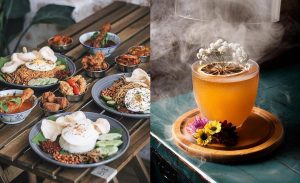 Your Guide To Lorong Panggung, Kuala Lumpur’s New It Street 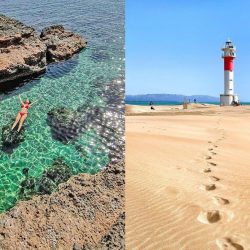 
Sustainability & The Beach Bunny: 6 Must...